Are you ready for our first ever NATIONAL CAMPAIGN?
Home / Current Affairs / Towards a strategy for Muslims in Europe 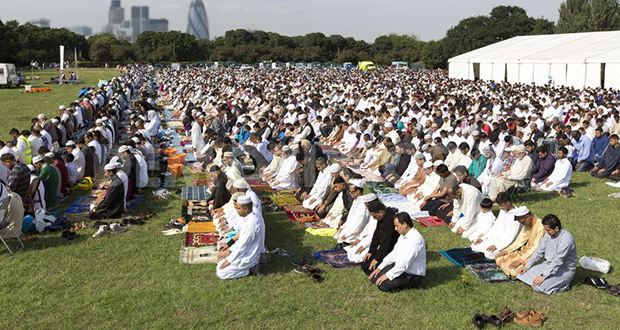 Towards a strategy for Muslims in Europe

Since their main immigration after the Second World War, Muslims in Europe have been living a relatively easy life. However, the proliferation of Islamic symbols and Muslim numbers has changed the mood of the establishments that really control most European states. Liberal Europe woke up to see another way of life, parts of which are at odds to its norms, competing to shape its domestic and foreign policies. The steadfast rise in the numbers of young people who refuse to live as immigrants as their forefathers did, makes the situation all the more interesting and complicated.

Unexpectedly to some, much of this younger generation is speaking proudly of their Islamic identity more so than their parents, and their sense of belonging to the Ummah is phenomenal. Furthermore, they do not feel inferior to the “white man” like their antecedents did or still do, cognitively or subconsciously. More importantly, they have received western education that provided them with knowledge of the right tools to catalyse change, which thus empowered them to aspire for securing a better place for themselves as “different” yet still indigenous peoples.

This sparked increasing concerns various governments started to feel towards Islām and Muslims in Europe. Different countries adopted different policies to respond to this increasing “threat”. It seems some countries, including the UK, are taking advantage of the hostile atmosphere against Islām and Muslims after the ousting of Egyptian President Morsi, and have attempted to wage a cold war on Islām and Muslims both at home and away. The past few months have witnessed an almost daily attack on mainstream Islamic practices: niqāb, hijāb, Islamic education, Madrassas, halāl meat, donations for Syria, Islamic charities, Jihād, not to mention the embarrassing and on-going Trojan Hoax scandals. [1]

Islām is not new

The British had colonised enough Muslim countries in the 19th and 20th centuries to be fully aware of the Muslims’ beliefs and practices. Furthermore, orientalists have translated many classical Islamic books whether in creed, theology, Islamic jurisprudence, Islamic history or anything else, that explains everything about Muslims. They know for a fact that mainstream Islām includes almost all of the beliefs and practices that are currently sensationalised to create scapegoats under the banner of ‘extremism’ or other such meaningless words. [2]

The key question, however is: why have some within the Establishment in Britain turned against these practices it knows to be intrinsic to Islamic belief? Do these people think that Muslims may change their belief systems as Christians did with enough pressure?

I think that the key parties and corporations trying to control today’s Britain have come to a point where they are worried that Islām is participating—or even competing—in shaping tomorrow’s Britain. This will ultimately minimise their control and monopoly in defining our culture, values and ethics as a country. They feel threatened that Islām strips human beings of the courtesy to define what is right or wrong based on ephemeral, subjective experiences, leaving it solely in the hands of their Creator. The same fear can arguably be seen in other European countries to different extents.

“Our way or the highway”

It is apparent that by limiting the freedom of active Muslims [3] and posing threats to them [4], the policy makers of today are sending a strong message to the whole Muslim community, that they have only one opportunity to live in the UK: assimilation. In other words, if Muslims want to live in the UK, they must adopt a version of Islām that will never dare defy the “British values” of whoever happens to be in power to define or interpret them. [5]

The Establishment also seems to give the impression that it is only a “bunch of extremists” that are forcing the rest of the Muslim community to uphold those traditional values and practices, and once they are ostracised, the rest of the Muslim community can be liberated from the shackles of being different to the “superior culture”. They feel that they are in a race with these extremists; who takes the control of the community? Unfortunately they do not realise that although various “bunches of extremists” are vocal about Islamic values that are different to western values, in reality, the vast majority of Muslims will never accept to be fully “westernised” if it means being stripped of one iota of their values, beliefs and core practices.

Many non-Muslims do not differentiate between those that do not outwardly “practise” Islām, who may look outwardly similar to non-Muslims, and those that do not want to practise Islām for an ideological reason, such as believing that Islām is a backwards system that must be modernised according to particular western, non-Divine values. In reality, the latter are spectacularly rare compared to the former. Those in the establishment that are hostile to Islām and Muslims do not realise that as far as the Qur’ān exists in the hands of Muslims they will be never be ideologically secularised despite how they outwardly look.

The gap between many such “non-practising” or “westernised” Muslims and inwardly- and outwardly-practising Muslims is no more than education and consciousness. Many Muslims who may look westernised or otherwise “non-practising” in fact sincerely love Islām, love our Prophet Muhammad (peace and blessings be upon him), and would not accept that anyone insult or even disrespect their religion, their Prophet or their Qur’ān. They admit that they are not perfect and wish to be better Muslims. Weakness, laziness, procrastination, ignorance and desires are among the obstacles that hinder them from fully “practicing” Islām—not an aversion to Islām.

Islām will not change

It might be the mistake of the Muslim leaders, Imāms and scholars that they did not make it clear a long time ago that Islām is fundamentally different from the non-Islamic, western, liberal values. We did not follow the methodology of the Prophet (peace and blessings be upon him) which he declared clearly to his people during the early days of the Makkan period:

This was the methodology of the other Prophets as well. For example, Ibrahīm (peace be upon him) said to his people “Fie upon you, and upon that which you worship besides Allāh! Have you then no sense?” [7]

Had we said this earlier on, we could have taken the lead on the type of the debate we want to have in the UK. The discourse could have been around how to live together despite our fundamental differences. Some of us deceived ourselves by imagining that we Muslims will be accepted wholeheartedly in this society. Others thought that the Establishment is not paying attention to the expansion of Islām and Muslims in the UK and other European countries. They thought this “overlooking” will continue as far as Muslims continue flourishing in a subtle way. They ignored some fundamental Quranic principles that talk about conflict between truth and falsehood, as mentioned by our Lord:

Never will the Jews nor the Christians be pleased with you (O Muhammad) until you follow their religion. Say: “Verily, the Guidance of Allāh that is the (only) Guidance.” And if you (O Muhammad) were to follow their desires after what you have received of Knowledge, then you would have against Allāh neither any Wali (protector or guardian) nor any helper. [8]

And they [the disbelievers] will never cease fighting you until they turn you back from your religion if they can. [9]

Many Muslims believed that Europe was just a non-Islamic society, without elements of it being anti-Islamic. We need to learn from our mistakes and hence we should identify them. We left it to the media and hidden establishments to define the debate and its parameters, and they did so. They are making it clear for us that values, norms, principles and ways of life are defined by one party only. There is only one way of life, there is no choice for anyone to have their own way of life. Pluralism and multiculturalism are either dead or should be confined to symbolic differences that do not influence public life.

It seems that those with the upper hand in the UK, the historical leader of multiculturalism in Europe, are fiercely regretful and want to adopt a French, extreme secular, mono-culture model. Like their friends overseas, they are trying to use the fraudulent pretext of ‘national security’ and ‘threats of terrorism’ to advance their agenda of ideological monopoly and cold war. [10] This is the only way they can gain mass support for their neo-Imperialist actions, turning the average British citizen to view their Muslim neighbours with suspicion.

The challenge for us as Muslims is to convince the Establishment that the vast majority of Muslims will never be ideologically secularised and they will never be anti-Islamic even if they look non-Islamic now. Furthermore, we need to win the hearts of the majority of Muslims to help them become more “Islamic”, lest they become anti-Islamic. We all need to send a clear message to the establishments in Europe that all of us should think of the real debate; how can we live together with our differences? How can we find the best way for the betterment of our countries and societies? We need to decide: is Europe a non-Islamic continent or an anti-Islamic one?

And We have already written in the book [of Psalms] after the [previous] mention that the land [of Paradise] is inherited by My righteous servants. [11]