Who cares about murdered Palestinian teenagers? 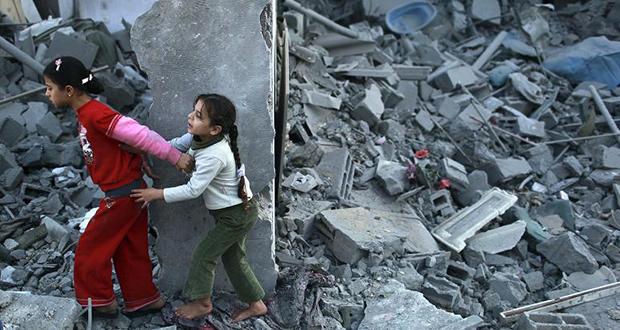 Where is the condemnation for the killing of Palestinian teenagers?

The discovery of the bodies of three Israeli teenage settlers is deeply saddening and our thoughts and prayers are with their families. These deaths have been rightly condemned by the world.

FOA calls on the global community and governments in particular to also condemn the killing of Palestinian teenagers by the Israeli army, many of whom have been killed with impunity. In the last month alone, these include:

Shamiul Joarder, Head of Public Affairs at FOA said ‘from the time of the disappearance of the Israeli settlers teens, to this morning, 7 Palestinians have been killed by Israeli soldiers but we haven’t heard a word from our government. Yet this morning, we have had emergency questions raised in parliament after the bodies of the Israeli boys were found. This reflects an apathy towards Palestinian deaths, which is highly deplorable. Since 2000, 1405 Palestinian children have been killed by Israel but at no point has this been highlighted by our politicians or media.’

Israeli spokespeople have gone to great lengths to say there is no cycle of violence, but this is far from the truth. There is a clear cycle of violence and Palestinians are the biggest victims of relentless Israeli violence.

Israel must take responsibility for its actions, for example, when Israel builds illegal settlements and steals land from Palestinian families, we have to ask what the foreseeable consequences of that might be? Does Israel and the international community not foresee that illegal settlers (who commit violent acts which go unreported) might face violence themselves? This is a cycle of violence.

Israel has said that it faces a terrorist threat, yet the Israeli army relentlessly targets Palestinian civilians on a daily basis. The real problem here is that they expect to continue this relentless violence with impunity. This violence has resulted in the killing of 1,405 Palestinian children and teenagers since 2000. There has been no world-wide condemnation of this.

Israel has accused Hamas, the government of Gaza of the kidnappings and murder even though they have denied this and there is no independent evidence to support Israeli claims. Despite another group claiming responsibility, Israel continues to use this tragedy as a pretext to attack Hamas and will no doubt do as much military damage as possible in the coming days. Israel has already attacked civilian infrastructure in the Gaza Strip leaving innocent civilians in total blackout.

Israel cannot be allowed to pursue its enemies and kill recklessly and disproportionately with the world accepting that it has a special case. The emotions of the Israeli public is being used to justify the Israeli response to the kidnapping and killing of the settlers. Even before their bodies were discovered, 7 Palestinians had been killed in the search for them, this is indicative of the level of brutality Palestinians can expect now that that the deaths have been confirmed.