Trial After Trial: The Plight of Refugees in Britain 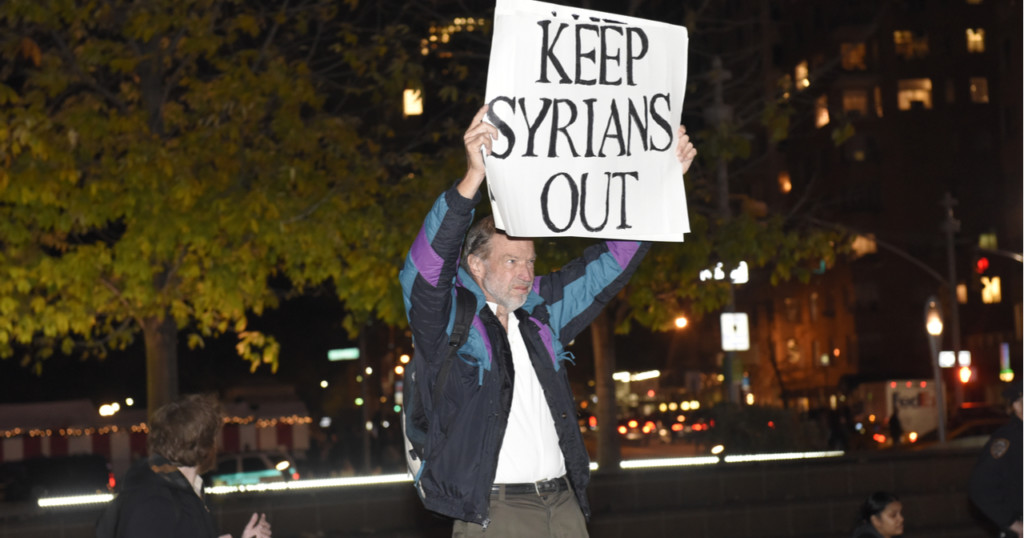 The plight of any refugee is often one grossly unappreciated by the average UK citizen. Needless to say, a genuine asylum seeker does not leave their country of origin unless they are subjected to extreme conditions making that place they call home unliveable. Putting aside the frivolous claims we often hear, those genuine seekers of international aid often leave everything and everyone they love to make it to what they believe is a safe haven. Unfortunately, leaving one type of difficulty is often swiftly followed by several others.

One of the fundamental provisions of the United Nations Convention relating to the status of refugees is its definition of a refugee. The Convention defines a refugee as a person who “owing to well-founded fear of being persecuted for reasons of race, religion, nationality, membership of a particular social group or political opinion…owing to such fear, is unwilling to avail himself of the protection of that country….or, owing to such fear is unwilling to return to it.”[1]

Whilst this definition is a mouthful even to a Human Rights Lawyer (the modern superhero without a cape), the convention was an appropriate reaction as a post-Second World War instrument of intenational peace . Designed to protect those falling under the above groups, the protocols universal converge aim to protect those fleeing harm in their country of origin and provide protection in a safer member state.

Common examples include victims of sexual trafficking or modern slavery, political opposition to dictatorial regimes or perhaps the changing of religious beliefs against the country’s norm. The most obvious example today is that of Syrian refugees fleeing the persecution contained within the country’s borders, and the Russian-fuelled dragons breathing fire onto them from above.

Often refugees, minors included, are helped across Europe through the help of an agent following the exchange of some form of remuneration. Before a refugee has even made it to some form of safe ground, their travel usually consists of clandestine road travels, flying, sailing, walking, crossing dangerous borders and the dehumanising back of a lorry trip. As with any vulnerable situation, predators are never far behind, helping themselves to borders and European detention centres waiting to extort susceptible refugees who are robbed (often for original passports; Syrian passports now fetching a high price on the black market) and even trafficked.

Those able to pass safely through Europe, then the infamous jungle in Calais, which officially is no longer active, though certainly alive in spirit, and finally cross the channel into Dover are often met with swift detention in one of the UK’s many immigration removal centres. These are conveniently placed close to either Heathrow or Gatwick—no prizes for guessing the significance of these two locations. A detention centre, the grim spawn of a prison and concentration camp, for someone who has given up their family, home and other trinkets of life’s blessings is the last place one would want to culminate their journey. Immigration control is imperative and any sovereign country demands the rights to control its borders. However, the high number of successful public law claims challenging the unlawful, irrational or unreasonable decisions by the Home Office in relation to asylum claims, demonstrates another mountainous burden carefully placed on a refugee’s shoulders. Again, minors included.

The Plight is not over

Those lucky enough to obtain successful asylum in the UK are commonly exposed to the following: detention, lengthy asylum interviews, initial asylum refusals, tribunal appearances and if eventually successful, a long wait before they have the opportunity to ‘start taking our jobs and benefits’.

In 2017, the successful number of asylum claims was 32%. The latest quarter shows a success rate of 23%.[2] The UK does offer a National Asylum Support Service (NASS), which provides housing and some funds to asylum seekers. Legal aid also remains available to those seeking asylum though continues to be cut. A critique of NASS may be that housing takes time to find, they often provide poor conditions, and housing is often out of London thus distancing asylum seekers from many legal aid lawyers. Furthermore, those eligible receive a staggering £37.75 a week. Try venturing out of the own brand section with that budget.

Yet A Further Plight?

When you consider the uphill battle which any refugee has already faced in reaching Europe or the UK, it is heart-breaking to find that some then face more trauma in the shape of Islamophobic attacks and unwarranted hatred. The recent case of a young Syrian teenager in Huddersfield brings to light the underlying and largely unchallenged current of far-right hatred in the country, even amongst teenage school children.

Both the boy and his sister have gained the world’s media attention after the Muslim community, particularly on social media, refused to stand in silence over the school’s apparent inadequate action regarding their bullying.[3] Even then, the mainstream media have in some cases sought to remove the Islamophobic nature of these events from the discourse in an attempt to dress it up as simple bullying. The reality is these innocent children had to flee their homes simply for sticking to their Islamic beliefs, only to find themselves being targeted for the same reasons in the UK.

Following the news breaking, it emerged that the boy’s 16-year old attacker has shared posts from Islamophobe Tommy Robinson,[4] and his “waterboarding” attempts draw obvious parallels with the actions of so-called free and just nations on Muslim prisoners. This wave of anti-Muslim and anti-immigrant hatred is not exclusively focused on refugees, but they are amongst the most vulnerable and it is all the more distressing when they are the ones targeted after all they have been through.

Unfortunately, many Muslims and non-Muslims alike have a standby-approach to these sorts of matters, possibly out of fear of reproach or rocking the boat, but this case shows the power of a community speaking out against oppression and calling for justice. Only by speaking up has this case gained attention and over £150,000 has been raised to help the family so far.[5]

This incident should also cause alarm bells in the highest echelons of government. The Syrian refugee crisis is the fruit of our rotten history of meddling in the region, and whilst the UK has received a meagre 10,000 Syrian refugees in the last 2.5 years,[6] they are settling into homes where the anti-Muslim and anti-immigrant narrative has been dominant for some years now. Whilst anyone would rather live in safety from bombs and dictatorships, should it really be the case that these poor souls face hatred simply for trying to live a dignified, normal life?

The likes of the toxic and discredited Prevent policy, Ofsted’s unhealthy obsession with the hijāb and Islām in general, creating and bosterling native collaborators to ossify racist stereotypes and policies as their selected exclusive voices of what they prefer Islām to be, all continue to feed the empowerment of the far-right, from the top downwards.

Perhaps the time has gone where the Najāshīs reside over claimed pockets of ruled land, but in light of recent events, we should hope to expect more from our society. Allāh (‘azza wajal) taught us from al-Najāshī’s prevalent rule that justice and fairness were to prevail over those seeking asylum in his land despite differences in religious beliefs and the economic incentives from the Quraysh.  Principles and fairness governed. He cried when he asked the Companions of the Prophet Muhammad (sall Allāhu ‘alayhi wasallam): “Do you have with you any of that which He (i.e. the Prophet) came with from Allāh?”[7]

Jaʿfar b. Abī Tālib (radiy Allāhu ʿanhu) tactfully recited from Sūrah Maryam to the Monotheistic then-Christian until he reached the verse:

“By Allāh, this and what Mūsa (ʿalayhi al-Salām) came with come out of the same lantern (i.e. same source). Then by Allāh (he said turning to the Quraysh’s two emissaries), I will never surrender them to you, and henceforward they will not be plotted against and tortured (by me sending them back to their people).”[9]

Protecting each other begins with one person’s heartful courage to do good. Al- Najāshī’s eventual act preluded our Prophet’s (sall Allāhu ʿalayhi wasallam) to comment: “For in it (Abyssinia) dwells a king in whose presence no one is wronged.”[10] Umm Salamah (radiy Allāhu ʿanhā) said: “We stopped to reside in the land of Abyssinia, we lived alongside the best of neighbours, al-Najāshī. We safely practiced our religion, and we worshipped Allāh (subhānahu wa taʿālā) without consequently being harmed.”[11]

Perhaps with this in mind, we can take our first steps in revaluating how we perceive asylum seekers in the UK, regardless of their background, and secondly, being more willing to speak up against the injustice they face and the conditions that precipitate it.

Asif is a Human Rights Solicitor working in London. He studied Law and completed his Legal Practice Course before venturing into his current filed. He has completed the Sabeel Development Programme and is involved in continued tarbiyah programmes.