What back to school means for PREVENT 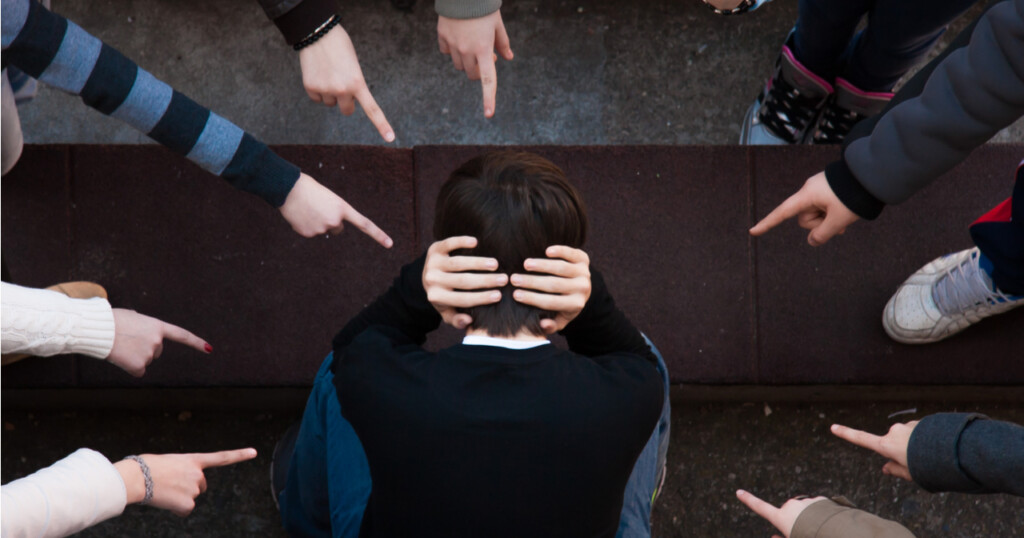 Children are heading back to school this week. As a parent, my deepest respect goes out to those who have juggled home-schooling their children over the past months with other responsibilities.

Prior to the pandemic, the association between education and a brick-and-mortar school was hardwired into the minds of most parents. I had never thought to look up the definition of “education” before, but when I did, it was interesting to see it defined somewhat blandly by the Oxford Dictionary as “the process of receiving or giving systematic instruction, especially at a school or a university”.

Such a grim and almost militarised definition lends itself to conformity. It is no wonder that a growing number of parents have decided to home-school their children. For those who perhaps would never have considered home-schooling and have seen their children thrive outside of the traditional school structure during the lockdown, this option now seems like a more viable choice.

FREE webinar: Back to School Prevent

Join Prevent Watch on Thursday 17th at 6.30pm to learn more about Prevent and schooling.

Why the Government sees home-schooling as suspicious

Ironically, the Government’s approach to home-schooling pre-pandemic was very negative. This was hot on the heels of the disproven Trojan Horse fiasco, which saw Muslim majority schools and their teachers and governors targeted and demonised by various state institutions. The then Education Secretary Nicky Morgan ordered a review into home-schooling, using the pretext that children were having their minds “poisoned” by “radicalised parents”.[1]

More recently, Ofsted’s Chief Inspector, Amanda Spielman, said that she was “concerned” about the “surge” in home education last year when figures rose by 27%.

Like a broken record, this was quickly followed by tabloid stories about alleged “religious extremists” using home-schooling as a “loophole” to “radicalise” children in unregistered schools.

Before the COVID-19 pandemic, home-schooled children were seen as residing in a grey area over which the Government had little oversight. As such, invasion of privacy and breach of parental choice often took place under the guise of “concern” for children “becoming extremists”.

This approach to home-schooling is unsurprising, given that the education sector is the largest producer of Prevent referrals and therefore provides ripe ground for the picking. Recent figures show that the education sector accounts for a shocking 33% of total referrals, a statistic that has remained relatively constant over the years since 2015 when Prevent became a legal duty for teachers.

The Prevent policy and the subsequent referral of pupils by their teachers to counter-extremism programmes has naturally had a damaging effect on parent-teacher relationships, as well as student-teacher relationships. This is not only for those who have been referred, but more broadly for entire communities, particularly Muslims, who are the prime suspect community.

Reports of mistaken referrals and false positives are plenty. More than half of cases handled by PreventWatch involve school-aged children. A 17-year-old student was referred to Prevent by his student support worker after challenging his teacher in a politics class. This referral led to the student being questioned by the Head of College and Head of Safeguarding of the school. The student was placed in a position of having to defend and give context to his comments. The student subsequently requested a different support worker as his trust in the previous support worker had been destroyed.

Unfortunately, it is not only the older students who are subject to questioning. One student was only 8 years old when counter-terrorism officers questioned him about his religion and made him recite the Qur’ān during the interrogation. It was shocking that a teacher had pulled the child out of his class, and that two counter-terrorism officers were allowed to question this 8-year-old without the knowledge of his parents. The parents are pursuing the school as well as the police for their behaviour.

In another case, a 5-year-old was referred to Prevent by his early years provider as a result of his imaginative description of playing with guns and bombs. An officer visited the family home and quickly realised there was no basis to the referral. However, the parents were left with the shock and disbelief that a referral could be made, and that had it not been for the sense of the police receiving the call, the situation could have led to a very different and more invasive visit or raid.

This overreach into education and the home has created a climate of fear amongst parents, who are loathe to challenge and demand their rights in relation to their children, such as the right to withdraw a child from classes or refrain from attending topics that clash with their religious or cultural views.

When parents assert their rights to choose or challenge policy, even in civil and democratic ways, they are immediately painted with the “extremism” brush. Sara Khan, the Government’s Commissioner for Countering Extremism, likened the Birmingham protestors who objected to not having a say in the Relationships and Sex Education (RSE) curriculum to a “mob”.

Now, with the rolling out of RSE in schools and with schools reopening their doors to children but implementing a number of measures to ensure social distancing, we anticipate Prevent referrals to increase.

Social distancing at schools will open new doors for Prevent

The key to opening more doors for Prevent in schools is the issue of social distancing, which will restrict parental access to the school and reduce contact with teachers as well as with other parents. This will inevitably create more leeway for Prevent in several ways.

Firstly, parents having less interaction with teachers will result in those teachers who are considering making a referral through Prevent based on a child’s comments or behaviour having less recourse to consult with the parents of the child first. This means less opportunity to gather context, discuss their concerns, and even assuage their fears.

More broadly, without the vital parent-teacher dynamic, teachers are less able to use the discretion and common sense they usually gather from knowing the family life of the child from picking up cues from real-life encounters with parents.

Secondly, in the context of RSE – a highly dubious yardstick for assessing “extremism”, but one that is used as such anyway – there will be a distinct and crucial lack of real-time communication and consultation with parents regarding how the teachers will be implementing the curriculum.

Less input from parents about the way in which RSE is taught will mean that parents will, if anything, only be offered “discussions” in small and controllable groups, which are easier platforms on which to create compliance. Many parents will feel disempowered in smaller groups as they will have no sense of the broader sentiment amongst other parents in the school. Where they will stand firm in the right to ensure that there is parental engagement, this may be framed as simply more “extremist” behaviour.

Thirdly, with purveyors of Prevent constantly claiming over the past few months that children remaining at home during the lockdown has made them more “vulnerable to radicalisation”, those Muslims who do opt to home-school can expect the anticipated interventions at home, or resistance from schools should they wish to withdraw their children from school to teach them at home.

It is startling to consider that the ancient philosopher Plato, on whose thoughts much of the education system of Britain – and indeed “Western civilisation” – is built, wrote in his Republic that education is a vital component of the wider well-being of society.

Plato’s core message was that the central aim of education is to help young people know Good, which is manifested in having or showing high moral standards. Plato also wrote that a just society delivers the best education to all of its members according to their abilities and interests, and not by some militaristic “process [of] systematic instruction”.

Plato was also known for his outstanding teaching method, which was through questions and answers, as well as arguments and discussions. Though Plato did deliver lectures, his main methods to educate children during what was the height of Western civilisation included oral discussion, dialogue, and healthy debate.

Education under Prevent, and its militaristic interventions in the lives of young people at school, is causing Britain to betray its most fundamental ancient inspirations.

It is important as parents to speak up and tell the truth. When school no longer becomes a safe, moral, religious, spiritual, or political space, it becomes time to raise our voices and remind those around us about the real meaning of education.

FREE webinar: Back to School Prevent

Join Prevent Watch on Thursday 17th at 6.30pm to learn more about Prevent and schooling.