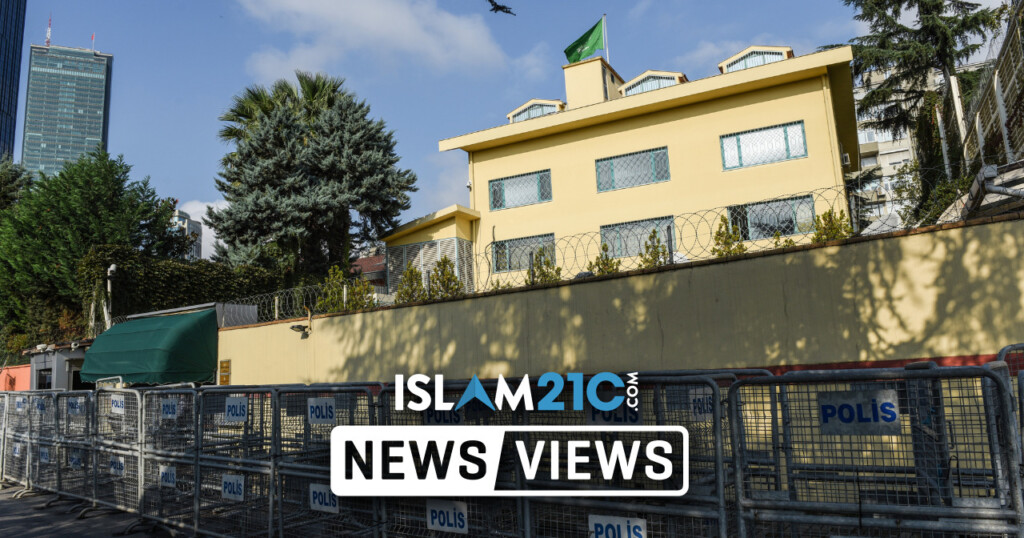 UN expert and rights groups have universally slammed the verdict given by a Saudi court that overturned five death sentences after the murder of journalist Jamal Khashoggi. The official Saudi Press Agency said that ‘five of the convicts were given 20 years in prison and another three were jailed for seven to ten years.’ However, none of the defendants who face imprisonment have been named, which has triggered international outcry.

Khashoggi lived in exile in the United States for around one year during a time when the Saudi Crown Prince Mohammad Bin Salman (MBS) oversaw an eradication of Saudi human rights activists, writers, and critics of the Kingdom’s devastating war in Yemen. Khashoggi went missing on October 2nd 2018 whilst in Istanbul. Turkish authorities later revealed he was murdered whilst inside the Saudi consulate in Istanbul by a Saudi assassination team. His body was never found.

UN expert Agnès Callamard has completely dismissed the court’s ruling, claiming that the top officials who allegedly ordered the murder of Khashoggi have walked free.

The verdict by the Saudi court concluded that the murder was not premeditated, after Khashoggi’s sons said they had ‘pardoned’ the killer, a move which has been condemned as a ‘parody of justice’ by a UN expert. The family’s pardon spared the lives of five unnamed people who were sentenced to death in a December court ruling, which was criticised heavily by human rights groups after two top aides to MBS were exonerated.

“The whole verdict seems to me to have been manipulated…the family has issued such a declaration – most probably under duress. I don’t think it was done freely, knowing the family.”

There are still many unanswered questions floating around. Who ordered the killing? Where is the body of Khashoggi? Either way, it is clear that the Saudi authorities are not interested in answering these, as the prosecutor’s office has declared that the verdict given “closes the case forever.”