When a society implodes on itself 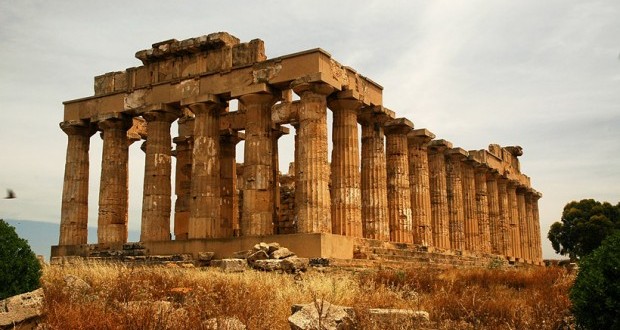 This year saw the elections in Denmark and a very worrying result works as the echo for the rest of Europe. The Social Democrats and their supporting parties lost the government majority. Although the Social Democrats – which is the equivalent to the Labour Party – became the biggest harvester of votes, the next biggest winner was the Danish Peoples Party; a party which has promoted a very populist policy, feeding the fear and eating from it at the same time. They started out as a party widely condemned within Danish society but as we went through the decade of 9/11 and the aftermath of that; a change of attitude towards Muslim minorities, increased actions of discrimination against Muslims, the alarming silence when actions are taken unilaterally to infringe upon their rights as citizens of Europe are all but a small window of the examples which were initiated to hastily instigate the politics of fear upon the European citizens. Below, reports from different respectable human rights agencies confirm the European human rights crisis that no politician likes to talk about loudly and the fact that nothing has changed since 9/11. Reports on abuses towards Muslim minorities keep being churned out confirming the human rights crisis in Western democracies – but to no avail.

Latest report confirming widespread exclusion of and discrimination against Muslims:

The same picture 3 years ago:

The same story in 2002 and nothing has changed since then. On the contrary:

Just to give the readers a political overview of which actors form the new Danish government:

The Danish Peoples Party (DPP) together with Venstre (what would be equivalent to the Conservatives in the UK but more Eurocentric), Liberal Alliance (the voice of raw capitalism) and Konservative Folkeparti (who used to be a party for traditional values but have succumbed to an opinion-poll party and they obtained the worst result in years), are all parties which in the UK would lie more or less between the Conservatives and the Liberals. The Danish Peoples Party is a very euro-sceptic party and a very populistic one as well. The Conservatives of Denmark had, due to a lack of policy, implemented a very nasty campaign sidelining Islam with Nazism and consequently the voters punished them for their lack of political vision by fleeing over to the Danish Peoples Party and the Social Democrats.

The common denominator between the 4 political parties is Islamophobia. All of the parties have more or less voiced proposals for serious state discrimination on the basis of religion. For an instance they would like to accept refugees who are non-Muslims rather than Muslims. Imagine for a moment being placed in a separate queue on the basis of your religion. Does it awaken any connotations with outright racism anywhere in history?[1]

The Danish Peoples Party is of the notion that all immigration from Muslim countries should be limited (read: stopped) because adhering to the religion of Islam is a problem for Danish values. No further clarification is needed. Furthermore, the DPP would like to cancel the commitment of Denmark to many of the human rights conventions that all European countries adhered to after the atrocities of the Second World War. This has gained support across the government and most of the European governments have their eyes fixed on the Danish policies of discrimination to see how high they send our test-balloon. Danish Peoples Party will pose a serious threat and even aggravate the human rights crisis in Northern Europe. The latest proposal from DPP was to confiscate jewels from refugees as they came to Denmark from the shores of the Mediterranean with the rest of the current government either silent or defending the proposal,[2] [3] although, the Danish Police has refused to take part in any confiscation of valuables such as wedding-rings from refugees.[4]

With a big national socialistic party which has been more than successful in appealing to the xenophobic sentiments of today’s society and failed to apply their role as role models for civil society, and with the other parties trotting along the hateful rhetoric, the picture looks quite bleak. The well-known economist Nouriel Roubini talks about “Europe’s Politics of Dystopia”,

“He will also oppose free trade, globalization, immigration, and foreign direct investment, while favoring domestic workers and firms, particularly state-owned enterprises and private business and financial groups with ties to those in power. In some cases, outright nativist, racist parties support such government or provide an even deeper authoritarian and anti-democratic streak.

To be sure, such forces are not yet in power in most of Europe. But they are becoming more popular nearly everywhere: Le Pen’s National Front in France, Matteo Salvini’s Lega Nord in Italy, and Nigel Farage’s United Kingdom Independence Party (UKIP) all view Russia’s illiberal state capitalism as a model and its president, Vladimir Putin, as a leader deserving of admiration and emulation. In Germany, the Netherlands, Finland, Denmark, Austria, and Sweden, too, the popularity of populist, anti-EU, anti-migrant right-wing parties is on the rise.”

It seems that the first sacrifice in the rolling back of European democracies will be the minorities. History repeats itself.

…And whoever places his trust in Allāh, Sufficient is He for him, for Allāh will surely accomplish His Purpose: For verily, Allāh has appointed for all things a due proportion.[5]

“…and put your trust in Allâh if you are believers indeed.[6]

The abovementioned words are from the unchangeable constitution of Muslims and, no matter how bleak the situation is going to be, Muslims are always optimistic about the future because the duty of the Muslim is always to adhere to Islām which will benefit society and mankind from a holistic point of view. Muslims will not stop their contributions to society and they will not cease to forego as living examples of morality, kindness and courage in the face of evil. Evil is to divide society, to plant discord and disharmony amongst its people. When the pages of history are turned centuries away from now, people will be able to view the Danish society from a more objective perspective. A society is judged regarding its level of justice; on how well the majority treated its minority. The Islamic civilisation has already proven its prowess. Will the Western civilisation and, more specifically, the different Danish governments live up to their own commitments in their constitutions regarding minorities and their rights?

As Muslims we continue our efforts based on the best of mankind and the last of the Prophets, Prophet Muḥammad (sall Allāhu ʿalayhi wa sallam).

“If the Hour (the day of Resurrection) is about to be established and one of you was holding a palm shoot, let him take advantage of even one second before the Hour is established to plant it.”[7]

Time and time again we have to remind ourselves of the opportunities which Allāh has granted us. Our lifespan is short, maybe about 70 years, what impact did we have on a society which became more and more suspicious about us? Did we fall into the pit of despair and distress? Did we increase our efforts to call people to the path of Allāh? Did we take responsibility for our time in reading and understanding the last Testament sent down to mankind and the final guidance from our Creator – Allāh, Azzawajal?

Let us not be oblivious of the times that we live in, but more importantly, let us not forget our own obligations to the societies we live in. When Prophet Muḥammad (sall Allāhu ʿalayhi wa sallam) lived amongst the Quraish in Makkah he was known amongst them as a truthful and trustworthy human being. His (sall Allāhu ʿalayhi wa sallam) reputation preceded his presence. Time is very short; do not let it be too late to change yourself and to know your priorities towards Allāh which will affect a society in free fall regarding rights of Muslim minorities.

Imran is the spokesman for The Islamic Society in Denmark and current board member with the responsibility of media and politics. He has been engaged in dawah and outreach work since 2000. He studied languages, economy and politics at Copenhagen Business School.

Imran is the spokesman for The Islamic Society in Denmark and current board member with the responsibility of media and politics. He has been engaged in dawah and outreach work since 2000. He studied languages, economy and politics at Copenhagen Business School.