Help those affected by the floods 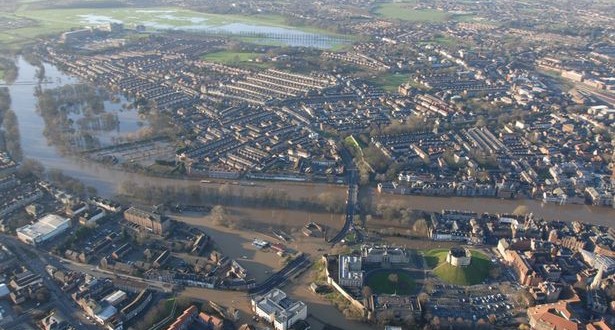 All praise be to Allāh and may peace and blessings be on His messenger (sall Allāhu ʿalayhi wa sallam).

We have recently seen the disastrous and devastating flooding in the north of England, with its people braced for further deluges and devastation. Flood warnings remain in place, many of which have been deemed as ‘severe’.

What should be the Muslim community’s response to the floods or any kind of similar disaster? Evidently, it should be what it has been thus far which has been one of providing as much help, assistance and relief to those affected by the floods. Muslims have always been known for their social justice and it is for this reason that even as recently as in 2013,The Times duly reported that Muslims ‘are Britain’s top charity givers’.[1] This detailed how Muslims donated not just to what could be considered as ‘Muslim causes’ but also to other causes of importance such as Cancer Research, Macmillan and the British Heart Foundation. This is indeed a badge of honour and highlights the true spirit and reality of Islām and Muslims in Britain, in caring for the community and humanity at large and supporting national causes.

Allāh does not forbid you from those who do not fight you because of religion and do not expel you from your homes – from being righteous toward them and acting justly toward them. Indeed, Allāh loves those who act justly.[2]

In explaining this verse, Ibn Kathīr said “those who did not have a role in your expulsion. Therefore, Allāh does not forbid you from being kind to the disbelievers who do not fight you because of the religion, such as women and weak disbelievers”

As British Muslims, we have a duty of care to our neighbours and others whom we live among and I therefore urge Muslims to continue to support those affected by the floods in whatever way you can and lead the efforts where possible. As I call Muslims to see themselves as partners to non-Muslims in defining what Britain is, we should also consider ourselves as equal partners in the problems facing this country and as well as equal partners in providing solutions.

The issue concerning the floods has also highlighted the inept response from the Government. Floods in the UK is not a new occurrence and has had devastating effects in recent years and it is therefore legitimate to ask why adequate levels of funding have not been allocated to flood defence mechanisms whilst there appear to be sufficient funds to allocate to follies and wars abroad of which there are no real set long-term objectives. Contrast this to the leadership of ʿUmar b. Al-Khaṭṭāb (raḍiy Allāhu ʿanhu) during the famine which hit Madīnah in or around 640AD. As a result of the serious conditions, the people were involved in great distress. ʿUmar rose to the occasion. He wrote to the provincial governors asking them to send food-grains to Arabia. Camel loads of food grains and other necessities of life came from other parts of the Muslims lands, Syria, Iraq, and Egypt. In view of the resources at his disposal, ʿUmar could afford to have any food but he vowed that as long as the famine lasted he would eat only what was available to a person of ordinary means. He refused to eat meat, ghee or butter during the period of famine. He would eat only the coarsest of food. As a consequence of eating nutrition-less food, his colour and appearance changed. His stomach would rumble, but he said: “O stomach you may rumble as much as you like, but as long as the famine persists I cannot allow you anything dainty“.

It is stated that one day some ghee came to the market and his servant purchased the ghee for him. He refused it saying: “How can I be concerned for the people if I do not suffer what they suffer?” The people on the other hand were so concerned for ʿUmar that they would say “Oh Allāh! Weaken the severity of famine. We fear ʿUmar would die worrying about the difficulties of Muslims“.[3]

Let us all remember that the most of effective dawah is based on winning the heart of people before winning their minds. Our role model is our Prophet Muḥammad (sall Allāhu ʿalayhi wa sallam) whom Allāh praised “And indeed, you are of a great moral character.”[4]