#STAND4UYGHURS
Home / Politics / Asia / Why am I delighted upon Erdogan’s victory? 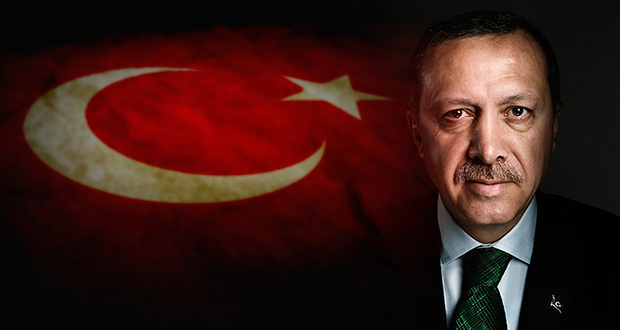 Why am I delighted upon Erdogan’s victory?

In the summer of the year 1421 AH, 2001 CE, I was with a group of friends on holiday in Turkey. During our stay my colleague, Dr Khalid al-Ajimy and I visited the great scholar Mohammed Ameen Siraaj at his home in Istanbul. When we entered his house we found sitting with him Mr Recep Tayyip Erdogan. So we sat to discuss general affairs over tea and coffee, and we noticed Erdogan speaking in an impeccably polite manner with his Sheikh.

So my colleague Dr Khalid started to speak about Erdogan’s efforts in the Turkish renascence taking place in Istanbul during his period as mayor of the city, and he praised him abundantly while Sheikh Mohammed Ameen Siraaj was translating into Turkish for Erdogan to understand. Erdogan displayed extreme humbleness upon hearing his words. When my colleague finished speaking, Sheikh Mohammed Ameen Siraaj turned to us and said:

“It is neither our Ambition nor Recep Tayyip Erdogan‘s to succeed in leading a province even if it is the size of Istanbul, instead we are training him to be a successful President, and you will see him soon become the President of Turkey by the will of Allāh.”

Here we are now, 14 years later, witnessing the promise of Sheikh Mohammed Ameen Siraaj with the help of Allāh, come to life as Recep Tayyip Erdogan becomes the President of the nation of Turkey today. “And Allāh has full power and control over His Affairs, but most of men know not.”[1]

Muslims on social media, particularly Arabs, have been busy exchanging greetings and congratulations for the victory of Erdogan. News and comments about him and his victory even overtook the topic of Gaza. The question is, however: why? There are a multitude of reasons for this. Muslims have been wanting to prove to the whole world that if they were to be given the choice, they would choose a Muslim leader who is sincere in working for his Ummah.

Turkey is proof that if Muslims enjoy good leadership, they are capable of transforming their countries from so-called ‘developing’ ones to advanced, powerful countries as Erdogan and his party did. It is a matter of a few short years in which Erdogan’s Justice and Development Party, elected into power in 2002, transformed Turkey from a debt-ridden, ruined country, shattered by valueless secularism and deep-rooted corruption to one of the strongest countries in the world. In only 10 years, from 2002 to 2012, Turkish exports hit $152 billion, marking a ten-fold increase.[2] Turkey’s overwhelming annual inflation rate of up to 100% was watered down to single figures, whilst its GDP rose by over 45%. Erdogan is now resolute in bringing his economy into the top 10 in the world by 2023[3], having completely erased its 52-year-old debt to the IMF in 2013.

Born in 1954, Erdogan is the son of a coastguard in the city of Rize. During his early life he sold lemonade and buns for some pocket money, being a member of a poor family. Erdogan attended an Islamic school, before studying management at Istanbul’s Marmara University. Here he met Turkey’s first Islamist Prime Minister, Necmettin Erbakan, and began his fascinating political career.[4] In 1994, he became the mayor of Istanbul, converting the city from a slum into one of the world’s key destinations for tourism, and a beauty of a city for local residents. His commitment to Islām and its values were relentless and in 1998 he was detained for four months for reciting a poem on a public stage, containing line:

“The mosques are our barracks, the domes our helmets, the minarets our bayonets and the faithful our soldiers.”3

His release and rise in positions of leadership, from Prime Minister in 2003-2014 to now President—the first to be directly elected by the people in Turkey’s history with 52% of the electorate voting for him.[5] This landmark victory suggests that secularism is a foreign phenomenon for our Islamic societies. Despite the fact that Turkey was once the mother and heartland of secularism in the Muslim world, it can so easily turn to Islam once the socio-economic pressure applied by the secularists is lifted.

Many Muslims are ecstatic at the victory Erdogan has achieved. It marks a continuation to the unprecedented support Turkey has provided for the Syrian revolution. Many analysts confirm that had the authorities in Turkey acted against the interests of the Syrian people and their revolution, the tyrant regime in Syria would have regained power and wiped out the entire struggle. Turkey’s borders with Syria, particularly its southern border to Aleppo, are the major—if not the only—‘breathing space’ for the Syrian Islamic revolution.

Palestinians in general and Gaza specifically are particularly overwhelmed with joy. For too long they have witnessed the entire world turning against them while the very few who may support them do so for no political gain. No one can forget Israel’s raid on the Turkish, Gaza-bound flotilla and the political aftermath that ensued. No one can deny that it is Erdogan’s government, more than any other in the world today, that is ardently supporting Gaza and bitterly attacking Israel as much as the rules of international politics allow. The victory of Erdogan has moreover come as a slap on the face of the many Arab and Gulf countries that have paid millions and billions of dollars in support of his main, secular competitor.

There is no doubt that despite the atrocities the Ummah is going through, Allāh is showing us rays of light, and glimmers of hope, to keep us optimistic and motivated and to give us the ability to bear the responsibilities He commanded us to bear.

“Allāh has promised those among you who believe, and do righteous good deeds, that He will certainly grant them succession to (the present rulers) in the earth, as He granted it to those before them, and that He will grant them the authority to practise their religion, that which He has chosen for them. And He will surely give them in exchange a safe security after their fear (provided) they (believers) worship Me and do not associate anything (in worship) with Me. But whoever disbelieved after this, they are the Fāsiqūn (rebellious, disobedient to Allāh).”[6]