Why can the US get away with torture? 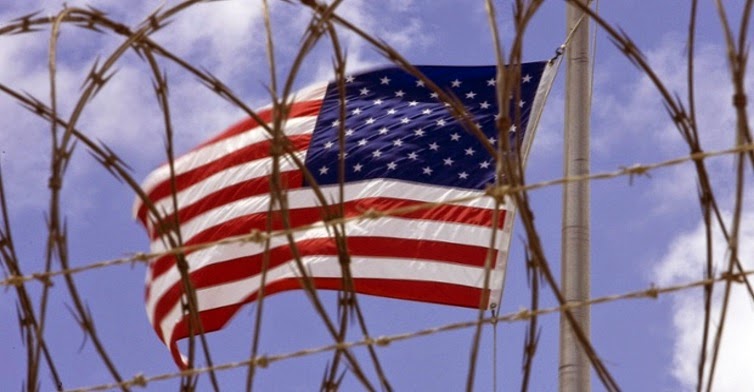 The 10th of December marked Human Rights Day.[1] And what better way to commemorate such a profound celebration than to frequent the achievements of the Universal Declaration of Human Rights’ key drafter, the United States of America.

Incidentally, a report was released this same week by the US Senate Intelligence Committee. The report details a “CIA torture program”. The CIA is a US government intelligence agency, in effect, a state organ. Considering this, surely the “CIA torture program” would be some landmark project aimed at eradicating torture across the planet.

Unfortunately, that is not the case. A far more horrifying truth emerges. This report actually pertains to instances of torture committed by the CIA.

International reaction to the report has seen a variety of NGOs, nations, and public figures call for the accountability of those responsible. This is because under international law, member states of the UN have a duty to prosecute those responsible for acts of torture.[2] However, the UN Convention against Torture is neither directly applicable nor self-executing in relation to the US.[3] Therefore, it is important to clarify the US position on torture from a legal perspective.

The only real binding, overarching, and generally applicable international human rights treaty for the US is the International Covenant on Civil and Political Rights (ICCPR); this is effectively the “supreme law of the US” since its ratification in 1992.[4] As any human rights legislation would, the ICCPR expressly clarifies in Article 7 that: “No one shall be subjected to torture or to cruel, inhuman or degrading treatment or punishment.”

According to a 2006 Amnesty International report,[6] this reservation “leaves the US open to practices which may fall short of international standards”. For example, the reservation has led to a consistent lack of legal accountability under international law in cases where prisoners were kept on death row for a prolonged period of time, thus causing agony and distress. This is universally accepted as a form of “torture” – except in the US Constitution.

It is, however, worth pointing out that President Obama publicly denounced “waterboarding” (a method frequently described in the CIA torture report) as “torture”.[7] This implicitly circumvents the application of the US reservation in at least the case of waterboarding. As a result, it should technically open perpetrators up to prosecution.

Perhaps the main reason for a lack of accountability is the US being part of the UN Security Council’s permanent five members. Article 27 of the UN Charter provides that “Decisions of the Security Council… shall be made by an affirmative vote of nine members including the concurring votes of the permanent members”. Hence, the renowned “P5 veto vote” on any significant resolutions proposed. Therefore, there is no chance of an official sanction being imposed against the US should it choose not to hold offenders accountable. A choice which is, in fact, a breach of international law.

Also, in this case particularly, the blame seems to have been off-loaded on to the particular persons responsible for the program rather than directly to the government, which is convenient, but odd, as usually there would be an element of state responsibility involved (i.e. intelligence agencies act on behalf of the government).

The effect this has is that individual criminal responsibility is usually dealt with either by domestic law or the International Criminal Court. Torture is not within the remit of the International Criminal Court, but it is arguable that the individual acts amount to crimes against humanity. As Katherine Reece, Associate Professor in Law asserts,[8] “as part of a widespread or systematic attack against a civilian population on the basis that the torture was part of a policy committed against a great number of victims (or in a systematic way) and subject to the court’s jurisdiction.”

Yet as the US has signed but not ratified the Rome Statute of the International Criminal Court, they are effectively outside the jurisdiction of any warrant unless the US Supreme Court intervenes. Therefore, neither the State nor individuals responsible can be prosecuted within the US by this accord.

It is useful to demonstrate the absurdity of any state entering a reservation from blanket protection against torture. No regional system of human rights law in existence allows for any form of adjustment to this protection.

In fact, the mere possibility of torture or inhumane treatment is treated as so severe that institutions impose a further “positive” obligation. Under the European Convention of Human Rights for example, beyond prohibiting torture, European member states are expressly disallowed from sending “suspects” back to a country where they claim they would be tortured as a result.

This principle is affirmed in the case of Saadi versus Italy,[9] where both the UK and Italy attempted to modify this stringent rule in favour of an exception to allow deporting “terrorists” regardless of torture risks. However, the Judges in the Strasbourg Court declined to compromise citing prohibition against torture as a vital human right. It is indeed a human right which embodies the very nature of humanity, and opening doors to inhumanity can never be justified.

Furthermore, in times of war and in face of threat to sovereignty, nearly every single human right can be subject to a legal waver for a proportionate amount of time – known as a “derogation”. Torture is one of the few human rights that is “non-derogable”.

Bearing this in mind, the US and its position as a “pinnacle of Western democracy” nevertheless maintains a reservation in this regard. It is controversial, to say the least, that a pioneer of the Universal Declaration of Human Rights cannot ensure such a basic, fundamental civil liberty.

If this reservation will not be withdrawn, such barbaric excerpts of human savagery must nevertheless be prosecuted, lest they be repeated. Though there is evidently no perceived legal obligation (by the US Attorney General at least), a moral burden falls on the US itself to prosecute anyone deemed responsible.

In this paradigm, prohibition against torture does not only impose obligations on member states of the UN Convention against Torture, but also “all States of the international community”. Hence, the argument forwarded by Dick Cheney that “no laws were broken” would be refuted with ease. Condoning and authorising programs which institutionalise torture is without a doubt in breach of this pre-emptory norm.

According to the CIA torture report, about a quarter of detainees under this program were “wrongfully held”, viz. unjustly held for months after the CIA had determined they should not have been detained.[10] This means that even if one happens to be a conniving and morally distorted creature the CIA would still have no justification in this scenario; unless of course, innocence no longer means anything either.[11]

Here are some examples of the methods employed by the CIA, taken from The Independent’s “CIA torture report: The 10 most harrowing stories“:[12]

Among them [the wrongfully held] was Abu Hudhaifa, who was “subjected to ice water baths and 66 hours of standing sleep deprivation”

A detainee was told that his mother’s throat would be cut.

Khalid Sheik Mohammed, who was waterboarded 183 times, tried to breathe during the procedure, interrogators held his lips and poured water over his mouth.

one was “intellectually challenged”. Interrogators taped this detainee crying and used it as leverage against one of his relatives.

The detainees were often American citizens and were subjected to “mock executions”, over 180 hours of standing sleep deprivation, and more explicitly:[13]

[…] at times, the detainees at COBALT were walked around naked or were shackled with their hands above their heads for extended periods of time.

Other times, the detainees at COBALT were subjected to what was described as a “rough takedown,” in which approximately five CIA officers would scream at a detainee, drag him outside of his cell, cut his clothes off, and secure him with Mylar tape. The detainee would then be hooded and dragged up and down a long corridor while being slapped and punched.

That detainee named Gul Rahman was said to have died after one of these choreographed scare-scenes. The report writes: “Rahman, after his death, was found to have surface abrasions on his shoulders, pelvis, arms, legs, and face”.

The greatest injustice here is the offences were committed by a state actor and often against American citizens. An individual has the right to feel secure in the care of their state, and to trust that all democratic values will be upheld in their favour. How helpless would one feel when the very authority which is meant to protect them, their last resort, is the very same authority decrying them of all dignity?

US torture officials can arguably be prosecuted at home under normal criminal laws. Crimes such as murder and battery are contained in the criminal code for federal crimes, Title 18 of the US Code. The current defence relied on against this has its basis on the alleged notion that US courts have no jurisdiction to hold citizens accountable for crimes committed abroad.

This was explicitly rejected in the case of United States versus Passaro. David Passaro was charged with assault in connection to the abuse and death of a detainee at a CIA black site. In accordance with this, Title 18 of the Patriot Act also allows for the territorial jurisdiction of US courts at certain government facilities overseas.

A further possibility known as “universal jurisdiction” could be employed by other states. In this regard, a warrant is granted by any foreign court to hold accountable those who are not being prosecuted at home but have nevertheless committed flagrant human right abuses. Should such individuals enter the jurisdiction which the warrant encompasses, they would be arrested and prosecuted accordingly.

An example of this is the method by which former Chilean dictator Augusto Pinochet was arrested in London in 1998, on the basis of an indictment issued by a Spanish court.[14]

In all likelihood, those responsible will not be prosecuted, and those tortured will not be granted any adequate remedy. On the other hand, highlighting the comprehensive range of legal recourse available for such a case is an important exercise. It is akin to peering into a realistic-looking garden, then realising it is only a portrait once you attempt to step through. There are ample possibilities in the eye of the mind, yet none quite real upon further inspection.

If this indicates anything, it is a necessary reform of the international legal system so that powerful nations are just as accountable as those less influential.