CIA Torture Report: just the tip of the iceberg 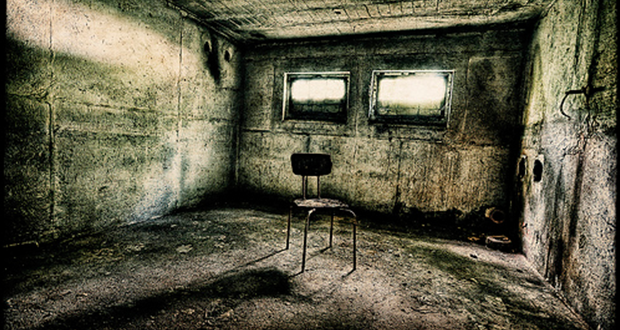 In the aftermath of the Senate’s damning report on the barbaric, inhumane interrogation techniques used by the CIA, it has been proven to the world that corruption and evil exists at the very highest levels.

The Senate’s report on CIA torture or rather the “executive summary” which has been declassified does not make for easy reading. It is over 500 pages long and includes details with the ability to shock those who thought themselves familiar with the horrors of the CIA torture programme. The report reveals that use of torture in secret prisons run by the CIA across the world was even more extreme than previously exposed, and included “rectal rehydration” and “rectal feeding”, sleep deprivation lasting almost a week and threats to the families of the detainees. The “lunch tray” for one detainee, which contained hummus, pasta with sauce, nuts and raisins, “was ‘pureed’ and rectally infused”, the report says. One detainee whose rectal examination was conducted with “excessive force” was later diagnosed with chronic hemorrhoids, anal fissures and rectal prolapse. Investigators also documented death threats made to detainees. CIA interrogators, the committee charged, told detainees they would hurt detainees’ children and “sexually assault” or “cut a detainee’s mother’s throat”. At least one prisoner died as a result of hypothermia after being held in a stress position on cold concrete for hours. Victims were left so disturbed by their abuse that they made attempts at “self-mutilation”.[1][2][3]

Although this particular Senate report does bring to the public attention the horrific nature of the torture programme, what has been published remains just the tip of the iceberg. It is after all less than a tenth of the full 6,000-page report. Significant numbers of those we know to have been victims of CIA torture are not named along with the countries which assisted the US in its programme. Notable among these is the UK. It is hopeful that more will emerge as people undertake detailed consideration and attempt to unpick the redactions, but at first look it appears that Britain, although mentioned in the summary, has somehow successfully avoided a public accounting for the part it played in facilitating rendition and torture. And it has to be asked if this was down to the strenuous efforts it made to lobby the Senate Committee which produced the report, in the hope of avoiding just that public embarrassment. Two documents, obtained by Reprieve,[4] may shed some light: one of them, a letter from then-Foreign Secretary William Hague, [5] confirms that the UK “made representations” to the Senate Committee regarding the potential disclosure of “UK material” in its report. It does not seem to require much reading between the lines to see this for what it is: an admission that Britain lobbied the US Senate Committee over what it would publish about the UK’s part in torture and rendition. The second document, obtained under Freedom of Information, shows the scale of that lobbying effort: the British Ambassador to the US was dispatched to meet and most likely plead with members of the committee an astonishing 21 times during the course of its work.[6]

It is worth stressing that UK complicity in CIA “renditions” where prisoners were flown to countries where they could be subjected to torture, beyond the reach of the law, is not, as Jack Straw once said, the fantasy of conspiracy theorists.[7] Just a few years after these comments made by Jack Straw, David Miliband, the foreign secretary at the time, was forced to admit that the claims that Britain had not been involved in rendition were entirely false.[8] Detainees on CIA torture flights, he told parliament in 2008, had in fact landed on the British-owned territory of Diego Garcia.

Human Rights organisations such as Reprieve [4] and CAGE [9] have for many years been working incredibly hard against the will of the government to expose such crimes in the form of exposing leaked flight paths and interviewing handlers in a number of different countries. Now that the US role in torture has confirmed what has been said for many years, we are not any closer toward accountability. Lives of victims and their families have been lost, turned upside down, yet there has been no apology, no sense of contrition by the perpetrators or prosecutions of those responsible for what has taken place. Likewise, we are not any closer in knowing the full role of British instigated torture and rendition around the world. A 213-page report compiled by the Open Society Justice Initiative (OSJI), a New York-based human rights organisation, says that at least 54 countries co-operated with the global kidnap, detention and torture operation that was mounted after 9/11, many of them in Europe.[10] So widespread and extensive was the participation of governments across the world that it is now clear the CIA could not have operated its programme without their support. There is no doubt that high-ranking Bush administration officials bear responsibility for authorising human rights violations associated with secret detention and extraordinary rendition, and the impunity that they have enjoyed to date remains a matter of significant concern but responsibility for these violations does not end with the United States. Secret detention and extraordinary rendition operations, designed to be conducted outside the United States under cover of secrecy, could not have been implemented without the active participation of foreign governments. These governments too must be held accountable. The impunity with which intelligence agencies such as the CIA (and as time will probably reveal even MI6, MOSSAD and other agencies) is astounding, especially living in a technologically advanced era, yet here we have medieval practices taking place right under our noses, practices that were carried out to ‘protect the world and make it a safer place’.

These revelations have legitimised an inbred culture of attitude that ‘We have the power to do what we want, and have no one to account us for it’. Take for example the Caesar revelations of prisoner torture and subsequent deaths in the dungeons in Syria by the Assad regime.[11] Not only was Syria a popular destination of rendition, but it also regularly undertakes brutal torture of its own political dissidents which has now extended to the streets in Syria during the ongoing civil war. If countries like the US are happy to send people to their countries for torture, what is stopping them from doing it to their own?

The inferences that many world apocalyptic scenarios have been averted as a result of these illegal interrogations are laughable and highly unbelievable in the absence of concrete evidence – that is always the missing vital piece of the ‘safer world’ puzzle – kept from public view behind the excuse of ‘protecting national security’. Take for example the most poignant episode in this whole sordid venture, the torture and forced confession extracted from the Libyan Ibn al Sheikh Al Libi.  This spurious information that alleged a link between Saddam Hussein and Al Qaeda was then used as the primary justification for the 2003 invasion of Iraq. No one has been held accountable for his maltreatment, nor for that illegal war. It was on this basis that two countries went to war with a nation where neither Al-Qaeda and now ISIS were previously.

Whilst we are warmongering in the name of democracy, and solving the world’s ‘terrorism crisis’ internationally, domestically, we are guilty of depraved crimes that completely dehumanise those to whom we have a duty of care until at least we have proven their guilt – and even beyond guilt, there is a responsibility as the ‘modern western world’ to respect human rights and punish appropriately and humanely. Many of those tortured in Bagram and Guantanamo, including Moazzam Begg, the Outreach Director for CAGE were never guilty of a crime in the first place, who had to say the following:

“’We should not treat this report as a historical account of some bygone era, these things are still happening today. Guantanamo is still open, as is Bagram, while renditions and disappearances by the Americans are still widespread.”

“The undercutting and manipulation of international law by the United States and her allies now means that we live in a world where torture, abuse and arbitrary killing have become the norm. The attack at Woolwich, the rise of IS and the its parading of detainees clad in orange jumpsuits are some of the enduring legacies of the past 13 years, and reminders that a borderless war where men, women and children can be arbitrarily killed or snatched away at night will always come back to haunt us.”[12]

Asim Qureshi, Research Director at CAGE has even argued that the self-claimed Islamic State’s tactics have been taken directly from the American government in their use of torture techniques such as waterboarding and mock executions. Evidencing that the War on Terror and the impact of these torture policies affect mostly those who they claimed they sought to protect. In 2003, he completed his Masters dissertation on the treatment of detainees at Guantanamo Bay with the following words:

“If these soldiers are not afforded any of the protections that the Geneva Conventions seek to provide, then they would not be bound to apply any of the other humanitarian standards relating to the conduct of hostilities. What would be seen is a backsliding of conduct where warfare would become increasingly brutal. It would thus make sense for the superpower States to reconsider the rules relating to armed conflicts, as if they do not, they will find their own soldiers in increasingly difficult situations, as those they face may not care to give them any form of protection. The ‘unlawful combatant’ must be deleted from legal speech, and instead a positive move should be made to understand the real nature of war to accommodate for its changing nature and complexities. This may require the powerful States to look past their own emphasis on sovereignty, and take into account real humanitarian issues. The result would be of the greatest benefit to those who are caught up in the politics of States, the combatants.”[13]

Dr Shameela Islam-Zulfiqar is a proud mother of four, a medical Doctor and a humanitarian activist. She is due to complete a Masters degree in Disaster Management and Conflict Resolution at the University of Manchester. Dr Islam-Zulfiqar has assisted on humanitarian aid convoys to Syria on several occasions since the start of the Civil War, delivering aid to those most in need and treating the injured in Syrian hospitals. She has also volunteered in humanitarian missions to Gaza, Pakistan and Bosnia in the aftermath of the floods there earlier in 2014. She is also a member of the Board of Governors at a school in Trafford Council.

Dr Shameela Islam-Zulfiqar is a proud mother of four, a medical Doctor and a humanitarian activist. She is due to complete a Masters degree in Disaster Management and Conflict Resolution at the University of Manchester. Dr Islam-Zulfiqar has assisted on humanitarian aid convoys to Syria on several occasions since the start of the Civil War, delivering aid to those most in need and treating the injured in Syrian hospitals. She has also volunteered in humanitarian missions to Gaza, Pakistan and Bosnia in the aftermath of the floods there earlier in 2014. She is also a member of the Board of Governors at a school in Trafford Council.