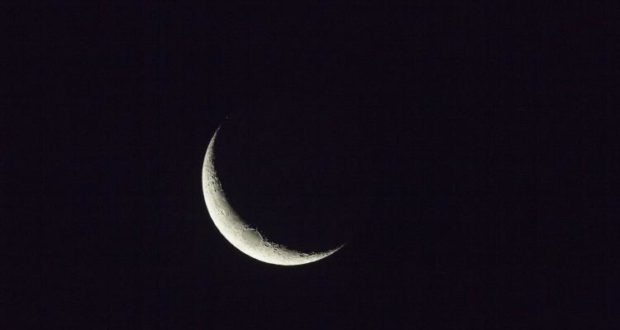 Following some unconfirmed news reports of the declaration of the beginning of the sacred month of Ramadān 1438, social media was flooded with messages of greetings to supposedly mark the ‘declaration’. Many Muslims unfortunately failed to realise that it was actually Thursday, 28th of Sha’bān 1438 in the Shar’I Hijri calendar. Therefore, it is possible that the beginning of Ramadān could be on Saturday or Sunday. So, did the Supreme Court ask people to go out and seek the crescent on a day when the crescent is not usually sighted? [1] Let us explore the events in the order that they unfolded, by the permission of Allāh (subḥānahu wa taʿālā).

Going back approximately a month, at the end of the month of the Shar’I Rajab 1438, the crescent of Shar’I Sha’bān 1438 could not be sighted due to natural atmospheric conditions. Therefore, the month of Shar’I Rajab 1438 was completed as thirty days. This is as per the order of Prophet (sall Allāhu ʿalayhi wa sallam). It was narrated from ʿAbdullāh b. ʿUmar (radiy Allāhu ʿanhuma) that the Messenger of Allāh (sall Allāhu ʿalayhi wa sallam) said:

“The month is twenty-nine days, so do not fast until you see it, and if it is cloudy then complete the month as thirty days.” [2]

Fast-forwarding to the end of Shar’I Sha’bān 1438, the Supreme Court of the Kingdom of Saudi Arabia called on the Muslims to seek to sight the crescent on the 28th of Sha’baan 1438 [Shar’I date]. [1] This is said to have been taken as a precautionary measure to avoid any slightest of doubts regarding the beginning of the sacred month of the Shar’I Ramaḍān 1438, as the month of Shar’I Rajab 1438 was completed to be thirty days due to atmospheric conditions. [3]

On the 28th of Sha’baan 1438 [Shar’I date], the crescent was not sighted, further asserting the predictions. However, unfortunately, some media outlets began reporting that Saudi had declared the beginning of Shar’I Ramadan to be Saturday. This declaration was never made by the Saudi authorities. Rather, the Saudi Government’s official Press – Saudi Press Agency (SPA) – reported otherwise, thereby invalidating the claims made by some media outlets.

At 22:34 Riyadh Time, the Saudi Press Agency relayed the following from the Supreme Court:

“Praise be to Allāh alone. The court held a hearing today, 29th of Sha’bān, 1438 AH, according to the calendar of Umm Al-Qura, and the seeing of crescent of Ramaḍān has not been confirmed.

The court will hold a hearing tomorrow evening to issue a decision about seeing of the crescent of Ramaḍān, and will announce it according to the followed procedures.” [4]

It is to be noted that the date used by the Saudi Press Agency for reporting purposes is consistently based on the Umm al-Qura calendar as clearly stated in the above press release. So, the above 29th of Sha’bān [Umm al-Qura] is corresponding to 28th of Sha’bān [Shar’I date].

Islam21c went onto assert this information based on an earlier tweet from the SPA. [5]

Umm al-Qurā Hijri dates are fixed and do not change as it is based on astronomical (scientific) calculations. This is used for official proceedings by the Government of Kingdom of Saudi Arabia for civil matters and for matters that are not directly associated with ‘Ibādah. This or a similar calculation method is used to forecast Hijri dates in many Muslim countries across the globe in order to use the Hijri calendar as the primary calendar, thus holding onto the Muslim tradition since the time of ʿUmar b. al-Khattab (radiy Allāhu ʿanhuma). The astronomical Hijri calendars can be calculated for centuries. The Shar’I hijri dates, on the other hand, are based on sighting the crescent and cannot be calculated except to the 29th day of the current month. Therefore, the Umm al-Qurā Hijri dates and the Shar’I Hijri dates are two independent calendars, none of which are influenced by the other. [6]

The calculation methods cannot have any implications to govern matters of Shari’ah and that is not the purpose of those calendars. Shari’ah does not consider astronomical or scientific calculations for matters of ‘Ibādah (worship). This includes: declaring the beginning or the end of Ramaḍān, declaring any of the ‘Eīdain, fasting of ayyām al-bīdh for any month, calculating some types of ‘Iddah and so on.

Crescent sighting will once again be attempted on the evening of Friday, 29th of Shar’I Sha’bān 1438 corresponding to Friday 26th May 2017. If the crescent is sighted, Tarawīh will start on Friday after ‘Ishā marking the beginning of Ramadān, otherwise, the month of Shar’I Sha’ban will be completed as thirty days and Tarawīh will start on Saturday after ʿIshā, inshāAllāh.

In an environment where, sometimes, being first is given preference to presenting facts, much information goes unchecked. It is vital that we verify all information before we spread it. Allāh (subḥānahu wa taʿālā) says in the glorious Qur’ān:

O you who believe! If a rebellious evil person comes to you with a news, verify it, lest you harm people in ignorance, and afterwards you become regretful to what you have done. [7]

May Allāh (subḥānahu wa taʿālā) give us the tawfīq and the ability to spread only what is true and only that which pleases Him.

Islam21c will endeavour to keep you informed as soon as we are aware of any confirmative news from official sources. Please stay tuned.