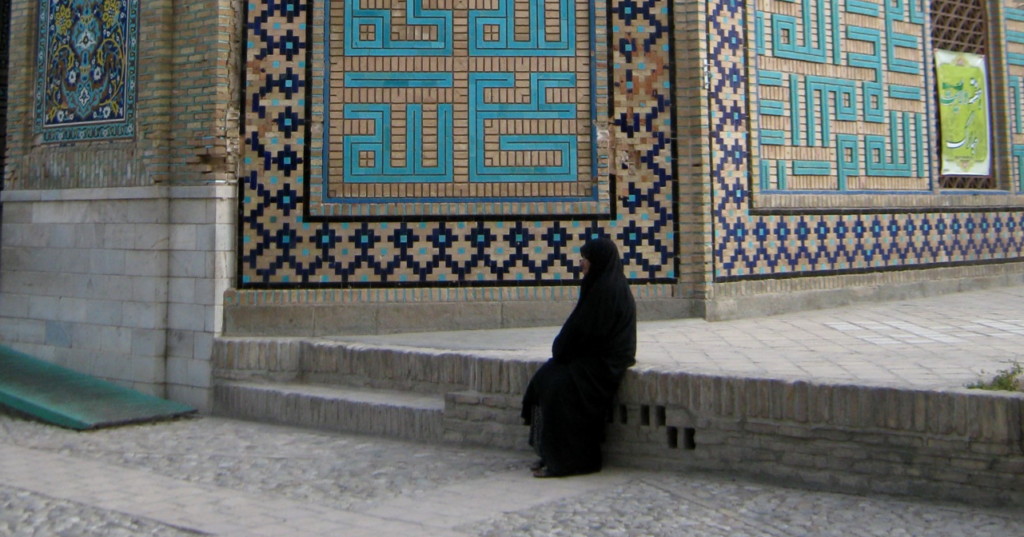 Ibn Qayyim al-Jawziyya (d. 1350) once said Saʻādat al-ʻabd (the happiness of the servant) is found in three things. The first is to be grateful to Allāh. When the servant can see the blessings of Allāh he reaps the benefits of this Dunya and he has his worldly happiness (desires) satisfied. The second is ṣabr ʻalā qadar Allāh (endurance of predetermined tribulations). When the servant is in a state of trial and tribulation he stays patient and stays firm in his obedience to his Lord. The third is to seek Allāh’s forgiveness when sinful. [1]

These three states of the servant bring him closer to his Lord in all affairs of his life, and the month of Ramaḍān encapsulates all three qualities. Firstly, it unites all believers across the globe in a spiritual striving, families gather and friends invite one other for meals. The believers become soft-hearted towards one another and seek to perform acts to benefit others. As for ṣabr ʻalā al-Ṭāʻa (patience and perseverance in following the commands of Allāh), the believers must sacrifice their sleep, food, and drink in the obedience of Allāh. Thirdly, in the month of Ramaḍān the believers seek their Lord’s forgiveness. The Prophet Muḥammad (sall Allāhu ʿalayhi wa sallam) said:

“Whoever spends the nights of Ramaḍān in prayer out of faith and in the hope of reward, he will be forgiven his previous sins.” [3]

For many Muslims, Ramaḍān brings them their Saʻāda (happiness) as they draw closer to their Lord. However, a group of believers experience ṣabr ʻalā qadar Allāh, as discussed by Ibn Qayyim, during this month; they are often our brothers and sisters who have entered the faith and who are forgotten during Ramaḍān. I will share a short reflection of my first Ramaḍān after taking my shahāda exploring just what filled my first Ramaḍān with happiness.

In 2010, at the age of seventeen, I had been a ‘secret Muslim’ for almost a year. I was drawing close to the month of Ramaḍān. I should define ‘Secret Muslim’ as some may be unaware. Many of us who come to Islām do not reveal our conversion to our families immediately. In fact, I kept my conversion secret for two years. So, I, the secret Muslim, would need to fast this blessed month of Ramaḍān. Of my many concerns was, in some senses, an everyday concern for me: “What would I eat?”

In the year that passed having been a secret Muslim, I had completely abandoned eating at home. I would pretend I had eaten, by feeding my non-ḥalāl food to either non-Muslim friends that I invited over or my pet cat (poor cat, he is still healthy). Ramaḍān was a month now of larger concern, outside of Ramaḍān perhaps I could have the occasional day without a proper meal and survive on a packet of crisps, but during the month, I do not think many are that brave. Not only was food an issue, but how would I explain not eating or drinking at all?

Alḥamdulilah for what was truly from the blessings of Allāh (subḥānahu wa taʿālā). A secondary school friend and I were sitting and talking, and I asked him, “What do you think I should do during Ramaḍān? I am a little worried”. He quizzed me on why I would be concerned, at which point I informed him of my situation, which had until then not been known. My friend’s response was a heart-warming response which resulted in the forging of a lifelong friendship. “Why don’t you have ifṭār at my house?” he said to me. What followed was a most eventful Ramaḍān, the discovery of Pakistani cuisine (more specifically biriyani), and an enriching experience of what it was like, to a certain degree, to be “born a Muslim”. Despite this, I still felt a deep sadness and yearning; I wanted this experience with my own parents: to share those final moments of hunger, anticipation of food, and most importantly the pleasure of obeying one’s Lord. Yet, this matter was not decreed for me, I want to share two wonderous moments that were. The first time I discovered tarāwīḥ, my first thoughts were, “All night? But we just fasted all day…” and more importantly, the first time I heard of Laylat al-Qadr, a night whose very mention brings tears to one’s eyes, a night in which Allāh (subḥānahu wa taʿālā) draws close to His creation, an opportunity to put the past behind you and start afresh as an obedient servant of Allāh(subḥānahu wa taʿālā).

In my first Ramaḍān, Allāh (subḥānahu wa taʿālā) blessed me with a friend and his family who made my Ramaḍān easier, who took care of my concerns and worries, may Allāh (subḥānahu wa taʿālā) reward them and bless them. However, many converts do not have this opportunity, many converts feel they have joined a community which has abandoned them. Only recently, I was speaking with a brother who said to me

“Akhī, wallāhi if I did not fear Allāh, I would leave it all and go back to my family.”

Many of our brothers and sisters rely on masājid to provide their ifṭār, but this is no substitute for a circle of friends or at least a familiar face to share ifṭār with. Alḥamdulilah, there are organisations such as Revert2Reality who strive hard to make the situation for converts better. However, this is a responsibility we all share, the Prophet Muḥammad (sall Allāhu ʿalayhi wa sallam) said:

“The most beloved people to Allāh are those who are most beneficial to the people. The most beloved deed to Allāh is to make a Muslim happy, or to remove one of his troubles, or to forgive his debt, or to feed his hunger. That I walk with a brother regarding a need is more beloved to me than iʿtikāf in this masjid in Madīna (al-Masjid al-Nabawī) for a month…” [5]

In retrospect, my advice to all those who know a person who has embraced Islām is to invite them over for ifṭār and make them part of your family, and if you cannot, then help those organisations which seek to serve the convert community. As for my convert brothers and sisters, my advice to you is to stick to the jamāʿah. Do not isolate yourself; force yourself to socialise and make friends, but most importantly, do not rely on any human being, rather rely on Allāh (subḥānahu wa taʿālā) alone. Surely, whenever a believer puts his faith in creation, it only results in his disgrace and when he puts his faith in Allāh (subḥānahu wa taʿālā), he only finds success.

This article was first published in 2019.

Moḥammed Ibrāhīm al-Shafiʻi (Reece Byfield) is a public speaker, who has delivered various talks as well as participated in FOSIS tours around the U.K. He is currently in the third year of an ʻAlimmiya (Islamic scholarship program) studying under Shaykh Akram Nadwi at al-Salam Institute, as well as having studied with post-graduates from Madina and al-Azhar universities. He is also a philosophy student.