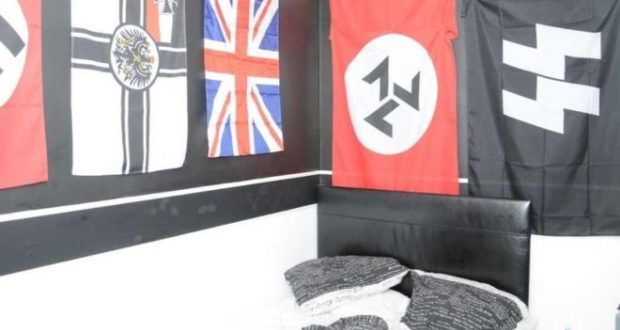 A neo-Nazi teenager who made a home-made pipe bomb has been sentenced to a three-year youth rehabilitation order.

The 17-year-old from Bradford, who cannot be named, was also ordered to receive intensive counselling from a deradicalisation expert.

The teenager had been convicted of making the pipe bomb at Leeds Crown Court in January.

During his trial it emerged he was a member of the “secretive neo-Nazi” group National Action.

The boy, who praised the killer of MP Jo Cox, was arrested after he put a photo of the pipe bomb online.

Last month he was found guilty of making explosives but acquitted of the preparation of terrorist acts.

Passing sentence Mr Justice Goss said the boy needed “a considerable amount of work and attention” in order to address his behaviour.

The judge told the boy he rejected his claim to have been “merely fooling about with fireworks” and said “you have continued to express extreme views”.

He said the boy would have received “a substantial custodial sentence” had he been convicted of preparing terrorist acts.

Counter-terrorism officers arrested the boy in his bedroom in July 2016 after a member of the public alerted them to a series of Snapchat posts.

These posts included apparent threats to ethnic minorities and an image of the pipe bomb.

Detectives found the improvised explosive device inside a desk drawer and an army bomb disposal expert was called out to make it safe.

During his trial the boy admitted he had wanted people to think he was planning an attack, but said he never had any real intention of carrying one out.

He told the court he still held Nazi views and he had been a member of National Action. It was proscribed under anti-terrorism laws in December.

Jo Cox was murdered by Thomas Mair in act of of far-right terrorism in her West Yorkshire constituency of Birstall.

The 17-year-old posted a picture of her killer online saying “Thomas Mair is a HERO”.

“We need more people like him to butcher the race traitors”, he also wrote.