Abandoning a two-state solution for an apartheid state 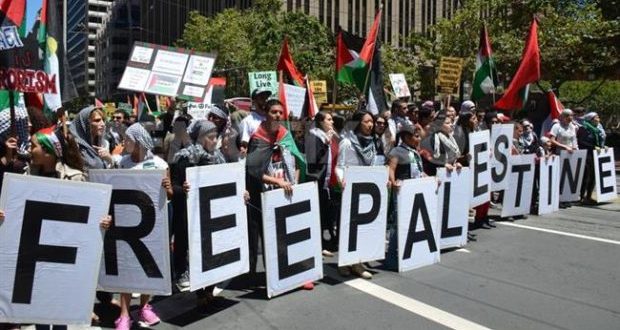 Palestinians angrily warned the United States on Wednesday against abandoning a two-state solution to the conflict with Israel, after a White House official said peace did not necessarily have to entail Palestinian statehood.

Palestinian officials said the only alternative would be a single democratic state for Jews, Christian and Muslims together – or an “apartheid” state that would be “a disaster and a tragedy for both Israelis and Palestinians”.

On Tuesday, in a sharp reversal of US policy, a senior White House official briefed journalists in Washington that it was up to the Israelis and Palestinians themselves to decide on the shape of any future peace, adding: “Whether that comes in the form of a two-state solution if that’s what the parties want, or something else.”

Donald Trump, while giving peace “high priority”, would not try to ”dictate” an agreement, the official said.

The remarks, appearing to distance the US from one of its defining foreign policy pillars of the last two decades and a premise long regarded as central to the Middle East peace process, caught Palestinian officials by surprise.

Just hours ahead of Wednesday’s meeting between Trump and the Israeli prime minister, Benjamin Netanyahu, they responded with anger and bafflement.

Calling on the wider international community to “stand shoulder to shoulder” with Palestinians to protect the two-state solution, Saeb Erekat, senior Palestinian negotiator, warned that undermining the long-standing strategy was no joke.

“We want to tell those who want to bury and destroy the two-state solution that the real alternative to a Palestinian state living alongside an Israeli one on the 1967 lines is a democratic, secular state where Jews, Christians and Muslims can live together,” he said.

Emerging from a meeting with the speaker of the UK parliament, John Bercow, in Jericho, he added: “Those who believe they can leave the two-state solution and replace it with one state and two systems, I don’t believe they can get away with it. It is impossible. I believe undermining the two-state solution is not a joke and that would be a disaster and tragedy for Israelis and Palestinians.”

Referring to far-right Israeli ministers who have called for an end to the two-state solution and an annexation, Erekat added: “People can hallucinate and believe they can create one state with two systems but this this is not sustainable.”

Husam Zomlot, strategic affairs adviser to the Palestinian president, Mahmoud Abbas, also noted that Palestinian statehood had long been at the heart of international peace efforts.

“The two-state solution is not something we just came up with. It is an international consensus and decision after decades of Israel’s rejection of the one-state democratic formula,” Zomlot told Reuters in Jerusalem by telephone from the West Bank city of Ramallah.

“If the Trump administration rejects this policy it would be destroying the chances for peace and undermining American interests, standing and credibility abroad,” said Hanan Ashrawi, a senior member of the Palestine Liberation Organisation.

“Accommodating the most extreme and irresponsible elements in Israel and in the White House is no way to make responsible foreign policy,” she added in a statement.

Netanyahu committed, with conditions, to the two-state goal in a speech in 2009 and has broadly reiterated the aim since. But given regional instability and long-running divisions in Palestinian politics, many in his cabinet argue the time is not ripe for a Palestinian state to emerge.

Far-right cabinet ministers in Israel have called for the annexation of parts of the West Bank, which was among the territory Israel captured in the six-day war of 1967. Netanyahu has not endorsed that demand.

Leaving for Washington on Monday, Netanyahu sidestepped a question on whether he still backed a two-state solution, saying he would make his position clear in the US capital.

He has spoken in the past of a “state minus”, suggesting he could offer the Palestinians deep-seated autonomy – they already exercise limited self-rule in the West Bank under interim deals – and the trappings of statehood without full sovereignty.