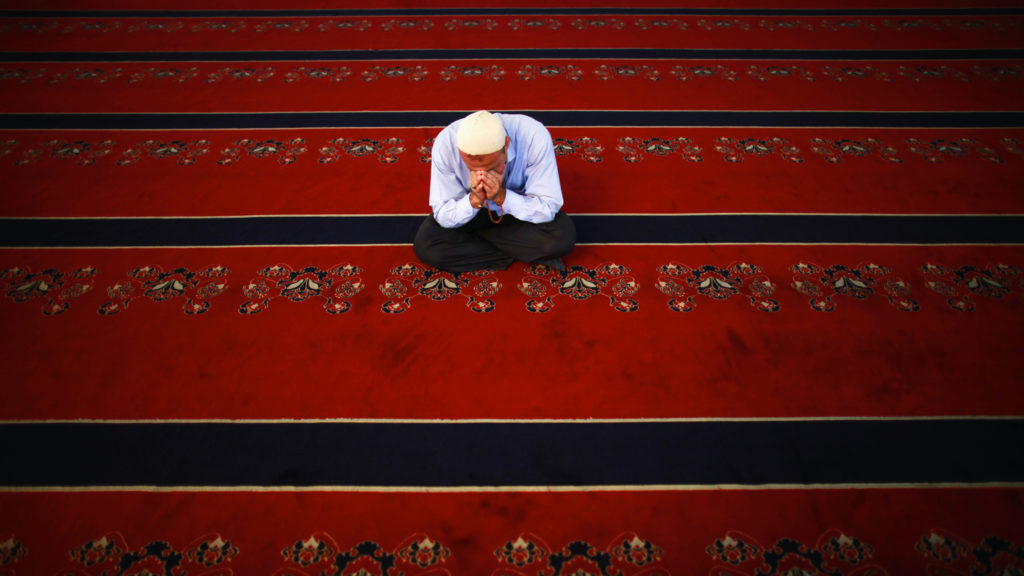 21 Duʿā Gems 💎 to Rejuvenate Your Relationship with Allāh

We all go through moments in our lives where we feel our spiritual and emotional connection with our Lord is lacking or diminished for one reason or another. I have personally heard this complaint from different brothers – laymen and students of knowledge alike. This may be due to work commitments, a busy family life or a difficulty they have faced. With students of knowledge, some complain that the academic side of learning sacred knowledge, researching and even teaching can become monotonous at times leading to a decrease in zeal and motivation.

It is for this reason that I wanted to share some ‘gems’ from a course I took recently and benefitted from immensely. This was not a duʿā course per se. If anyone would like a book on the inner dimensions of Duʿā together with its practical applications, then I would strongly recommend various comprehensive works written on this topic – in both English and Arabic, such as Dr Yasir Qadhi’s Duʿā: the weapon of the believer.[1] I like to think that I know the rules about Duʿā – all the dry, academic and intellectual aspects of Duʿā. However, I took this course because wanted to go from being a Duʿā robot to someone who knows Duʿā intimately, and really move beyond being a rote-memory parrot to someone who lives by their Duʿās.

The program I undertook was a tarbiyya (personal development) course where we learned how to select, engineer and tailor specific duʿās so Allah (subhānahū wa taʿālā) can manifest them. What follows are 21 ‘Gems’ I compiled whilst taking the course, which I hope will go some way in capturing the spirit of this particular course.

💎 # 1: Sometimes our duʿās don’t manifest because we didn’t ask Allah in a manner that befits His Majesty. For example we are not persistent whilst being certain of a reply. I say ‘manifest’ and not ‘answer’ because we know that Allah (subhānahū wa taʿālā) answers the Duʿā of His servants in different ways, as described by the Prophet (sall Allāhu ʿalayhī wa sallam).[2]

💎 # 2: It is fine to make dunyawi (worldly) duʿās – this is what Allah (subhānahū wa taʿālā) has taught us to say.[3]  But don’t just make duʿā for your dunya or ākhira (hereafter) alone. Since you cannot see the ākhira yet, you might get demotivated and leave those duʿās. Likewise, your dunyawi duʿā might not manifest when you want it to and that will also make you lose hope. Instead, combine between the two so that it makes you excited each time. For example: “O Allāh grant me a beautiful home so that I can worship you with a peace of mind;” or “O Allāh grant me a beautiful car so that it that will be a constant reminder to me of your generosity and kindness.”

💎 # 3: Duʿās should be such that they excite you and give you butterflies in your stomach each time you recite them. Don’t do the ‘same old’ duʿās like a parrot if they don’t come from an attentive heart. Revise and renew your duʿās every six months so it keeps you attentive, motivated and energised.

💎 # 4: Some duʿās require you to take steps (‘Tie the camel’) to make the duʿā manifest. For example, getting a new job requires making applications. Other duʿās are completely out of your hands and just require you to keep pleading to Allah, like the illness of a family member. It is this second scenario where you feel closer to Allah (subhānahū wa taʿālā) as you are completely helpless and the matter is completely out of your hands.

💎 # 5: We sometimes laugh when a child loses a crayon because it is so insignificant and we can easily replace it. Imagine then how our requests are to the one who owns the entire creation! Nothing is too big or too small so nothing is unrealistic. He is “over all things capable.”[4]

💎 # 6: If your duʿās were a vehicle to you achieving your dreams imagine what your worship would be like. You would never want Salāh (prayer) to end!

💎 # 7: The famous hadith states that duʿā is the essence of worship. Everything you have is a gift from Allah, so keep asking for more. Giving to you what you want will never decrease His kingdom in the slightest![5]

💎 # 8: When making a duʿā, show Allāh (subhānahū wa taʿālā) that you truly believe He can answer. After all, Allāh said that “I am as my servant thinks of me.”[6] So have husn al-dhann (a positive, optimistic expectation) with Allāh. Then keep continuing with the duʿā, be persistent and wait for the manifestation.

💎 # 9: Any idea that makes you not want to make duʿā is from shaytān (Satan). Allāh (subhānahū wa taʿālā) wants us to keep making duʿā and asking Him all the time. If you think being content means to stop making duʿā then you have misunderstood what contentment means.

💎 # 11: You should not feel guilty about asking Allah for something when the Ummah is going through difficulty. The more you have, the more you can give. When you ask for yourself ask for the Ummah as well. Allah wants us to constantly turn to Him and ask Him in all times – good times and ‘bad’ times. Take care and strengthen yourself: financially; emotionally and psychologically; because the better the state of your mind and health, the more productive a member of the Ummah you will be.

💎 # 13: You are not asking a human being so take out ‘impossible’ from your vocabulary when making duʿā because you are asking the Lord of the heavens and the earth and all that is contained within them.[8] Remember we humans have not even seen all of Allāh’s creation and probably never will. His kingdom and creation is vast beyond our comprehension. Our minds are limited so make duʿā with your heart and consciously exclude any limitations you might put over your duʿās.

💎 # 14: Raise your duʿās by being passionate and consistent. There might be something you feel very strongly about, like a test you have been through, or something you really want in life. Use the energy, passion and intensity from that feeling to transform your duʿās so that you are pouring your heart out to the Almighty. Always ‘raise your duʿās‘ and never aim low – you are asking the One who is capable of anything and everything.[9]

💎 # 15: Stop saying “this is Allah’s qadr (decree)” as an excuse not to make duʿā and work hard for what you want. You do not even know what Allah’s qadr is for you so just make duʿā, follow up with actions and it will happen if He wills. Whatever happens at least you have done your bit.[10]

💎 # 16: You will find when making duʿā for your children, that those duʿās are actually what you want in your own life, such as piety, good manners, education, knowledge, and so on. Therefore, make sure as far as possible, you are a good example for your children of what you are asking for.

💎 # 17: Sometimes we do not know what to ask Allah (subhānahū wa taʿālā) for because we do not ‘allow’ for ourselves what we allow for others. For example, we do not see ourselves as successful people and so we find it hard to make duʿā for success. As Muslims we should dream big, aim high, make powerful duʿās and follow up with actions. The ‘how’ and ‘when’ of the manifestation of that duʿā is up to Allah (subhānahū wa taʿālā).

💎 # 18: Want your duʿās to be answered? Eat halāl and live a halāl lifestyle because the answer or manifestation is dependent on piety. A lot of Muslims take this very lightly and are careless with where their money comes from and what source of income they are using to feed their families.[11] Then, they complain of a hard heart or that their children become misguided.

💎 # 19: If you cannot wake up for tahajjud and plead to Allāh for something you want, you probably do not really want it that much. Ask Allāh in the depths of the night and He will answer.[12]

💎 # 20: Developing your duʿās takes time. Choose about 6 ‘Dream Duʿās‘ you want to ask Allāh for. Think about them, visualise them (use Google images to help), make sure it is concrete, refine your duʿās, make sure they get you excited and give you butterflies in your stomach. Then build your daily duʿā habit – ask Him and keep asking!

💎 # 21: Building your daily Duʿā habit is a bit like taking your meal – you build it around your lifestyle. For example, when you are out with friends you go for a meal because you have set aside some time for that. Other times you are busy at work so a sandwich or salad is fine. You do the same with duʿā – when you are by yourself, take your time and when you are busy, abbreviate them, but try to get all six of your ‘dream duʿās‘ made. You need avoid a scenario where you are rushing through your duʿās or your duʿās are taking a long time and making you feel fatigued.

[1] Dr Qadhi, Yasir, ‘Duā: The Weapon of the Believer – A treatise in the status and etiquette of Duā in Islam,’ (Hidaayah Publications, 2001).

[2] The Messenger of Allāh (sall Allāhu ʿalayhī wa sallam) taught us that supplications are answered in one of three ways:

[4] “And [He promises] other [victories] that you were [so far] unable to [realise] which Allāh has already encompassed. And ever is Allāh, over all things, competent.” (Al-Qur’ān 48:21)

[8] [From] the Lord of the heavens and the earth and whatever is between them, the Most Merciful. They possess not from Him [authority for] speech.  (Al-Qur’ān 78:37)

“Some people spend Allāh’s wealth (i.e., the Muslims’ wealth) in an unjust manner; such people will be put in the Hell on the Day of Judgment.” (Bukhari)

“… Then he mentioned (the case of) a man who, having journeyed far, is disheveled and dusty and who spreads out his hands to the sky saying, O Lord! O Lord! While his food is unlawful, his drink unlawful, his clothing unlawful, and he is nourished unlawfully—how can he be answered?” (Muslim)

[12] Abu Huraira reported: The Messenger of Allāh, peace and blessings be upon him, said, “Our Lord descends to the heaven (in a manner that befits His Majesty) on the last third of every night, and he says: Who is calling upon me that I may answer him? Who is asking from me that I may give him? Who is seeking my forgiveness that I may forgive him?” (Bukhari and Muslim)