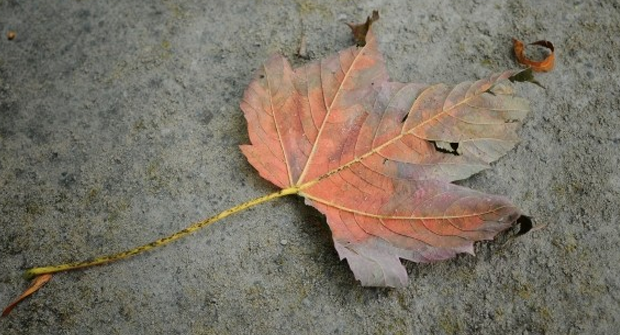 The illustrious scholar Ibn Qayyim al-Jawziyyah (751 AH) authored an incredible work, al-Da’ wa al-Dawā’ (The Disease and the Cure), in which he detailed with remarkable insight the hideous consequences of sinning and disobeying Allāh (subḥānahu wa taʿālā). In this article a tiny segment of his discussion is presented, where he turns to the topic of blessings and how one is deprived of them as a result of acts of disobedience. The following is what he wrote:

“It uproots the blessings of one’s life, sustenance, knowledge, deeds and obedience. In short, it eradicates the blessings of religion and world. You will not find the least blessing in the life, religion or world of one who disobeys Allāh. It is none other than the disobedience of creation that effaces blessings from the Earth. Allāh says, ‘And if the people of the towns had believed and had taqwa [piety], certainly, We would have opened for them blessings from the Heaven and the Earth’.”[1]

Allāh (subḥānahu wa taʿālā) also says, ‘If they had adopted the right way, We would have bestowed on them water in abundance, that We might try them thereby’.[2] In a ḥadith it is stated that ‘Indeed a servant is deprived of sustenance as a result of a sin he embarks upon.’ In another ḥadith, ‘The Holy Spirit [i.e., Jibrā’il] released into my soul, that a soul will not die until it replenishes its sustenance; so fear Allāh and be moderate in your supplications; what is with Allāh can only be attained through obedience to Him. Indeed, Allāh has decreed refreshment and joy in contentment and certainty and He has decreed anxiety and grief in doubt and discontent.’ The narration mentioned by Aḥmad in the chapter on asceticism (zuhd) in his book al-Musnad cites, ‘I am Allāh. If I am pleased I bestow blessings and My blessings have no limit. If I am angry I curse and My curse extends to the seventh generation.’

The expanse of sustenance and deeds is not calculated by its multitude and nor is the length of one’s age determined by the number of months and years, but the expanse of sustenance is measured by the blessing within it. It has already preceded that the age of the slave is the span of his life and that there is no life for the one who turns away from Allāh and preoccupies himself with other than Him; the lives of beasts are better than his life. The life of a person is determined by the life of his heart and soul and his heart will have no life unless it knows its Maker; loves Him; worships Him alone; turns to Him in repentance; finds tranquillity in His remembrance and endearment by being near to Him. Whoever forfeits this life has lost out on all good even if he compensates it with something of the world. In fact, the world in its entirety cannot compensate for such a life. Everything the slave loses out on has a substitute but if he loses out on Allāh, nothing at all can ever substitute Him. How can something that is inherently in need compensate for the One who is inherently rich; that is inherently incapable compensate for the One who is inherently able?; the dead compensate for the Ever-living who will never die?; the creation compensate for the Creator, or one who intrinsically has no existence and possessions at all compensate for One whose richness, life, perfection, generosity and mercy are essential qualities of His essence? How can one who does not own even the weight of an atom compensate for the One who possesses the dominions of the Heavens and the Earth?

The reason that disobedience of Allāh eradicates the blessing of one’s sustenance and age lies in the charge of Satan with disobedience and its perpetrators. His authority is over them and he refers back to this office, its people and associates. The blessing of anything that connects and unites with Satan becomes obliterated; the mentioning of Allāh’s (subḥānahu wa taʿālā) name was prescribed at times of eating, drinking, dressing, mounting and sexual relations because of the blessing associated to the name of Allāh. The mention of His name expels Satan and cause blessings to materialise; nothing can challenge the name of Allāh.

Anything that is not for Allāh will have its blessing removed as it is the Lord alone who blesses and all blessings emanate from Him. Everything that is attributed to Him is blessed: His speech is blessed; His Messenger (sall Allāhu ʿalayhi wa sallam) is blessed; His believing servant who benefits creation is blessed; His sacred house is blessed and His quiver on earth, Shām, is a land of blessing; Allāh describes it as being blessed in six verses of His Book.

So none but He alone can bless and nothing besides what is attributed to Him is blessed, i.e., attributed to His servitude, love and pleasure since the whole universe is otherwise ascribed to His lordship and is His creation. Everything He distances from Himself be it an essence, statement or deed, does not contain any blessing or good. The closer something is to Allāh determines its blessings, in direct proportion to its nearness to Him.

The direct opposite of being blessed is being cursed. The land, the person or action that Allāh has cursed will be the most remote from any good or blessing. Anything that is associated and linked to it or is a route to it will contain no blessing whatsoever. Allāh cursed His enemy, Iblīs, and made him the furthest creation from Himself; everything that emanates from his side will hold the curse of Allāh in proportion to its proximity and attachment to him. It is from this perspective that disobedience has the severest effect on effacing the blessings of one’s age, sustenance, knowledge and actions. Any period of time in which Allāh is disobeyed, any wealth, body, status, knowledge and action Allāh is disobeyed with, will count against the doer and not for him. The only life, wealth, strength, status, knowledge and action he really possesses is that with which Allāh is obeyed.

Ibn al-Qayyim and scholars of his calibre possessed the grace and favour of Allāh to clearly see the effects of sins as they really are. We should ask Allāh to condition ourselves to attain this clarity of sight and insight to see things for what they truly are. When we do not achieve the results we work for or miss out on the blessings we hope for, our first point of call should be to examine our own shortcomings and sins and to make amends.