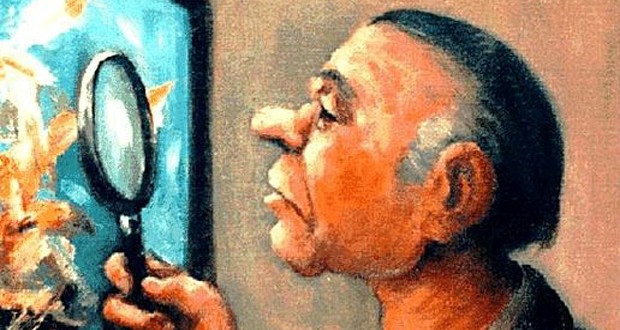 Decolonising the Mind through Critique

We live in a time of technological wonder. I can communicate with anyone in almost any part of the world at the click of a button. I can even see someone who is in another part of the world. In fact, today we are poised waiting for the next advancement. We anticipate it like we anticipate tomorrow. In this sense our frame of mind, especially in the West, is radically different to those of earlier ages.

However today, with the marginalisation of traditional belief, there is an implicit faith in the ability of technology alleviating the ills of the world like poverty and disease, while the other big woe of the world, namely war, is considered eradicable through the spread of education and knowledge.

In this sense we carry a nineteenth century belief that we in the West have an overarching answer to world problems.

True to Gandhi, the West still entertains grand notions of its advancement and believes (perhaps benignly) that its position of significant technological progress obligates it to help others. Of course, where it can it should, but the problem with the West rests in its superiority complex. What this means is that the West is often blind to how other cultures can benefit it.

From the Rushdie affair of the eighties to the more recent cartoon fiasco, technology has helped thrust localised issues on to the world stage. In both these cases the traditions of the West and those of the Muslim world were polarised and their respective cultures (notwithstanding the generalisation) brought into contrast. The former usurped the moral high ground rendering the latter backward and unenlightened (see Rushdie). Be that as it may, it is not my intention here to redress the balance or to conceptualise freedom of speech in a manner more sensible than in its present absolutist form in popular opinion – a position defeated by its own impracticalities. Instead, it is to focus on a rather small aspect of our information space which has emerged out of an advancement of technology and a conviction that everyone has the right to speak.

With the rise of the internet in the past decade or so, we have all found ourselves drowning in the sheer scale of information out there. There is little doubt that great benefit has been had from the access to so much information and people. Yet a dark underside has also emerged. Read an article, and underneath one can also read the comments that have been posted up. This offers a perspective on one segment of society and its sentiments. How large this segment is, is difficult to say. If, however, these sentiments are read as products of society (which I do) then they may be taken as a reading of its health. This segment, be it large or small, reflects then in some part society’s beliefs and attitudes. Sadly, it is this fact that has struck me as particularly disheartening.

A while back, Inayat Bunglawala posted a blog on commentsisfree.com about a new forum that allowed senior Saudi Clerics to receive feedback on their fatawa, which was followed by a diatribe of intellectually impoverished commentary and counter-commentary. {quotes}What was being displayed was out and out arrogance and conceited opinion masquerading as clever analysis. One example attacked the Arab world for having ‘nothing to offer the rest of the world except the oil found under their feet’.{/quotes}

When one commentator posted something about Mathematics, Astronomy, and Philosophy as a response, the reply was: What have the achievements of the Indians and the Ancients Greeks got to do with Arabs or Islam? Have you mistaken their passing on other people’s achievements to barbaric Christians for inventing these things in the first place? My sigh was probably audible several streets away from my house. One need not be well read or particularly bright to question the implication of such a claim as – ‘the Muslims simply passed the knowledge found in one or another civilisation to Europe and others’. Such a claim would have to contend with the commonsensical conundrum of how it is even possible for a people to be in possession of some valuable pieces of information, to hold on to these for a few hundred years, and pass them on unaffected. If they were unable to grasp the importance of the information and therefore unable to develop it, as all knowledge needs developing, why would they preserve it, which is clearly a prerequisite for it to be transmitted a few hundred years later. The discussion, as I was reading it, was not particularly insightful or enlightening, in fact it was intellectually crude and at times laughable because it was presented in such a ‘know-it-all’ fashion. Later, on the same thread, a challenge was posted, ‘to any of you politically correct morons’: Tell me one thing the Arab world has created, innovated or invented within the last 25 years? It seemed from the very way the person had phrased his challenge that an explanation of the devastating effect of colonialism on non-western nations over the past three hundred years or more would be ineffectual. He or she would trivialise no doubt the severe disruptions caused in the political, social, and cultural spheres of colonised nations. But leaving the intellectual arguments aside, since it is plain for anyone to see that those who engage in commenting in this way are not out there to exchange ideas, it is more than obvious that there are self-conceited critics in the West for whom the world is as they see it.

Surely in this regard they are the least advanced and progressive of people. What’s more, such people are products of a culture which promotes the right of everyone to speak but seems to consider it unimportant to teach its members humility, etiquette, and just plain politeness. {quotes}The advancement of technology and the spread of information do not make for progress, as many westerners believe following the ideologues of the Enlightenment.{/quotes}

The chief tenet of the Enlightenment was that the growth in knowledge and science (we may say technology) is the key to human emancipation. Individuals as different as Karen Armstrong and John Gray have both noted that there is no necessary connection between a growth in knowledge and science and human progress. In fact, as many historians of the past and philosophers of history have observed, progress is an extremely elusive term. Yet the West has accepted almost unquestioningly the belief that progress is co-relatable to technological advancement. This speaks more of the historical experience of the West which has driven it closer to embracing the empirical paradigm. And though this paradigm itself has been adapted and modified considerably, the creed has remained essentially the same. The adoption of this paradigm has rendered the human subject in western consciousness (again, notwithstanding the generalisation) as a purely material entity.

Owing to this, the West has restricted its understanding of progress to concrete and empirically measurable things. In this restriction it has made a grave error. As human beings we all have a right to speak as well as a right to be heard. But this right comes with responsibility and we cannot command rights while being negligent of our responsibilities. One of these at the very least has to be of being cordial in our speech and towards those to whom we speak. What’s more, this cordiality is not mere etiquette but a necessary component of conditioning a mind which is conscious of its limitations and thus carries with it a degree of humility. Unfortunately, the simplistic belief in everyone’s right to speak has formed a synergistic relationship with technological advancements to make the public space incongruous and irksome. Underpinning the vigour of this relationship is the West’s configuration of man as purely a material creature. In its effort to better understand the human being, the West has moved further from its reality. In this regard the West has much to learn from non-western cultures. Ironically, it may wish to start with the Islamic world – pace Rushdie – where it is taught that if you have nothing good to say, then you should observe silence.

The reason for my not remaining silent is because I have always understood ‘good’ to also include constructive criticism.

If the colonial experience left the colonised with an inferiority complex which survives to this day, the former colonisers have been left with a superiority complex. To fully overcome the colonial experience both must exorcise themselves of these traits, and while it is no surprise why those in a position of feeling superior may not rush to loosing that feeling, the formerly colonised are in a position to lead the way. The more they deflate the egos of the former imperialists the more they decolonise themselves. And to this end, careful and well thought out critique is a potent methodological approach.