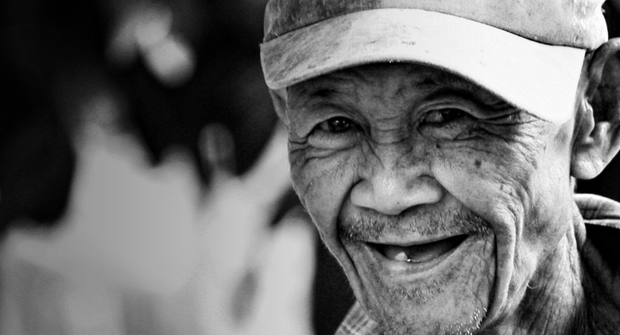 A brother once went to see a Sheikh with the intention of censuring him for some of his views. Full of anger, he shouted at the Sheikh, but then quite quickly he begun to calm down and smile. What is it that the Sheikh did to make this brother who was shouting at him smile? The Sheikh simply smiled at him.

This is a very effective tool that helps in giving dʿawah, dissolving tension, or simply demonstrating brotherhood to others. The beautiful nature of smiling is that it is contagious and it is unfortunate that the Sunnah is usually only associated to clothes and a long beard, but not to aspects of character such as smiling.

Brings people closer to you

Whenever Anas (raḍiy Allāhu ʿanhu) saw the Prophet he would find his blessed face as bright as the full moon, and whenever he (sall Allāhu ʿalayhi wa sallam) gazed upon Anas, he would smile. Every encounter was met with a smile which caused the heart of this great companion to be greatly affected – so much so that he felt that he was the most beloved to him. Naturally he wanted his thoughts confirmed, so he asked the Prophet as to who the most beloved person to him was. The Prophet replied “Abū Bakr.” Hoping that he would be the most adored to the Prophet after Abū Bakr, he repeated the question and to Anas’s surprise, it was not him but instead ʿUmar. From this simple act, the Prophet was able to make Anas think that he was the most beloved person to him. It was with these small but greatly effective gestures that did not take much effort that made the Prophet so beloved to all people of his time. In fact, ʿAbdulāh b. Hārith (raḍiy Allāhu ʿanhu) said, “I did not see anyone who smiled more than the Messenger of Allāh (sall Allāhu ʿalayhi wa sallam).”[1]

A study was carried out by two Americans and they concluded that smiling is something that we cannot do without. They conducted an experiment and told the participants not to smile for three days which they were consequently unable to do.

The primary reason as to why people genuinely smile is first due to the result of an inner feeling and also as a means of showing how one feels. This is illustrated with making a strike or spare whilst bowling. Once the pins have fallen, there is a natural reaction to smile. But when that person turns around to his peers, he smiles again to share his happiness. However the Islamic reasons for smiling extend beyond this and do not only include politeness, but also show love and affection – this being embodied in the hadith “Smiling in the face of your brother is charity.”

The essence of charity is to give, but what has smiling got to do with Ṣadaqah? It is almost as though you are giving some of your character or good will to another person when you smile. The nature or the restricted meaning of charity is that it divides people into wealthy people who can give and those who receive, but smiling is a charity that is not restricted to wealth, class, or status, but instead it is free and can be done by anyone. This is an exemplary illustration that charity is a personification of all that is good. Furthermore, it brings people together and as a result strengthens the bonds of society. This illuminates the hearts of locked souls and the effect of a smile penetrates the depths of one’s emotion forcing others to reciprocate this action. It is a universal language that binds all people together.

Helps to change your attitude

Smiling has a great effect on a person’s situation. As such, the next time something does not go our way we should try smiling instead of showing signs of frustration since this will help us to be more content with the Qadr (decree) of Allāh. Consequently, this has a great effect on your attitude allowing you to deal with matters in a calmer and stress-free way. It generates a positive vibe that allows the individual perception to change within a few moments.

There is a theory in psychology called ‘facial feedback’. Davis and Palladino explain that “feedback from facial expression affects emotional expression and behaviour.”[2] Some research was conducted whereby participants were told to make angry faces which resulted in increased blood flow to the hands and feet. Other such research has concluded that smiling aids in changing the way one feels. It does not only help to change your own attitude, but others as is reflected in the story between the angry brother and smiling Sheikh mentioned previously. Also, Malik El-Shabbaz[3] (raḍiy Allāhu ʿanhu) mentioned an interesting incident wherein he said that if someone was to find the angriest person and simply smiled at them, after a few encounters, irrespective of the built up angst they possess, he would eventually smile. This is the nature of smiling that unfortunately is not practised amongst many of the Muslims today. The situation today is such that if someone does smile, it usually means they want something. By simply making this a habit, we will see a change in the habits of the people around us. However, this smiling should not be done to the opposite sex because this action that is a form of charity turns into something that is immoral.

By a simple gesture such as smiling, we can cheer up a person’s day. One of the companions related that he was about to be put to trial and he saw the Prophet smile at the companions whilst they were praying. He said ‘his face was [glittering] like a page of the Qur’ān’.[4] This was on the same the day he died. How many aḥadīth have we heard of the Prophet smiling so much that his molar teeth could be seen? This should be an encouragement for us to smile. However bad our situation or depressing our state, the Muslims need to smile. It will give us a more positive outlook on life and not give the perception that we are an angry people who do not enjoy life. A smile is a manifestation of love and brotherhood, some of the pre-requisites for entrance into Paradise.

What is fascinating is that when the Prophet (sall Allāhu ʿalayhi wa sallam) was reprimanded for frowning in Surah ʿAbasa. He did an action to one who was blind. He did not say to Ibn Umm Maktūm to come back later or say anything unkind as the Prophet was busy talking to Chieftains of Quraish. Rather, he did an action that Ibn Umm Maktūm could not see himself. Allāh reprimanded the Prophet for a facial expression. If Allāh deemed that this small action be in the Qur’ān until the Day of Judgement, then certainly we should try our best to make an effortless smile to our own brothers and sisters.