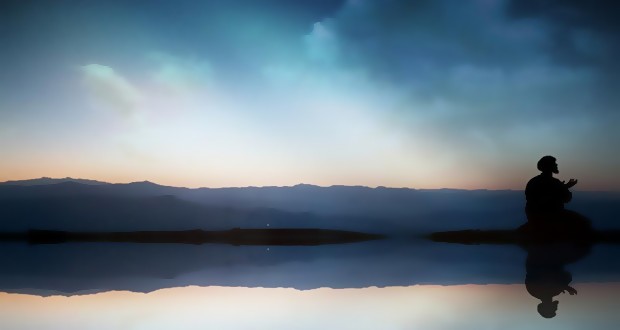 Following on from the previous article, this article discusses the dread the believer should feel in relation to his righteous actions being rejected by the Almighty.

The purpose of servitude is to submit and comply out of love and subservience; attaching importance to orders and prohibitions is thus a manifestation of venerating Allāh, the Most High. Allāh says,

“That [has been commanded], and whoever honours the sacred ordinances of Allāh – it is best for him in the sight of his Lord…”[1]

The widespread occurrence of acts of disobedience, evil deeds and corrupt desires in Muslim lands is solely due to weakness of faith and the disregard for the veneration of Allāh’s commandments. This veneration means to abide by the texts of the sacred law; to have a genuine adherence to their demands and indications, and to cling to them firmly. The directives from Allāh and His Messenger (sall Allāhu ʿalayhi wa sallam) rightfully deserve reverence and execution, indeed Allāh says,

“The steadfastness of the heart is achieved by two matters: the first is that love of Allāh is preferable to a person above all other forms of love. The second matter is to venerate Allāh’s orders and prohibitions, which originates from venerating the One who commands and forbids; Allāh rebukes one who neither esteems Him nor His orders and prohibitions. Allāh says ‘What is [the matter] with you that you do not attribute to Allāh [due] waqār?’”[4]

The explanation of waqār has been provided as ‘What is the [matter] with you that you do not attribute to Allāh [due] grandeur?’ Ibn al-Qayyim then said, “The sign of venerating commandments is to observe their timings and limits and to be acquainted with their pillars, obligations and matters that perfect them; to strive to refine their performance in their times and to hasten to perform them when obligatory; and to have regret, despair, and be remorseful when falling short of their rights.” He then mentioned a number of signs that demonstrate veneration of prohibitions. In summary they are: “Striving to remain distant from its sites of occurrence, its causes and allurements, and avoiding any means that brings one closer to them; to be angry for Allāh’s sake when His prohibitions are violated; to feel downcast when Allāh is disobeyed upon His own land and is not obeyed through establishing His laws and commands; to not continue upon a permitted concession to the extent that he becomes incompliant, not remaining upright upon the middle path; to not render a reasoning to a degree that diminishes submission and compliance to Allāh’s command – instead he submits to Allāh’s commands and rulings and enacts what has been commanded regardless as to whether the wisdom of the legislation is apparent to him or not…”[5]

A related matter to which importance should be attached is that scholars, students, researchers and thinkers should all strive to provide proof for their findings and rely upon scriptural texts concerning theoretical knowledge and practical action, “It is uncommon for one to be lacking of scriptural authority if they are well-acquainted with scripture and of its inference to rulings.”[6] They must approach scripture with the attitude of being in need of it; seeking its guidance; and in full adherence of its indications. Sublime indeed is the statement of Imām al-Thawrī, “If you are able to not scratch your head unless there is [justification from] a textual narration, then do so!”[7]

Whoever examines established scriptural texts and then chooses to pass over them,  or assault them with arbitrary misinterpretation or aberrant distortion and explains them in accordance to the whims of people or out of adulation of those championing secularism or westernisation – in reality this person does not demonstrate a need for scripture or any veneration for its laws. Ibn Taymiyyah said “One of the great fundamentals amongst the Companions and those who followed them in righteousness is that they would not permit any person to contradict the Qur’ān with his opinion, savour, understanding, analogical deduction or experience. Unquestionable proofs and lucid signs confirmed to them that the Messenger came with guidance and the religion of truth and that the Qur’ān indeed guides to that which is best and most upright.”[8]

I believe that if the du‘āt (propagators of Islam) and the progeny of this Islamic awakening were to understand this issue in its truest sense and were to adhere to it in their methodology of development, activity and reformation, it would certainly yield for them great uniformity and discipline in their strategies for da‘wah (Islamic propagation) and reformation, and they would traverse upon a solid straight path. However, with much regret the veneration of scripture has diminished amongst some of them with partisan models, illusory gains and benefits instead becoming the standard by which the affairs of da‘wah are measured.

Previous: History and the Role of the Historian
Next: About i21C