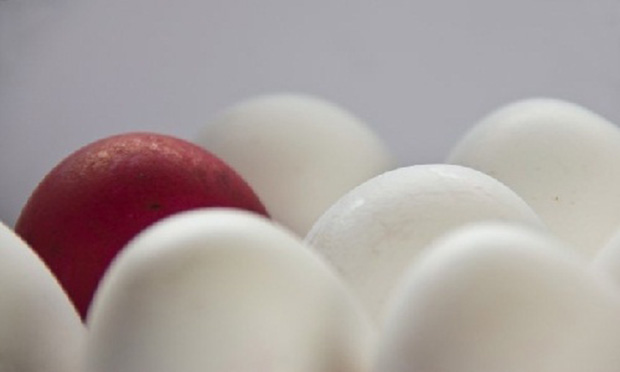 With the Name of Allāh, the All-Merciful, the Most Merciful
My Lord, facilitate matters through Your mercy.

On the authority of Ibn Masʿūd, the Messenger of Allāh (sall Allāhu ʿalayhi wa sallam) said,

“Islām began as something strange and it will return to being something strange, so Tuba to the strangers.” It was asked of him, ‘Messenger of Allāh, who are they?’ He replied, “Those who correct the affairs at a time when the people become corrupt.”[1]

“Islām began as something strange and it will return to being strange just as it began, so Tuba for the strangers.” It was asked of him, ‘Messenger of Allāh, who are the strangers?’ He replied, “Those who have departed from the tribes.”

ʿAbdullāh b. Humayd – Abū Bakr al-Muʿaddib encapsulated the meaning of this ḥadīth in a poem:

Islām began as something strange,
To what it was it shall again change.
So tuba for those who are strange.
All of them: the first and the last.
When asked how they were classed,
“The departees from the tribes,”
the Prophet recast.

On the authority of Abū Hurayrah the Messenger of Allāh (sall Allāhu ʿalayhi wa sallam) said,

ʿAbdullāh b. Yazid al-Dimashqi said that: Abū Dardā, Abū Umamah, Wathilah b. al-Asqa and Anas b. Mālik informed him that the Messenger of Allāh (sall Allāhu ʿalayhi wa sallam) said, “Islām began as something strange and shall return to being something strange, so Tuba for the strangers!”

ʿAbdullāh b. ʿAmr reports that he heard the Messenger of Allāh (sall Allāhu ʿalayhi wa sallam) saying while we were with him, “Tuba for the strangers.” It was asked of him, ‘Messenger of Allāh, who are the strangers?’ He replied, “A small group of righteous people amongst a large number of evil people; those who disobey them are greater in number than those who obey them.”

‘In this world the believer is like a stranger, he does not despair when it humiliates him and neither does he covet its grandeur. The people are in one state and he is in a totally different state.’[2]

In the world, the believer is a stranger, full of agitation.
He seeks not distinction, he despairs not at humiliation.
Alone; shrink does he from all of creation,
Yet ever true in servitude and pure intention.

Before the advent of the Messenger of Allāh (sall Allāhu ʿalayhi wa sallam) people would adhere to different religions; you would find the Jew, the Christian, the Magian and the polytheist. When the Prophet (sall Allāhu ʿalayhi wa sallam) was sent, those who accepted Islām from each of these groups would be looked at askance. They were viewed as strangers in their individual localities and strangers amongst their tribe members. They would be forced to conceal their Islām and would be ostracised by their own families; they would be humiliated and belittled but would bear all they met with patience and constancy. This continued until Allāh, Mighty and Magnificent, ennobled Islām; its followers and helpers multiplied, the adherents to the truth became ascendant while the adherents to falsehood were humiliated and subjugated. Therefore, in the beginning, Islām was something strange.

The meaning of “…and it shall return to being something strange” is – and Allāh knows best – that misguided innovations shall increase and many people will succumb to them; as such those who follow the truth, those who adhere to the Legal Law of Islām, shall seem like strangers amongst the masses. Have you not heard the saying of the Messenger (sall Allāhu ʿalayhi wa sallam),

“My nation shall divide into seventy-three sects, all of them will be in the Fire save one.” When asked who the saved sect was, he replied, “That which is upon what I and my Companions are upon.”[3]

Or have you not heard his (sall Allāhu ʿalayhi wa sallam) saying,

“Command the good and prohibit the evil until you see parsimony being obeyed, desires being followed, the world being preferred, and every person being amazed at his own opinion; at the time when you see affairs that you cannot change, concern yourself with yourself and avoid the masses. Those will be the days of patience and to be patient amongst them will be like holding onto red hot coals.”

This then is one of the characteristics of the stranger: one who remains steadfast and patient upon his religion so that he can safeguard himself against misguided innovation.

One of the characteristics of strangeness that the adherents to truth are described with is that they will be clearly manifest amongst the people.[4] They would be the most stringent of people in keeping the ties of brotherhood, fulfilling the rights of companionship and the rights of the neighbour, joining the ties of kinship, visiting the sick and attending the funerals, in facing adversity and tribulation, in facing the joys of this world, in their dealings with people, in their loving and hating, in their gatherings, in their meetings, and in their circles of knowledge. This is because all of these matters will be performed by the others in a way that opposes the Book and Sunnah due to the predominance of ignorance, and by them in a way that conforms to the Book and Sunnah.

So the intelligent Muslim, one whom Allāh has granted understanding of the religion, one whom Allāh has allowed to see his own defects, one whom Allāh has shown the truth of what the people are on and nourished him with the ability to discern truth from falsehood, good from bad, what is beneficial from what is harmful, one who knows his rights and his duties – the intelligent Muslim is one who resolutely adheres to the truth amongst those who are ignorant of it, many of whom have but submitted to innovation. These people do not care how much they lose of religiosity so long as their worldly ends are met. When they see one who differs from them, they cannot bear it and oppose him. They hunt for any of his faults. His own family is vexed at him, his brothers are burdened by him, and those who deal and trade with him have no desire to do so. Such a person will become strange because of his following his religion, strange in his dealings with people, strange in all the matters of this world and those related to the Hereafter. He will be hard put to find someone to help him or to take solace with. This person will be a stranger, finding himself isolated; a scholar amongst the ignorant and forbearing amongst fools. He will become someone who is sombre, finding little to laugh at and much to cry at, just like a stranger in a strange land who knows no one. This then is the meaning of, “…and it shall return to being something strange just as it began” and Allāh knows best.

Were you to see him when he is alone, you would see him crying in anxiety, tears streaming down his cheeks and letting out deep apprehensive sighs. If you did not know him, you would think him to be a parent who has lost a child, but this is not the case, rather he is in state of fear and concern about his religion, indifferent to losing out on some worldly lot if it means preserving it. His religion is his capital and in it does he fear loss; Al-Ḥasan said,

‘The capital of the believer is his religion, it is always with him, he does not leave it behind when on a journey and neither does he entrust it to another.’

The strangers have many qualities and descriptions but what we have mentioned (here) should suffice.

[1] Tuba is a reference to a tree in Paradise

‘This ḥadīth proves that all the sects mentioned therein fall within the fold of Islām because the Prophet (sall Allāhu ʿalayhi wa sallam) stated that they were all from his nation. The ḥadīth also proves that the one who mistakenly makes a wrong interpretation is not taken outside the fold of Islām.’

[4] The Prophet (sall Allāhu ʿalayhi wa sallam) said, “There will always be a group of this nation manifest upon the truth, they will not be harmed by those who forsake them or oppose them until the Command of Allāh comes, and they will still be in that state.” Recorded by Muslim on the authority of Thawbān.