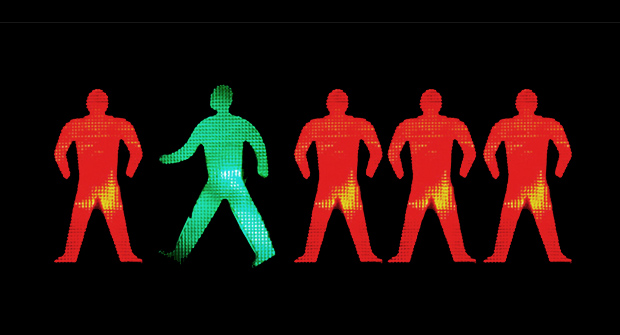 These great aḥadīth encompass the whole religion: its foundations and its branches, its outer and its inner. The ḥadīth of ʿUmar mentions the benchmark by which to measure deeds inwardly and the ḥadīth of ʿĀ’ishah mentions the benchmark by which to measure deeds outwardly. They instruct us to have sincerity towards Allāh and to follow the Messenger: the prerequisites for the acceptance of every word and deed, the outer and inner. Therefore, it is the person who is sincere in deed and who follows the Messenger of Allāh whose action is accepted, whoever does not meet these two conditions, or even one of them, his action is rejected and is subsumed by His saying,

“We will advance the actions they have done and make them scattered specks of dust.”[3]

The person who meets both pre-requisites falls under His saying,

It is also necessary to distinguish habit from worship: one can bathe, for example, either to clean oneself, or because of the greater impurity (al-hadath al-akbar), or because he has washed a dead body, or because it is the day of Jumuʿah; as such he must have the intention that he is bathing to remove the impurity or have the intention for the other recommended baths. In a similar fashion, a person could give money away as zakat, or for expiation (kaffarah), or because he made an oath (nadhr), or for sadaqah which is recommended, or as a gift: all of these must be accompanied with their specific intentions.

Included in this is trickery in transactions whereby a person undertakes a venture which outwardly seems legal but is, in reality, a form of interest, or to sidestep an obligation, or to do something prohibited. In this case it is his intention and objective that is taken into consideration and not what he is outwardly saying. This was stated by Shaykh al-Islām Ibn Taymiyyah. Similarly, Allāh has set the condition for accepting the wife back (al-rajʿah) and in wills (wasiyyah) that the intent not be to harm.

“They have been commanded only to worship Allāh, making the religion sincerely for him”[6]
“Indeed is the sincere religion not Allāh’s alone?”[7]

It is upon the servant to have an all-encompassing intention in all his affairs: desiring Allāh’s face, working to draw closer to Him, seeking His reward, being expectant of it, and fearing His punishment. This intention must be present in all his deeds and statements and, alongside this, the servant must have the ardent desire to make this sincerity a living reality and try his utmost to perfect it. He must repress all that would diminish it such as ostentation and desire for position and praise. If it happens that a person does acquire status and praise, he must ensure that this remains secondary and that the essential objective remains Allāh’s face and seeking His reward without being distracted by the creation. Any worldly position or status that arises as a result of this would then be from the temporal rewards meted out to be believer.

His saying, “Of a surety all actions are but by their intentions,” means that the actions cannot come about except by intention and it is upon this that they revolve around. “And every person shall have only what he intended,” means that the intention of the servant will determine the merit, aberrance, perfection or shortcoming in the deed. Hence, whoever intends to do good and his objective is lofty – seeking to draw closer to Allāh – for him is a complete reward. As a person’s purity of intention and loftiness of objective decreases so too does the reward. It was to exemplify this that the Prophet (sall Allāhu ʿalayhi wa sallam) proceeded to give an example that could be used as a basis for analogy to all affairs, “The one whose migration was for Allāh and His Messenger, his migration was for Allāh and His Messenger,” meaning he attained what he intended and has received its reward. “And the one whose migration was to attain some worldly lot or marry a woman, his migration was for what he made migrated for,” marriage has been specifically mentioned after the generalisation to emphasise the fact that all of this is worthless and of no real benefit. This same fact is emphasised in the ḥadīth in which the Messenger of Allāh (sall Allāhu ʿalayhi wa sallam) was asked about the one who fought to show his courage, or fought for nationalism, or fought to show his status: who has fought in the way of Allāh? He (SAW) replied, “The one who fought so that Allāh’s word be made supreme is the one who fought in the Way of Allāh”.[8]

“The metaphor of those who spend their wealth desiring the pleasure of Allāh and firmness for themselves is that of a garden on a hillside: when heavy rain falls on it, it doubles its produce; and if heavy rain does not fall on it, there is dew.”[9]

“…We have prepared a humiliating punishment for the disbelievers, and also for those who spend their wealth to show off to people, not having faith in Allāh and the Last Day.”[10]

The same applies to all deeds.

Deeds vary in degree and reward in accordance to the strength of faith and sincerity present in the heart. This is true to the point that anyone who has a truthful intention and does all that he can do enact the deed, he will get the reward of the deed [even if it turns out that he cannot perform it]. Allāh (subḥānahu wa taʿālā) says,

“If anyone leaves his home, migrating to Allāh and His Messenger, and death catches up with him, it is Allāh who will reward him.”[11]

The Saḥīḥ records that the Prophet (sall Allāhu ʿalayhi wa sallam) said, “When the servant falls ill, or embarks on a journey, the deeds he performed while healthy or resident are recorded for him.[12] He (sall Allāhu ʿalayhi wa sallam) also said, “In Madīnah are some people, you have not travelled any distance, or traversed any valley, except that they were with you, they were detained due to a valid excuse,”[13] meaning their hearts were with you and they shared your reward. When the servant desires to do good but is unable to do it, his desire and intention are written as one complete reward. Being good to the creation through wealth, deed and speech is an example of goodness and the reward for this lies with Allāh; however, the amount of reward is dependent upon the intention. Allāh (subḥānahu wa taʿālā) says,

“There is no good in much of their secret talk, except in the case of those who enjoin towards charity, or what is right, or putting things right between people. If anyone does that, seeking the pleasure of Allāh, We will give him an immense reward.”[14]

Intention also has an important bearing on permissible and worldly matters. Whoever intends for his earnings, his worldly deeds and habits to aid him in establishing the rights of Allāh, in doing the obligations and recommendations, and he has this intention when eating, drinking, sleeping, resting and working: his habits are turned into acts of worship. Allāh will bless him in his work and open for him such doors to goodness and provision that he could never have previously imagined. Whoever misses out on having this righteous intention, either due to ignorance or negligence, then let him blame no one but himself.

“You will not perform a single deed, desiring thereby Allāh’s face, except that you will be rewarded for it, even what you place in your wife’s mouth.”[16]

Hence we learn that this ḥadīth covers all good. As such the believer who wishes to be successful must understand this ḥadīth and make it his goal to act by it in all his affairs and at every time.

As for the ḥadīth of ʿĀ’ishah (raḍiy Allāhu ʿanha), “Whoever introduces into this affair of ours that which is not part of it, it must be rejected,” another version has, “Whoever does an action that we have not enjoined, it must be rejected,” this has an understanding derived from its explicit wording (mantuq) and an understanding derived from its context (mafhum).

As for the context, it proves that whoever does a deed that has been legislated by Allāh and His Messenger – to worship Him with correct beliefs and righteous deeds – his deeds are accepted and his efforts are rewarded.