Ask Your MP To Attend the Parliamentary Debate for Shaker Aamer 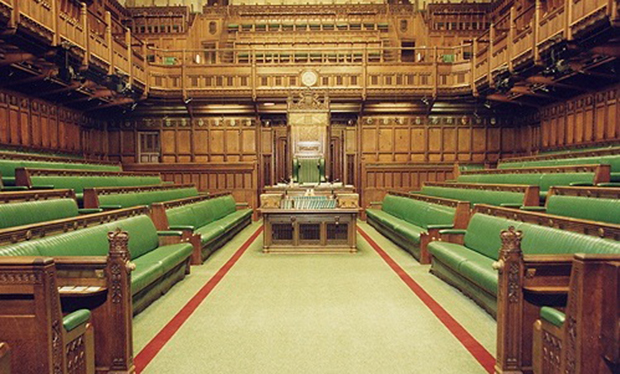 Following the success of an ePetition on the plight of Shaker Aamer – the last British resident still held by the US in Guantanamo – securing over 111,000 signatures, the issue will be subject to a debate in Westminster Hall on Wednesday 24 April, 9.30-11am.

The ePetition calling for Mr Aamer’s return to the UK, crossed the 100,000 threshold on 12 April and yesterday Jane Ellison, the Aamer family’s MP, formally asked the House of Commons Backbench Business Committee to allocate time for a debate. Jane emphasised the urgent need to have the issue debated in Parliament before the end of the current Parliamentary session, expected to be around the beginning of May.

Due to the very limited amount of Parliamentary time available ahead of the House rising, Jane was advised to apply for a debate in the Speaker’s ballot due to the urgency of the situation and given that no slots would have been available in the main Chamber of the House of Commons until late May. However she intends to bid for further time in the main Chamber in the next session, where it would be possible to vote on a motion, adding further weight to efforts to secure his release.

Write to your MP

We urge all supporters contact their Member of Parliament as a matter of urgency, requesting that they:

2. Make representations that Shaker Aamer’s case should be subjected to a further debate in the main Chamber of the House of Commons with a vote, at the earliest available opportunity in May.

5. Select the hyperlink under “Your Member of Parliament”.

7. Copy and paste our template letter below. You can personalise your letter whilst keeping the main points.

8. Preview and send your message.

9. Ensure you check your email to confirm your message, or it will not be sent to your MP.

10. If you experience any technical difficulties whilst sending your message please visit www.theyworkforyou.com to obtain your MP’s contact details, by entering your postcode and following the link to their personal website.

11. To help us track which MPs have been contacted, kindly send a copy of your correspondence and any replies received to [email protected]

Shaker’s wife and four children are British nationals. He has never met his youngest child who was born on the day he was transferred to Guantanamo.

Shaker is currently in his third month on hunger strike, with his weight plummeting to 150lbs. He estimates that he has lost at least 32lbs since the start of the strike.

Both Shaker himself and his lawyer Clive Stafford Smith have expressed genuine fears that he may die in custody. The issue is now a matter of life and death.

The coalition government have repeatedly called for his return since 2010. Gordon Brown also requested his return in 2007.

Over 111,000 people have signed an e-petition urging the British Government take further action to ensure Shaker’s release and return to the UK. The issue is therefore of tremendous public importance which requires a full debate with a vote in the main Chamber of the House of Commons.

The debate will be an important opportunity for Members of Parliament to raise many serious concerns Shaker’s on-going detention and the conditions in which he is held at Guantánamo Bay. The public urgently need clarity on his health and the diplomatic efforts being made to secure his release back to the UK. A Foreign Office Minister will be present to respond to the debate.

We encourage supporters to prepare their own letters using the above points. A sample letter is below for your convenience but a personalised letter always carries more weight.

I am writing to request you attend the Parliamentary debate on the plight of Shaker Aamer, the last British resident now in his eleventh year of indefinite detention in Guantanamo Bay. The debate is scheduled for next Wednesday 24th April, 9.30am-11am, and presents an important opportunity for Members of Parliament to raise serious concerns regarding Shaker’s ongoing detention and the conditions in which he is held at Guantánamo Bay.

I am amongst over 111,000 people who have signed an official ePetition requesting that the government secure the release of Mr Aamer, whose wife and four children are British citizens. Shaker has never been charged or put on trial; to the contrary, he has been twice approved for transfer, by both the Bush administration in 2007 and by President Obama in 2010. It has been Government policy since 2010 to request his return to the UK. Despite this, he remains in Guantanamo.

The issue is now one of extreme urgency, literally a matter of life and death. Mr Aamer is amongst over 160 prisoners in their third month on hunger strike. Subsequently, Shaker is estimated to have lost more than 32lbs, with his weight now standing at around 150lbs. Collapses amongst the hunger-striking prisoners are occurring at the rate of 15 times a day. Reports received by his lawyer, Clive Stafford Smith, last week indicate that he has been denied water for up to 24 hours and has been subjected to brutal reprisals by the guards. Mr Aamer suffers from a number of ailments – amongst them arthritis, severe asthma, prostrate problems, constant haemorrhoids, ringworm, severe infection in his nails, and kidney, neck, back and shoulder pain as a result of beatings – yet is being denied adequate medical care. Whilst he has engaged in hunger strikes in the past, both Shaker and his lawyer have expressed genuine fears that this time he may not survive.

It is of great concern that the Government reiterates that it is monitoring Shaker’s condition and has requested his return, yet there has been no palpable change to his circumstances. We urgently need clarity on his health and the diplomatic efforts being made to secure his release back to the UK. To date, nine prisoners have died in Guantanamo. The British Government must act before it is too late.

(a) attend the discussion in Westminster Hall on 24 April at 9.30am;

(b) to make representations for the matter to be subject to a further debate in the main Chamber of the House of Commons with a vote, at the earliest available opportunity in May.

I request that you respond to me with a copy of any correspondence or representations made in this regard.