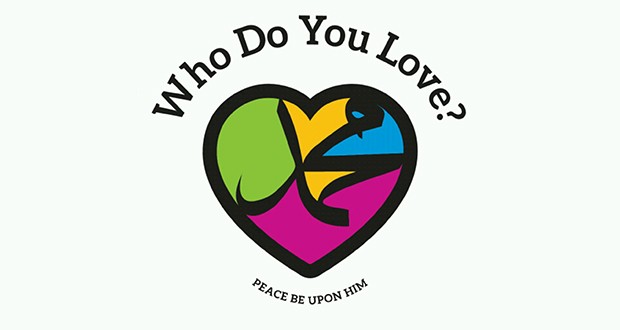 This series is an adapted translation of Shamāʾil al-Muḥammadiyyah by Imām Tirmidhī (raḥimahu Allāhu). We will begin with an exploration of the stature and physical characteristics of the Messenger of Allāh (sall Allāhu ʿalayhi wa sallam).

Abū Rajāʾ, Qutaybah b. Saʿīd informed us; from Mālik b. Anas; from Rabīʿah b. Abū ʿAbdu’l-Raḥmān; that he heard Anas b. Mālik (sall Allāhu ʿalayhi wa sallam) saying,

“The Messenger of Allāh (sall Allāhu ʿalayhi wa sallam) was neither noticeably tall nor was he short. He was not extremely white nor was he particularly brown. His hair was not very curly nor completely straight. Allāh commissioned him towards the end of his fortieth year and he stayed in Mecca for ten years and in Madīnah, ten years. Allāh caused him to pass away at the turn of his sixtieth year and there were barely twenty white hairs on his head and beard.”[2]

He was not extremely white nor was he particularly brown

This description does not contradict the fact that he had a brownish complexion mentioned in the next ḥadīth since what is negated here is his (sall Allāhu ʿalayhi wa sallam) being dark brown. There are a number of narrations that describe his (sall Allāhu ʿalayhi wa sallam) complexion in different ways, but the overall picture given is that it was pale or light brown, with the parts of the body usually concealed by garments being of an even lighter colour, having a lustre or a luminescence about it.[11]

‘Upon considering all the various reports on this it becomes clear that the whiteness which has been negated from him (sall Allāhu ʿalayhi wa sallam) is that whiteness that has no tinge of red and the brownness affirmed for him is redness that is mixed with white.’[18]

Some narrations, however, describe that ‘he was extremely white’.[19] Abū’l-Ṭufayl said, ‘I have not forgotten the extreme whiteness of his face.’[20] These refer to the lustre, sheen and glitter of his skin under the light of the sun as shown by the ḥadīth, ‘It was as if the sun were pursuing its course across his face, radiating out of it.’[21] As such, there is no contradiction between these narrations.[22] Umm Maʿbad described him (sall Allāhu ʿalayhi wa sallam) saying, ‘I saw a radiant man with a luminous face and handsome physique.[23]

His hair was not very curly nor completely straight

His (sall Allāhu ʿalayhi wa sallam) hair was in-between the two and the best of affairs are those that are between the two extremes. Zamakhsharī said, ‘The predominate course amongst the Arabs is to have curly hair and amongst the non-Arabs, straight hair.’ Allāh has blessed His Messenger (sall Allāhu ʿalayhi wa sallam) with the best of virtues and qualities and has combined in him all that He has scattered amongst the different races.[35]

Allāh commissioned him towards the end of his fortieth year

Allāh commissioned him as a Prophet and Messenger, and sent him to both the worlds of jinn and man. This is an integral part of the Muslim faith and whoever rejects it becomes a disbeliever. Some scholars postulated that he was also sent to the Angels.[36]

The commentators have stated that, in this sentence, the meaning of ‘the raʾs of his fortieth year’ means the latter part and not the turn of. This is because the majority of historians and biographers state that he was commissioned after having entered his fortieth year. Ṭībī said, ‘Raʾs here is metaphorically used to refer to the end of the year [and not its beginning] in the same way as one says, “Raʾs of the verse” i.e. its last part.’ Ibn Ḥajr said,

He stayed in Mecca for ten years

This narration has caused some confusion since the Muslims are agreed that he (sall Allāhu ʿalayhi wa sallam) stayed in Mecca for thirteen years; the scholars have explained it by saying that those who mentioned ten years, rounded down and hence did not mention the additional three years, a style commonly used by the Arabs. Others said that, put simply, the narration of those who mentioned thirteen years is stronger and this one is weak.[39] “And in Madīnah,” i.e. after the Hijra for “ten years,” there is no difference concerning this. He (sall Allāhu ʿalayhi wa sallam) remained there until the people entered into the religion in droves, until Allāh perfected the religion for him and his nation, and completed His favour upon them.[40]

The statement implies that he passed away at the age of sixty, some also said that he passed away at the age of sixty-five but the strongest opinion is that he was sixty-three years old when he passed on. The different narrations are reconciled by stating that those who stated sixty-five included the year of his birth and death. Those who mentioned sixty-three did not and those who mentioned sixty rounded down, all methods used by the Arabs when discussing the age of an individual.[41]

“The Messenger of Allāh (sall Allāhu ʿalayhi wa sallam) was of medium stature: neither tall nor short, and of a handsome physique. His hair was neither curly nor completely straight. He had a brownish complexion and when he walked he leant forward [walking briskly].”[51]

The Messenger of Allāh (sall Allāhu ʿalayhi wa sallam) was of medium stature: neither tall nor short, and of a handsome physique.

His hair was neither curly nor completely straight. He had a brownish complexion

This does not contradict the previous description of his skin as has already been explained. However, some said that this contradicts the ensuing description that he ‘was white skinned as if moulded of silver.’[55] One explanation offered is that the brownish complexion applied to his skin that was exposed to the sun and the whiteness referred to his skin that was concealed by his garments. However, this reconciliation is problematic because of the narration that mentions his neck being white as if it was made of silver and the neck is usually exposed to the sun. The more plausible explanation is that this comparison holds true when considering the lustre and sheen of his skin under the light of the sun and the smoothness of his skin.[56]

And when he walked he leant forward [walking briskly]

That is, with strength of purpose, taking large, firm steps as opposed to small ones.[57][58] When walking, he would lift his feet clearly off the ground without dragging them.[59]

Another version of this ḥadīth has the word yatawakkaʾu instead of yatakaffaʾu, meaning to walk confidently.[68] This description is also reported by Ibn ʿAbbās when he said,

This steady, energetic yet comfortable gait is characteristic of those with firm determination, those who have a sense of gravity and dignity, and those with courage and valour. It stands in stark contrast to those who saunter, strut, stride, parade or swagger when walking, all of which are gaits of the ostentatious or empty headed.[70] Allāh describes the manner of walking of His servants,

“The servants of the Lord of Mercy are those who walk humbly on the earth.”[71]

“Do not strut arrogantly about the earth: you cannot break it open, nor match the mountains in height.”[72]

“Do not turn your nose up at people, nor walk about the place arrogantly, for Allāh does not love arrogant or boastful people.”[73]

His (sall Allāhu ʿalayhi wa sallam) manner of walking will be discussed in further detail in a later part in this series.

“…he wore a red ḥulla. I have never seen anything more beautiful than him.”

This is an updated commentary as part of a new series.

[21] Tirmidhī #3548 and declared ṣaḥīḥ by Ibn Ḥibbān #6309. The full ḥadīth will be mentioned later in the chapter, ‘The manner of walking of the Messenger of Allāh (sall Allāhu ʿalayhi wa sallam).’

[45] Bukhāri #3545-3546. The phrase “few white hairs,” has been employed using jamʿ qillah and in the Arabic language, this does not exceed ten. It is for this reason that that Munāwī quotes it by meaning, ‘His white hairs did not exceed ten.’