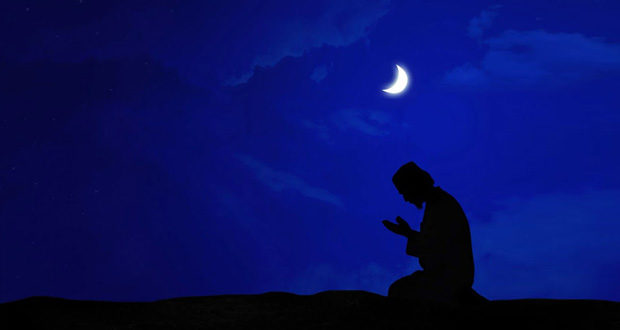 In the blessed month of Ramaḍān and its beautiful nights that we eagerly awaited, we discuss a path of the prophets as well as the revivalists who came after them. We discuss arguably one of the most effective tools in softening the heart, reviving īmān and repairing broken relationships with Allāh.

It is an act of worship which is revived by the Muslims in the most exciting and heart-warming of ways on the first night of each Ramadān; but is abandoned by the majority of them in the most depressing and heart-aching of ways following the last night of Ramadān. I speak of a real paradise on earth, of the introduction of prophethood and of the hallmark of every wakeful Muslim from every era. I speak of Allāh’s gift to humanity; Qiyāmul Layl/the night prayer.

“Hold fast to the night prayer, for it is the practice of the righteous before you, and a means of drawing closer to your Lord, and an eraser of sin, and a means of their prevention.”[1]

We wish to pause with this narration since it speaks of an act of worship that the majority of us will be participating in on a nightly basis in Ramaḍān in the form of the Tarawīh prayers. This narration on its own is enough to transform one’s perception towards the night prayer altogether, for it clearly is not an average deed, limited to bowing and prostration, nor is it limited to the nights of Ramaḍān, rather –

The night prayer is, as we read above; (1) “the practice of the righteous before you”

In mentioning the greats of the past how can any name be mentioned before the greatest and purest of them all: Our Prophet Muḥammad (sall Allāhu ʿalayhi wa sallam)? Sūrah Al-Muzammil is one of the earliest chapters of the Qur’ān to be revealed to the Prophet (sall Allāhu ʿalayhi wa sallam). The scholars are generally agreed that it was the third or fourth Sūrah revealed to him. In it, Allāh commanded His Prophet:

“Arise the night, except for a little. Half of it or a little less than that, or add to it, and recite the Qur’ān with measured recitation.”[2]

“Indeed, your Lord knows that you stand in prayer almost two thirds of the night or half of it or a third of it, and so do a group of those with you…” [3]

At a time when the entire collection of the Qur’ān only consisted of 3 or 4 Sūrahs, the Prophet’s prayer was described as occupying around two-thirds of the night! Therefore what would he be doing for all those hours, bearing in mind the few options of Qur’ān that he had access to at the time? Was he repeating them over and over? Was he engaging in Dhikr (remembrance) or Du’ā (supplication)? Regardless of the answer, what we do know for sure is that the night prayer was the introduction of his prophethood, one that remained with him until his very last moments. The night prayer is truly “the way of the righteous people before you.”

“I used to walk towards the Masjid of the Prophet (sall Allāhu ʿalayhi wa sallam) during the latter part of the night and every house that I’d walk past, I’d hear the recitation of Qur’ān.” He also said, “When we were kids and had a need that required our attention, we would say ‘Let’s meet up during the prayer time of the reciters.’[4]

“I never used to see anyone sleeping during the latter part of the night.”[5]

A student of knowledge once spent the night at Imām Aḥmad’s house and so Aḥmad placed for him a container of water in his room so that he could use to make Wudū for his night prayer. When Aḥmad came to him at Fajr time, he noticed that the water had not been moved from its place, so he said:

“SubḥānAllāh, a student of knowledge who doesn’t pray at night?”  [6]

Indeed, SubḥānAllāh, an ISOC committee member who does not pray at night?

A contributor at a study circle who does not pray at night? A distributor of Islāmic reminders, a student of Tajwīd, a parent who aspires to raise Muslim children, a Muslim who believes that the face of the angel of death shall certainly be seen, that the compressing of the grave is real, and that the standing on the day of reckoning will last 50,000 years who does not pray at night?

If you ask about the shortest staircase towards Allāh’s acceptance, then you can find one of those staircases during the night, and perhaps this is the reason why Allāh has offered so much to those who discipline themselves to glorify Him through this act of worship; because it means so much to Him. What is their reward? In truth, we do not entirely know for certain.

“Their sides forsake their beds, as they call upon their Lord in fear and hope, and from what We have provided them, they spend.”[7]

So what is their reward? Allāh said, in the āyah after it:

“And so no soul knows of the delights of the eyes that have been hidden for them, as reward for what they used to do.”[8]

Why was a specific reward not mentioned? Imām Ibnul Qayyim gives a suggestion:

“Ponder over how, since they were keen to hide their acts of night prayer, He compensated them by offering them a hidden and unknown reward.”[9]

This is not to say that Allāh has not uncovered some of the secrets behind this unknown reward. The Prophet (sall Allāhu ʿalayhi wa sallam) said:

“In Jannah, there are rooms, the outsides of which can be seen from their insides and their insides can be seen from their outsides. An Arab Bedouin man got up and asked, ‘Who do they belong to O messenger of Allāh?’ He responded, ‘They belong to those who speak with goodness, offer food, consistently fast and pray at night when people are asleep.’”[10]

“There are three categories of people whom Allāh loves, smiles at and is happy with.” One of which was “a person who has a beautiful spouse and soft bedding. Nevertheless, he arises to pray at night. Thus Allāh says, ‘He has left his desire in order to remember me, and if he had willed, he could have continued sleeping.’”[11]

One may ask: What does it mean if Allāh smiles at me? The Prophet (sall Allāhu ʿalayhi wa sallam) said:

“And if Allāh smiles at a servant of His in this world, then such a person will have no accountability on the day of judgement.” [12]

The night prayer is (3) “an eraser of sin, and a means of their prevention”

If you have accumulated sins which you fear being reminded of on the Day of Reckoning, then erase them during the night. Not only that, if you need a shield to prevent you from those sins that you fear returning to after repentance due to how irresistible they seem, again, such a shield can be acquired during the night.

Therefore you will usually find that those who collapse into all sorts of sins only do so after they let go of Salāh. Allāh said:

“But there came after them a generation who neglected prayer and pursued desires; so they are going to meet evil.” [14]

It is almost as if we are being told that it was only after they had neglected the prayer that they pursued desire. Apply this to your past or present and you will see just that. Thus the “honour of the believer” is in his prayer at night, an honour which Allāh will publicise even if that sincere believer tries to hide their good deeds. Thus ʿAtā Al-Khurasāni said:

“The night prayer is a means of life for the body, light for the heart, luminosity for the eyes and strength for one’s body. When a person engages in the night prayer, he wakes up the next day with real joy that he feels within his heart.”[15]

“It may be that a person prays at night and so Allāh causes light to emit from his face which causes every Muslim to love him, thus those who see him for the first time find themselves saying, ‘I really do love that person.’”

“Some women used to take care of the night prayer diligently and when asked about that, they’d respond: ‘It beautifies the face and I desire a beautiful face.’”[16]

After reading the above, I am certain that some will be eager to turn a new page with this act of worship as of this very evening, having finally decided to plug it in within their nightly routine, in hope for a prize, the true extent of which will only be discovered on the Day of Judgement. Let us therefore address a few common questions in preparation for tonight:

– How much should I recite during my night prayer?

Linguistically a Qintār refers to:

“An enormous sum of gold. The majority of the linguists are of the view that it equates to 4,000 Dinars [..] others have said that it refers to an unknown amount of wealth.”[18]

The Prophet (sall Allāhu ʿalayhi wa sallam), however, has given an idea of what he was referring to when he used the term Qintār, for in another narration he said:

“A Qintār is better than the entire world and everything within it.”[19]

On a side note, Imām Ibnu Hājar mentioned a benefit, saying:

– What if my memorisation of Qur’ān is limited?

Then, as Allāh said:

In fact, Abū Ghālib said that Ibnu ʿUmar b. Al-Khaṭṭāb would at times say to him moments before dawn,

“O Abū Ghaalib, why don’t you pray a few units of night prayer, even if it means that you only recite one third of the Qur’ān?” Abū Ghaalib would respond: “How can I do that when it’s almost dawn?” He said to him:

– What if I set my alarm clock and set an intention to wake up but fail to do so?

“Whoever goes to bed whilst intending to pray later on in the night but is overcome by sleep until the next morning, he will be given the full reward according to his intention and his sleep would have been a charity from his Lord upon him.” [22]

– What if I struggle to experience the sweetness of the night prayer?

The joy of conversing with Allāh during the night brings a joy which no poet could ever describe. The people of the night impatiently count down the hours, minutes and seconds of the day, wishing that they could hurry the sunset as they yearn for those moments of private conversation and desperate supplication with Allāh. Sulaymān AdDārāni said:

These, however, are meanings, emotions and values that cannot be given justice to through words but need to be experienced first-hand. Just as Imām Ibnu Rajab said:

“But why can’t I taste this?!” I hear you ask. Arriving at such an experience will take us time and much determination. At first, one’s soul will complain and whine, preferring rest, sleep and timeout, but when it realises just how determined you are to take it to Allāh and the Home of the Hereafter, it will surrender. It has to.

[1] At-Tirmidhi, on the authority of Abū Umaamah

[10] AtTirmidhi, on the authority of ‘Ali

Previous: Palestine Calls for ICC Investigation into Israeli Crimes
Next: A Journey to loving our Prophet ﷺ 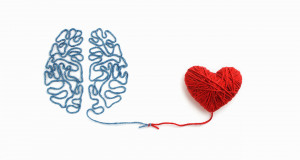