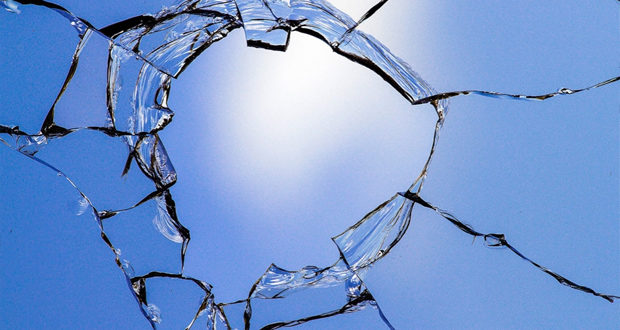 It is truly shocking to see how women around the world today are being abused. Not only in places of poverty or war, but in spheres where one would have easily assumed women are respected for their abilities and talents.

Reading the news can be horrifying and heart-breaking. Imagine the terror of the Rohingya woman who, inside the safety of her own home, is attacked and raped. Imagine the fear of the young child in a war-torn country, taken from her family to be violated and then left to die. Imagine the horror of the woman abused by her own loved one or in a place of work.

To think about it too much is to fall into a state of despair. How can one endure so much pain? How can one’s heart not fall to pieces for having been stripped of all honour? We find our answer, as always, from the Book of Allāh:

“And Allāh presents an example of those who believed: the wife of Pharaoh, when she said, ‘My Lord, build for me near You a house in Paradise and save me from Pharaoh and his deeds and save me from the wrongdoing people.’”[1]

This verse is a restoration of hope. These were the words of Āsiyah, the wife of Pharaoh who was one of the worst men to have ever lived, at the moment she was being tortured to death. There may be glass ceilings and there may be ceilings of barbed wire for the women of this world. But there exists no ceiling between us and our Creator.

In another narration, the Prophet (sall Allāhu ʿalayhi wa sallam) said: “Sufficient for you among the women of the world are Maryam the daughter of Imrān, Khadījah bt. Khuwaylid, Fāṭimah bt. Muḥammad and Āsiyah the wife of Pharaoh.”[3]

I have often wondered why we know very little about these four women. But perhaps we know all that we need to. In reflecting upon the words of Āsiyah bt. Mazāhim we find two powerful forces that will disintegrate any barriers we may find between us and Allāh.

Firstly, the worldly constraints of life cannot stop us from communicating with our Lord. In fact, the trials of life may be what bring us closer to Him. Āsiyah’s own husband removed her from the life she was accustomed to; her community rejected her and she was subjected to inhumane physical torture, and yet, she stood firm in her faith. Allāh knows what was in her heart. Ultimately, it did not matter to her that her body was battered and subject to humiliation. It did not matter what the people thought of her. She did not see her trials as barriers to her ultimate goal: success in the Hereafter.

“O you who have believed, persevere and endure and remain stationed and fear Allāh that you may be successful.”[4]

Remain steadfast in our obligations to our Lord and do our best to please Him in whatever circumstances and suffering keeps our channel of communication with Him always open.

Secondly, her words highlight the place of true success.

“Whatever you have will end, but what Allāh has is lasting. And We will surely give those who were patient their reward according to the best of what they used to do.”[5]

Al-Mustawrid reported: The Messenger of Allah, peace and blessings be upon him, said: “What is the example of this worldly life in comparison to the Hereafter other than one of you dipping his finger in the sea? Let him see what he brings forth.”[6]

This life is a drop in the ocean. Āsiyah was not fooled by the comforts of this world. She never asked to be returned to the luxuries of being the wife of the Pharoah. She understood that ultimate joy lies in the closeness to our Lord and so she asked for the highest position one could imagine. Her exposure to the worst of creation did not stop her from believing that she could achieve the highest ranks of Jannah.

“And their Lord responded to them, ‘Never will I allow to be lost the work of [any] worker among you, whether male or female; you are of one another. So those who emigrated or were evicted from their homes or were harmed in My cause or fought or were killed –  I will surely remove from them their misdeeds, and I will surely admit them to gardens beneath which rivers flow as reward from Allāh, and Allāh has with Him the best reward.’”[7]

We may wish for many things, but the noblest of desires is yearning for closeness to our Creator. What is with Allāh is better than all the good that this world contains.

Those who are oppressed, whether physically, mentally or emotionally, or prevented from obtaining something they want in this world should never think that their trials in this world will prevent them from good in the Hereafter. In fact, if they are able to maintain steadfastness in their hearts, trust in their Lord and keep supplicating to Him for good, they may be turning their keys to their dwellings in the highest ranks of Jannah.

We are witness to the duʿā’ of Āsiyah in the verse mentioned from Sūrah al-Taḥrīm, and we are witness to her status in Jannah in the ḥadīth of the four best women. Her trials in this life lifted her to a house near her Lord. Today, human life is often reduced to mere numbers in the news. But Allāh knows what is in the heart of every single soul. He knows their true rank in the next, everlasting world.

So, when we see that our sisters and brothers are suffering in every corner of the world, let us not despair for them. Let us help them as best we can, and make duʿā’ for their safety from oppression and steadfastness in their hearts, and let us have peace in knowing that they will be rewarded and receive their justice.

As for ourselves, let us make the most of the freedom, time and health that we have been blessed with and always keep our channel of communication open with our Creator and never place our socially-constructed ceilings between Him and us.

May Allāh, by His mercy, strengthen the hearts of all the oppressed with the light of His guidance and raise them to the highest of ranks. And may Allāh keep us grateful for the blessings He has showered upon us. Āmīn.

Previous: In Defence of Fahreddin Pasha, the “Defender of Madinah”
Next: Syrian factions unite to form “National Army”