Are you ready for our first ever NATIONAL CAMPAIGN?
Home / Featured / Coronavirus: Through the lens of a Quranic parable 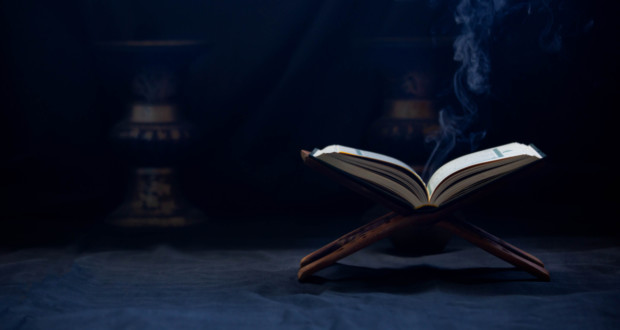 The Qur’ān is a book revealed to us by our Creator to guide mankind to that which is right and best for each and every soul. It teaches us to differentiate between good and evil, to rely on and worship a supreme single being, and to view our earthly lives as mere precursors to the everlasting and eternal afterlife.

Allāh (subḥānahu wa taʿālā) puts forward many parables in the Glorious Qur’ān for us to reflect over. A parable is a type of metaphorical analogy, which in simple terms is an example put forward to compare one expression or state to another. Allāh (subḥānahu wa taʿālā) presents many verses in the Qur’ān of this nature (known as amthāl) to provide clarity and insight when explaining things to mankind. These verses appeal to the intellect of human beings to challenge and inspire them to fully comprehend and ponder His divine message.

“The example of [this] worldly life is like rain which We have sent down from the sky that the plants of the earth absorb – [those] from which men and livestock eat – until, when the earth has taken on its adornment and is beautified and its people suppose that they have complete capability over it, there comes to it Our command, by night or by day, and We make it as a harvest, as if it had not flourished yesterday (barren). Thus do We explain in detail the signs for a people who give thought.”[1]

In this beautiful verse, Allāh (subḥānahu wa taʿālā) puts forward the example of a land upon which rain falls, causing it to sprout vegetation and its plants to grow and attain perfection and visual beauty. Those who have control of this garden become so impressed with its splendour that they are deceived into thinking that they have complete power and indisputable ownership over it. Disaster strikes: Allāh’s (subḥānahu wa taʿālā) command comes down on this garden, at a time chosen by Allāh (subḥānahu wa taʿālā) alone, rendering this once beautiful land completely barren, as if nothing had ever flourished from it prior to this destruction.

This example is compared to that of our worldly life, a life that appears beautiful in the eye of the beholder. It is amazing and dazzling in its splendour, inclining mankind to develop a desire and yearning for it. But this desire leads to being deceived, where mankind reaches a stage where he thinks he possesses it and has free reign over it. Suddenly, however, this world is snatched away from him when he needs it most, and a barrier is cast between him and the world he so deeply longs for.

The beauty of the Qur’ān is that this parable, along with others, can be applied to the many trials and tribulations that Muslims have gone through in the 1441 years since its revelation. It is a truly timeless and inspirational book of guidance.

The world has been taken over by an invisible enemy, affecting rich and poor, young and old, white and black. It has cemented itself at the forefront of our minds. COVID-19, at the time of writing this article, has claimed over 30,000 lives. It has crashed numerous economies, abruptly halted global tourism, and has left thousands of people jobless and financially struggling. Such is the fragility of the world to which we cling so dearly; an enemy that has only been around for approximately 4 months has bought the great indestructible worldly system to its knees. Those who, through perpetual sinning or a disregard for the afterlife, have become complacent enough to feel that calamity will never strike them have now been swiftly humbled by this virus. Much like the owners of the land presented in the Quranic passage above, a command of Allāh (subḥānahu wa taʿālā) has come, by night or by day, and that which once flourished has, in the blink of an eye, perished beyond recognition.

This poignant and profound analogy provides us with a sense of perspective through which we should view this current test we are all living through. This world is temporary; its fame, beauty, and riches are temporary in nature and can be taken away from our hands in an instant. The last few dramatic weeks have taught us this lesson in no uncertain terms. To attach our hearts to it is therefore a manifest error, for this world is by its very nature subject to misfortune and calamity. Whether it is a war, a pandemic, or an earthquake, this world will be fragile and vulnerable for as long as it exists.

This virus will pass soon inshāAllāh, but the lasting effect will remain for generations to come. The lasting effect on a Muslim however should be that of self-reformation, motivated by the knowledge that whatever we cherish and value in this world will eventually perish. The virus may come and go, but its legacy is to motivate us to do more good, to be more obedient of Allāh (subḥānahu wa taʿālā), to be more aware of the afterlife, and to reduce our attachment to this passing worldly life. The virus has made us think twice before sinning, increasing our attachment to the Qur’ān and filling our hearts with a greater awe and veneration for our Lord. The virus has developed within us a love for the masjid allowing us to long for it. The virus will, when all is said and done, make us better Muslims.

This verse has a deep and meaningful lesson for us during these testing times, for those of us that choose to reflect.

Paradise is safe and secure; it is not subject to any misfortunes. It is an eternal abode of peace and tranquillity, which is why immediately after putting forward the above parable, Allāh (subḥānahu wa taʿālā) says:

“Allāh calls to the Home of Peace (Paradise) and guides whom He wills to the straight path.” [2]

The pain and suffering is temporary, but the glory is forever.

What would a new civilisation of Islam look like? | Unscripted #76