Dealing with Hardship: The Prophetic Approach 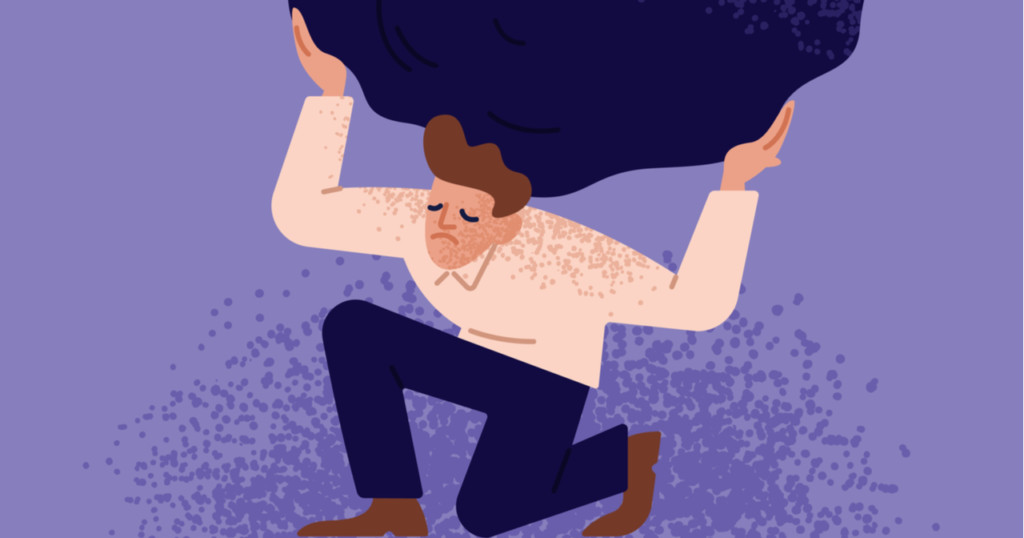 For many people, hardship and difficulty are familiar companions; for some poor souls, they happen to be lifelong foes.  It is apparent that every person will one day be subject to some form of difficulty: for up to 800 million people, [1] it means a prolonged period of time without food or drink; for others, it can be the stresses that come with a job, exams, or looking after a family.

“(He) who has created death and life, that He may test you which of you is best in deed. And He is the All-Mighty, the Oft-Forgiving.” [2]

Therefore, we will be subject to trials and tribulations, and if we ensure that we are patient in face of these difficulties, we will be greatly rewarded, and our ranks will be elevated.  It should be noted that Allāh (subḥānahu wa taʿālā) didn’t say ‘more’, but rather “best” to signify that it is the quality of one’s deeds as opposed to quantity; hence why on the Day of Judgement the deeds of a person will be “weighed” and not counted. [3]

We can take further comfort from the words of the Prophet (sall Allāhu ʿalayhi wa sallam).

Musʿab b. Saʿd narrates that his father asked, “O Messenger of Allāh, which people are tested most severely?”

It is apparent from the above ḥadīth that the closer a person is in line with Islām, he can expect to be tested more than the average person, giving rise to greater reward. The ḥadīth, when looked at carefully, gives us a tremendous piece of advice. The Prophets of Allāh (‘alayhum al-Salām) were subject to the most arduous of privations. Therefore, it is imperative that we adopt their behaviour in order for us to be rewarded in full.

An example can be taken from the noble sīrah. After much planning and plotting, the Quraysh had exhausted all the means to thwart the Prophet (sall Allāhu ʿalayhi wa sallam)’s mission. As a last-ditch attempt, the leading tribes of Makkah unanimously agreed to boycott the Banū Hāshim and Banū al-Muṭallib. The boycott entailed that none would interact in any business, intermarriage, and social relations with them, to the extent that all verbal communications were to be ceased until the Prophet (sall Allāhu ʿalayhi wa sallam) either stopped propagating Islām or was killed in the process.

The family of the Prophet (sall Allāhu ʿalayhi wa sallam) and his followers were restricted to a small valley known as Shiʿb of Abū Ṭālib, where all supply of food was completely constricted. Moreover, any commodities entering Makkah were immediately purchased by the imposing tribes and prices inflated to further suffocate the Muslims.

The extent of the boycott was such that the victims had to survive on leaves and the skins of animals. The cries of the children, from the pangs of hunger, could be clearly heard from the valley [5] yet the Prophet (sall Allāhu ʿalayhi wa sallam), in spite of all odds, persisted and his determination did not waver. The fact that this boycott lasted the duration of three years [6] before its annulment is an indication of the incredible level of resolve that the Prophet (sall Allāhu ʿalayhi wa sallam) had.

One of the greatest assets a Muslim can inculcate within himself is an unshakable belief in Allāh (subḥānahu wa taʿālā), as this would allow one to view such events as temporary obstacles in the path towards gaining closeness to Him.

It is the fruit of this faith that allowed the noble Prophet (sall Allāhu ʿalayhi wa sallam) to witness his family and close companions going through such trepidation. We have to ask ourselves how we would have behaved in such a situation. Would we have followed the example of the Prophet (sall Allāhu ʿalayhi wa sallam) or would we have compromised on our faith and principles?

It is not impossible for us to behave in a similar manner to the Prophet (sall Allāhu ʿalayhi wa sallam). However, we must be willing to work towards it. We can do this by:

One way we can strengthen our faith in Allāh (subḥānahu wa taʿālā) is by pondering over His creation. Go to a scenic place where you can let your mind roam free and contemplate over the beauty that is around you. From the calming flow of a stream to a breathtaking sunrise, there are signs of Allāh (subḥānahu wa taʿālā)’s power and majesty, as long as one takes the time to observe his surroundings and reflect.

“Verily, in the creation of the Heavens and the Earth, and in the alternation of night and day, there are indeed signs for men of understanding.” [7]

“Allāh has ninety-nine names, i.e. one-hundred minus one, and whoever knows them will go to Paradise.” [9]

Making time for the Qur’ān

The Qur’ān, being the divine word of Allāh (subḥānahu wa taʿālā) and His final communication to His creation, cannot be underestimated. Every letter recited brings 10 rewards [10]; those who study and teach the Qur’ān are considered to be “the best of people”. [11]

“Indeed the Qur’ān guides to that which is most suitable and gives good tidings to the believers who do righteous deeds that they will have a great reward.” [12]

Moreover, alongside reciting the Qur’ān, it would be highly recommended to read its translation, in order to become familiar with the messages and advice being conveyed.

It is apparent that during the boycott, certain family members, who although had not embraced Islām, could not bear to witness their loved ones undergoing such hardship.

On one occasion, Hakīm b. Hizām (raḍiy Allāhu ʿanhu) surreptitiously sent some food for his aunt, Khadījah (raḍiy Allāhu ʿanha), when he was spotted by Abū Jahal, who severely reprimanded him for doing so. During this incident, a man by the name of Abū al-Bakhtāri passed by and scolded him, saying, “He is sending food for his aunt; what need is there for you to interfere?”

The two men began a verbal quarrel until the situation had become so intense that Abū al-Bakhtāri picked up a lonesome camel bone and struck Abū Jahal, causing him severe injury. [13]

This further led to individuals, such as Hishām b. ʿAmr (raḍiy Allāhu ʿanhu), to contemplate over the fact that they were merrily going around their day-to-day life whilst some of their kinsmen were isolated and on the brink of starvation. He decided to not only leave a camel load of grains at the foot of the valley to appease the Muslims, but he also rallied other individuals to demand an end to the boycott. [13]

Valuing your family and seeking their assistance

Our families are supposed to be our safe havens. The level of sincerity and affections that our parents and siblings want for us is seldom found in others.

Spending time with our family almost seems like an ancient ritual considering we are all so engrossed with our mobile devices. It is especially important for parents with young families to make time with teach other, as it could influence how their children perform at school and in wider society. For instance, studies show that children whose mothers regularly communicate with them have greater academic success. [14] Similarly, children tend to perform better academically when they engage in activities with their father. [15]

Furthermore, as children grow up and are subject to more stresses associated with growing up, i.e. exams and job opportunities, studies show that teenagers who spend time with their parents in the evenings are less likely to experience emotional distress. [14]

It is imperative that we stipulate some time to be able to bond with our families, even if it is by simply sharing our meal times together, with the exclusion of our phones and tablets.  Better still, include younger children and siblings in family discussions as this will reinforce their sense of belonging and importance.

To conclude, it is almost certain that each and every person will be subject to some kind of difficulty, for many testing times is a cause of weakness in their faith. Implementing the above suggestions will be a sure way of ensuring that we come out the other side unscathed. Can there be any other outcome for one who follows the way of our noble Prophet (sall Allāhu ʿalayhi wa sallam), considering that the All-Mighty says:

“Indeed, in the Messenger of Allāh you have a good example to follow for him who hopes in (the Meeting with) Allāh and the Last Day and remembers Allāh much.” [16]

[15] Elizabeth C. Cooksey and Michelle M. Fondell, “Spending Time with His Kids: Effects of Family Structure on Fathers’ and Children’s Lives,” Journal of Marriage and the Family 58 (August 1996)

Ustādh Abdul Kayūm is a final year ʿᾹlimmiyyah student at Jamiatul Ilm Wal Huda in Blackburn, as well as a graduate in Biomedical Material Science from the University of Manchester.

He is the founder of Made Muslim Foundation, an organisation that works with the youth in facilitating developmental and spiritual activities, as well as providing Islamic education, catering for children and adults. Abdul Kayūm currently delivers sermons and lectures of various topics in the North West of England.