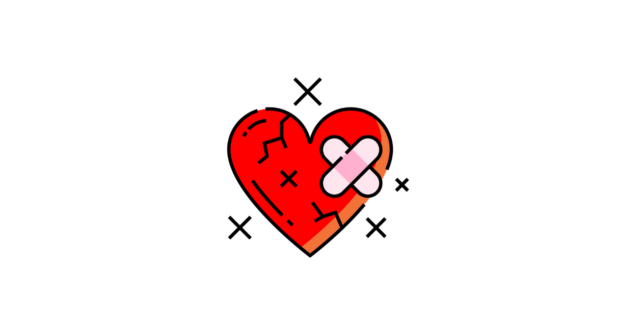 If taking one oath is sufficient to capture the attention of a listener, what then of an oath taken by Allāh? What if those oaths were 11 consecutive ones? This is precisely what appears in one of the chapters of the Qur’ān, Al-Shams, where Allāh takes 11 oaths, one after another, to capture our attention to the weight of what He is about to say:

Not a week has passed by in the last couple of years of my life without someone telling me, “I feel that I am losing the essence of Islam, the joy of Iman, and the purity of my nafs, so what do I do to restore it?” The methods are many. Admittedly, much of the answer must be tailored to the one asking the question, but there are constants that never change and must be included in every answer, one of which is Salah.

“Successful indeed is the one who purifies himself, and mentions the name of his Lord and prays.”[2]

“But you [Prophet] can only warn those who fear their Lord, though they cannot see Him, and keep up the prayer – for whoever purifies himself does so for his own benefit.”[3]

As harsh as this may sound, and as un-politically correct as it may be, I have full confidence and no hesitation in stating that whoever claims to be a Muslim, acknowledges Allāh as His Maker and Provider, and has an interest in being safe on the Day of Reckoning, yet still neglects the prayer, then that person is an evil person. By the One who owns me, if this person had any idea of what it is they have neglected, they would not be able to enjoy another meal nor would they be able to sleep at night. They have neglected the rope of Allāh that He has extended, and they have cast aside their only lifeline; that act of worship mentioned in the Qur’ān over 100 times. In every single one of these 100 verses, there is either a description of the bounties prepared for those who pray or a description of the trauma that awaits those who neglect it.

“Alif Lām Mīm. This is the Book! There is no doubt about it—a guide for those mindful [of Allāh], who believe in the unseen, establish prayer, and donate from what We have provided for them.”[5]

As for the very end, this is when Allāh said:

For those unsure about giving the Salah the commitment it demands: how do you accept to put yourself in the middle of a fierce crossfire of scholarly discussion, where the most relaxed opinion regarding your status as one who is lax towards prayer is that you are a fāsiq (rebellious sinner) from the worst of the fussāq? Had your great-grandfather been resurrected and told, “There are going to be people from your progeny who will claim that they are Muslim but refuse to prostrate their faces to Allāh,” he would never believe such a thing.

At our mention of Salah, we find ourselves needing to almost literally drag our loved ones to pray as they slouch, stagger and linger. This is because they have not tasted the sweetness of Salah yet. When you invite someone to their favourite restaurant, they will arrive before you do, and this is because they have experienced the joy of the meals they are served. But if that person is unsure of the menu, there will be some hesitation, and the person may not even show up. Similarly, if you have tasted what Salah – the real Salah – offers, you would become imbued by its experience.  To elaborate, consider the following examples:

The friends of Hatim al-Asamm – the great worshipper from the city of Balkh in Khorasan – once asked him, “Describe your prayer to us.” He said:

“I stand up as soon as a I hear the call to prayer, I walk to the Mosque in fear of Allāh, I set for my prayer a clear intention, I begin my prayer by glorifying Allāh in awe, I recite Qur’ān in a measured way and contemplation, I bow with submissiveness, I prostrate with humility, I sit for the tashahhud correctly, I end my prayer according to the prophetic way, I hand over my prayer to Allāh with sincerity, and then I worry in apprehension at the thought of Allāh not accepting it from me.”[7]

Abu ‘Amr b. al-‘Ala, one of the seven famous reciters of the Qur’ān, was not fond of leading people in prayer. Once, he was compelled by the people to lead, so he turned to the congregation before the Salah began and said, “Stand in line,” as was the tradition of the Prophet Muhammad (sall Allāhu ‘alayhi wa sallam). He then passed out and remained unconscious until the next day. When he awoke, he was asked about what happened, to which he replied:

“As I instructed you to stand in line, I imagined Allāh saying to me, ‘O my servant, have you ever kept straight for Me for even a moment in your life so that you should instruct other people to keep straight?’”

When ‘Abdullah b. al-Zubair would engage in prayer, birds would perch on top of him due to the prolonged length of his bowing and prostration. Similarly, when he would enter his home, silence would descend upon the household out of respect to him, but the moment he would start praying at home, they would resume their talk and socialising, knowing that the moment that ‘Abdullah commenced his prayer with “Allāhu Akbar”, he disconnected from the life of this world and established a completely separate connection with the Most High. This is Salah.

‘Umar, the closest Companion to the Prophet Muhammad (sall Allāhu ‘alayhi wa sallam) after Abu Bakr, was fatally stabbed by Abu Lu’lu’, after which his side opened up and he fell unconscious. Ibn ‘Abbās and a group from the Ansār carried ‘Umar to his home. He remained unconscious from ‘Isha until the later hours of Fajr. One man said, “You will not be able to wake him up with anything but the mention of Salah.” So another man said, “Leader of the Believers, it is time to pray.” At once, ‘Umar passed his hand over his eyes and said:

“Yes, there is no Islam in the life of a person who does not pray.”

This was their life with Salah – a meeting that settled the aches of their hearts, a pleasure that they simply could not function without, and an inner relief that could not be replaced.

How much Salah gives to you depends entirely on how much you give to Salah. How much your Salah will pray a role in purifying you depends on your effort to purify your prayer from distraction, laziness, half-heartedness, and delay. How much Salah transforms your life and afterlife depends on how much you invest in transforming your Salah. Some argue, “I have read in the Qur’ān that the Salah actively prevents a person from immorality and sin, and I have been praying for years but I do not see it protecting me against sins.” There are only two options for this scenario: either the Book of Allāh told a lie (which is not actually an option), or that you have not carried out the type of prayer that transforms the human being.

Do not excuse yourself by saying, “But I find it hard to enjoy Salah – I haven’t been made to feel attached to it.” These labels are inadvisable to use as they create a victim mentality rather than making us take responsibility for our lives. The reality is that man is the one who causes himself to become attached to a matter. Whether we speak about tea addicts, chain-smokers, compulsive gamblers, or any other type of addiction, it is man who nurtures attachments by virtue of his own doings; repeated visits, constant browsing, and perpetual gazes until the addiction takes hold of our hearts. So, instead of arguing that “Salah is not happening in my life, I’m just not feeling it,” realise instead that we are the creators of habits.

Train yourself to yearn for Salah. For example, if an hour passes by without you having prostrated to Allāh, get up and pray two units. With the passage of time, this may even wake a person up from sleep feeling an urge to glorify Allāh.

The Prophet (sall Allāhu ‘alayhi wa sallam) once woke up during the night before the dawn prayer. He stared into the sky and recited the verses:

“Our Lord! You have not created all this without purpose. You are far above that, so protect us from the torment of the Fire.”[8]

Then he washed, prayed, then went back to sleep. He did this on three occasions during that one night before Fajr.[9]

There are simply too many hours between the Fajr (dawn) and Dhuhr (noon) Salah to pass by without Salah. If you do not feel an urge to pray during this time, then you have not experienced its joy. The lover of Salah fills this time with some sort of prayer; Duha or otherwise. The lover of Salah says:

“How can I allow all those hours to pass without me renewing my knot of Iman, refortifying my defences against Shaytān, or refreshing my connection with the Qur’ān?”

This is a person who misses Salah, and this is a state that can be arrived at by training. With the passage of time and creation of habits, such a person will find that the cure to every challenge in life is found in Salah:

– A fall out with a family member or friend? The prayer mat is rolled out for Salah.

– Islamic knowledge not being achieved? The solution is sought in Salah.

– Finances have plummeted? The immediate retreat is Salah.

– An enemy is on your case? Protection is sought in Salah.

– Loneliness reaches unbearable levels? Companionship is searched for in Salah.

The relationship between you and Salah is identical to the relationship of your phone with its charger. Without that charger, your phone’s light dims, its sounds are silenced, and its function as a mobile phone comes to an end. Similarly, without Salah, your light dims, your voice of wisdom is silenced, your sense of security is smashed, your contentment is ruined, your anxiety is unleashed, and your function as a human being comes to an end.

In conclusion, if you are finding it difficult to commit to Salah, then realise that it is not Salah that you have an issue with; you are at odds with your version of Salah. If it was the real Salah, you would be possessed by passion, a constant yearning to return, and an ever-growing sense of pressure to become a better Muslim with fewer sins. It is not Salah that you dislike – you hate what your Salah has become. So, exert an effort to bring it back, then simply observe how you will change from day to day into a person you thought you could never become.

Previous: Al-Fatihah: The Opening
Next: Deadly airstrikes in Yemen not recorded in confidential UK report