“I’m more spiritual than religious”… and other fables 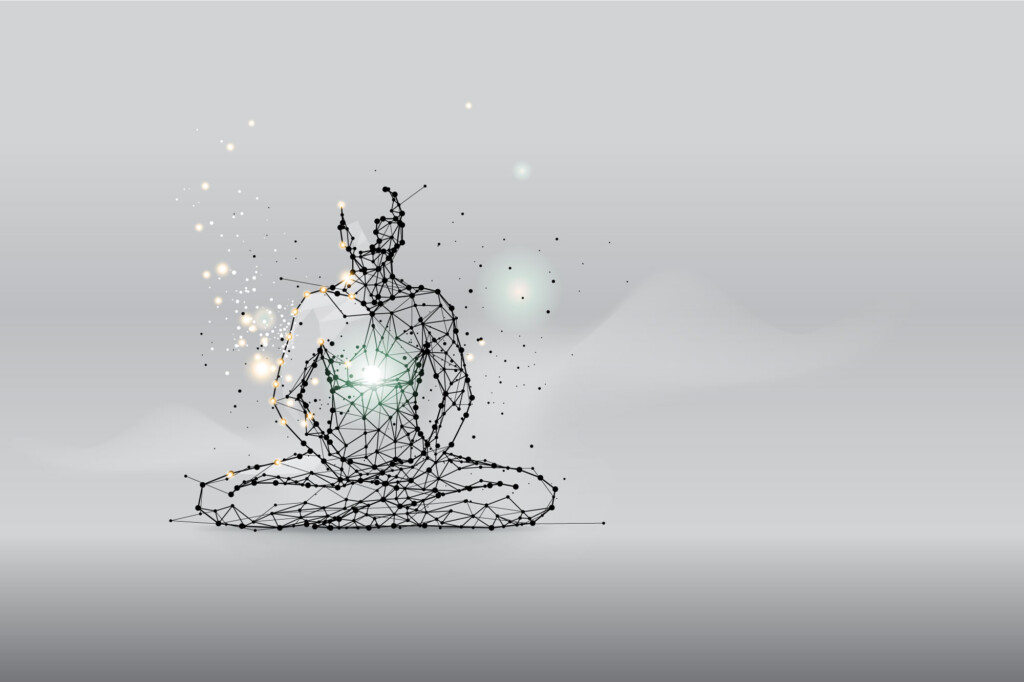 During the final days of freely sharing air droplets with strangers, I was in the kids’ section of my local library. Lockdown was about to hit and I needed to get my hands on a hardcopy book about Islam. There, in the World Religions section of the library, I found books on Islam, Christianity, and Judaism placed alongside titles such as “Greek Mythology”, “Ancient Shinto Folklore”, “African Incantations and Dance Rituals”, and “Paganism is Cool: You can be a modern witch!” The physical placing of this literature together speaks volumes for the position that religion occupies in the public psyche today. Religion is seen as pre-modern, folkloric, superstitious, and irrelevant to the modern world. The books appear as dusty and frayed at the edges as the very idea of God today.

The supposedly austere, outdated, and hypocritical institution of religion is therefore mostly abandoned. In its place, however, we might welcome its fluffy little sister: spirituality.

There is still a void that needs filling, after all, and a hazy dip into some feel-good vibes might tide us over for now. The way that spirituality has been characterised for us today is essentially abstract, non-committal, and centred around the benefits to the individual. We shop around for life philosophies just as we browse the gluten-free aisle of the supermarket. Everybody wants a little bit of something to remedy the crisis of meaning, but like all responsible shoppers, we decide in advance what exactly serves our needs.

In such a climate, there are some popular ideas around spirituality that not only miss the mark, but expose the very fallacies of our approach. You may be familiar with some of the following:

Anybody who says “I’m more spiritual that religious” is highly likely to be neither. This phrase essentially divorces God and religion from spirituality, and thereby secularises the idea of the Divine into abstraction. It is akin to saying: “I love the feel of a clean house, but I will not clean my house” or “I love being physically strong, but I won’t eat well and stay active” or “I’d love to be well-read, but I won’t make time to read”.

We want the perks and benefits that the disciplined practice of a religion traditionally gave us, but without the investment and work it takes. By ‘work’, I mean actively learning, reflecting, asking, trying to understand, and reasoning through explanations for the difficult questions. We want to feel purposeful, present, engaged, and connected, but we won’t move further than “the energy out there” or “Mother Nature” or abstract “karma” as the source of our soul’s relief. Sometimes, this is because Mother Nature does not ask anything back from us. Other times it’s because we have little to no concern for religion, as archaic and irrelevant as we have been raised to believe it is.

The perceived highs, ‘deep thoughts’, and abstract spiritual mantras cannot and will not last unless one has a holistic system of living to supports one’s growth into a practical way of life. Otherwise, we can be someone who carries around their “Little Pocket Book of Taoism” for a quick spiritual pick-me-up, but continue to be abusive, dysfunctional, and egotistical as a person. Spirituality is not about the short-term highs of an elevated mood, but the implementation of an enduring truth into a facilitating and committed lifestyle.

Spirituality is also the indispensable companion of ritual, law, and discipline. All these facets are essential, as the needs of the human include being inwardly connected and outwardly obedient. What is felt in the heart must necessarily manifest through the speech of the tongue and the action of the limbs for the human to truly be a functional whole. Spirituality without outward Law is abstraction at best, and another form of egoism at worst. Law without spirituality is the dry and robotic service of a worker who toils only for a Divine pay-out after death.

There is no true spirituality without religion, just as there is no steady flight of a bird without both of its wings intact. Focusing on one in the absence of another is not only cutting off your ability to fly, but is an open affront to what your corporal self was created to do.

If spirituality just brings you feel-good highs, it is highly likely that you are not doing it right.

The aim of taking a spiritual path is not to feel good or to taste happiness. In fact, the process will bring you realisations that invite discomfort and pain within. This is because, in order to recognise oneself, a process of brutal introspection must commence. Your ego will fight this. Nobody wants to feel bad about themselves or even reflect that deeply. Your ego will try to reject, resist, challenge, and oppose anything that does not feel good.

After one has accepted a shortcoming or vice that is barring their spiritual growth, the next step is difficult still: finding remedies. Since the aim is often to subdue the ego, much of the spiritual medicine will involve behaving in the opposite way to your inclination. This might be how you have behaved for years, or even for all your life. You may have to begin learning humility, acknowledging your limits, understanding your weakness, learning to practice silence, not reacting, not saying what you immediately want to say, listening to criticism of yourself from people you do not care for (and thanking them for it), and opening the whole of yourself up in prayer (du’ā). Following this is the discipline of staying on this path with consistency, knowing that slip-ups are inevitable but that you will always try to pull yourself back on track. This requires strength and grit. It is not going to give you a rush of euphoria or a feel-good high. It is likely to be slow; many investments you make may never even see a pay-off in this world. Yet spirituality is ultimately about journeying to Allāh, and no effort – miniscule or grand – is ever lost with Him.

We often think of ‘spiritual people’ as if they radiate this zen-like aura, exhaling unicorn dust with every breath. The truth is that the ‘signs’ of spiritual growth will often never be so obvious. These signs will manifest in the way that a person relates to themselves, their closest family and friends, how they respond to adversity, and how they maintain a standard of conduct irrespective of things being in freefall around them. Spirituality is ultimately about developing this inner strength and tasting internal contentment, which is not tied to external circumstances. It is not about achieving, maintaining, or even chasing happiness. It may feel good sometimes, but often it won’t. Progress is only on the other side of pushing through the pain of what is true, not soothing oneself with the false balm of what ‘feels good’.

“Spirituality is about knowing oneself”

Much of secular spirituality today stamps out the idea of God. All the focus and energy is directed towards achieving a peaceful inward state to benefit the ‘Self’. Therefore, much of the conversation is about exploring, learning about, and loving yourself. Though this is important, it is only one side of the coin.

Spiritual practice will no doubt have a beneficial impact on you as an individual, but basic self-improvement is not the ultimate objective. The aim is to nurture a strong connection with the Divine, and spirituality is only a vehicle to this relationship.

Spirituality is not about the ‘Self’ as it is – it is about the ‘Self’ as the highest potential it offers. The aim is not to “just be who you are”, but to be better than who you (currently) are. The purpose is growth of the self, not a celebration of its current state.

In attempting to subdue the ‘Self’ and its needs, one unlocks more of its higher potential. Spirituality is primarily about knowing your Lord, and through that, you will come to know yourself.

Spirituality has become an open umbrella term that encompasses the traditional alongside the experimental (and sometimes psychedelic). There are countless approaches towards seeking connection with something greater than ourselves. However, without a grounded tradition, this pursuit can fast descend into splintered, abstract, and misguided approaches.

In today’s capitalist world, nothing is out of bounds, including the ‘sacred’. There are few things that won’t be co-opted, reframed and sold back to us. As consumers, we can buy both our Che Guevara and Om meditation bracelets at our local Topshop branch. If anybody could claim to have gold nuggets sourced from the Throne of God, you can bet that would be up on Amazon Prime too.

Authentic spirituality should be something universally accessible, despite differences in class, culture, privilege, and resources. Spirituality should serve the primal instinct within the human being to express gratitude, demonstrate introspection, and strengthen the soul. It is essentially transformative in the way we relate to ourselves and others, but primarily how we relate to God. It should illuminate the path to Him. Recognise these hallmarks of true spiritual practice as something that pushes you further along the path of seeking Allāh. As the old saying goes, we are not human beings on a spiritual journey, but spiritual beings on a human journey.