One of the Toughest Acts of Worship 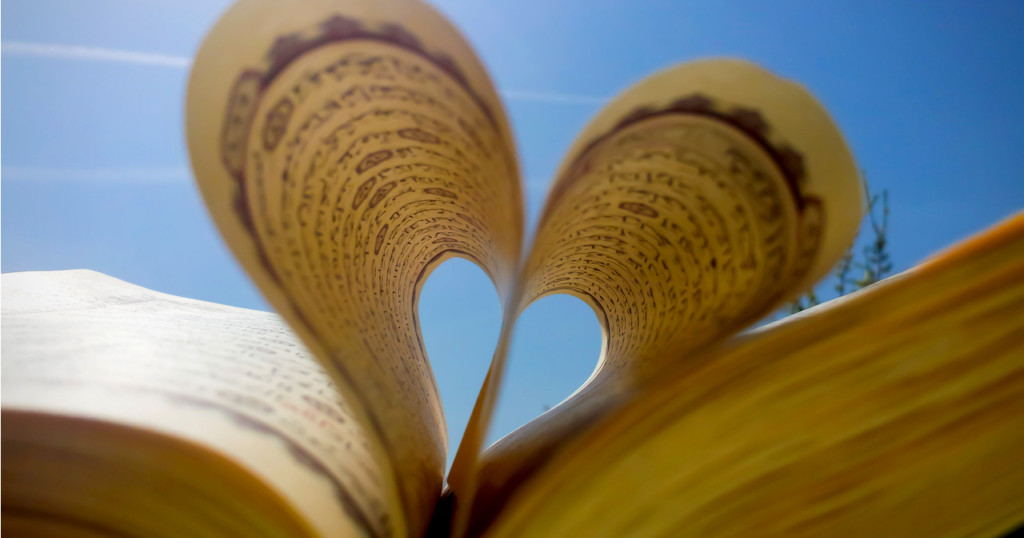 There is a phenomenon that is:

That phenomenon is al-Khushū’ lillāh; humility before Allāh.

This isn’t necessarily something you physically do, nor is it limited to Salāh, but an inward state that envelops your heart around the clock. It is to walk the earth whilst truly feeling in need of Allāh, that you’re helpless without His assistance and paralysed without His aid. It is when you raise your head from prostration only to realise that your heart is still prostrating. It is to buy, sell, converse and socialise with others, whilst your heart quietly calls out,

“O Allāh, do not leave me to my own devises, I am at your mercy.”

“O Allāh, pardon my shortcomings, You see what others don’t see.”

“O Allāh, I have not worshipped You as You deserve to be worshipped.”

Have you felt this before? Or has your life with Allāh become reduced to soulless chores of robotic movements?

“Has the time not come for those who have believed that their hearts should become humbly submissive at the remembrance of Allāh and what has come down of the truth?”[1]

Honestly, after reading that, did it affect you? If not a great deal, then I draw your attention to just how hard this āyah fell on the ears of the companions.

As for Ibn Mas’ūd, he said:

“The time between our embracing of Islām and when Allāh reproached us through this āyah was only four years.”[2]

As for Ibn ‘Umar, when he would recite this āyah, he would cry until his tears would soak his beard, and would say:

As for Ibn ‘Abbās, he said:

“Allāh saw that the hearts of the believers were slow towards Him.”[4]

It truly is amazing that the companions would say such things about themselves, considering that they are the ones who, according to the Qur’ān itself, are “not distracted by trade or sale from the remembrance of Allāh and performance of prayer and giving of Zakāh. They fear a Day in which the hearts and eyes will turn;”[5] and those who were “true to what they had promised Allāh;”[6] yet Allāh reproached them for hearts that could have done better. This is nothing but an indication of just how enormous Allāh’s right is for our hearts’ Khushū’.

From a linguistic perspective, it is in reference to:

“A state of humility, lowliness and stillness.”[7]

To make this meaning a little clearer, let us take look at the Qur’ān and see how Allāh uses this word in the Qur’ān. Allāh said:

“And among His signs is this, that you see the earth still, lowly, but when We send down on it the water, it is stirred to life and vegetation grows.”[8]

The Arabic word used for “still, lowly” is “khāshi’atan”.

When speaking about the Day of Judgement, Allāh said:

“And all voices will be humbled, low before Allāh and you shall hear nothing but whisperings.”[9]

The Arabic word used for “humbled, low” is the verb “khasha’at”.

So, what is the technical definition of that khushū’ which Allāh wants from us?

“The khushū’ of one’s heart is a state where it breaks and humbles for Allāh and remains fixed from turning to other than Allāh as you stand before Him. Thus, when the heart experiences khushū’, the effects of it appear on the limbs.”[10]

(b) What practical examples do we have from the life of the people of khushū’?

Ponder over the words of the Prophet (sall Allāhu ʿalayhi wa sallam) in praise of Allāh in his bowing in prayer,

“O Allāh to You I bow, in you I believe and to You I surrender. My hearing, my sight, my brain, my bones and my nerves have all been humbled to you.”[11]

Al-Hasan al-Basri said, describing the companions of the Prophet (sall Allāhu ʿalayhi wa sallam) and their perpetual state of khushū’:

“Looking at them was like looking at people who could see paradise and hell before their very eyes. By Allāh, they were not people of argumentation or falsehood, nor did they find comfort in anything but the book of Allāh, nor would they show that which was not in their hearts.”[12]

‘Abdullah b. ‘Umar once recited Sūrat al-Mutaffifīn, until he reached the āyah:

“On the Day when people will stand for The Lord of the Worlds.”[13]

He cried until he collapsed and was unable to resume his recitation.[14]

“A man from Makkah said to me: ‘This is the spot where your brother, Tamīm al-Dāri, stood in prayer from the night until the morning as he recited and repeated one āyah: “Do those who commit sins think that We shall make them like those who believe and do good works, the same in life and death? Bad is their judgment.”[15]’”[16]

Thābit al-Bunāni visited a doctor regarding pain in his eye which he was experiencing. The doctor said to him:

“If you promise me to do just one thing, your eye will get better.” He replied: “What’s that?” He said: “Don’t cry”

1. It is one of the widest doors to Allāh’s pleasure

Despite this state being the core of worship and its very essence, and despite it being one of the widest and quickest of doors to Allāh’s pleasure, it would not be an exaggeration to say that the majority of us are yet to experience it.

Consider the words of Imām Ibn al-Qayyim who said,

“I have tried drawing closer to Allāh by entering every possible door of worship, but every time I came close to a door, I found that it was congested with people and so I was unable to enter…”

In other words, the popular acts of worship like prayer, fasting, charity, da’wah, Qur’ān and their like are practiced by so many, alhamdulillāh, so it is hard to compete with people in that regards. He continues:

“… until I approached the door of humility and bankruptcy to Allāh, where I found that it was in fact the quickest and widest of all doors to Allāh, but to my surprise, I realised that there wasn’t any congestion at it nor were there any barriers. I placed my foot inside and at once, I was taken by the hand and allowed to walk inside.”

The outward worship is on point in many of our lives, but the state of desperation, humility, inner poverty and genuine need of The King is, according to Ibn al-Qayyim, the missing jigsaw piece in the lives of the masses, the piece that makes all the difference.

2. It causes your good deeds to grow in size

Al-Khushū’ truly is a miracle growth hormone which, whenever added to any good deed, amplifies it in size and goodness. Your two units of prayer, if performed with Khushū’, are many times dearer to Allāh than my entire night’s worth of prayer if mine is without Khushū’. Yes, it is a shortcut, and bearing in mind just how short your life is, you need this shortcut.

Shaykh al-Islām Ibn Taymiyya said, speaking about Sūrat al-Ikhlās, “Qul huwa Allāhu ahad”, and how the reciting of it equates to one third of the Qur’ān:

3. It expels the whisperings of Shaytān

Have his whisperings reached unmanageable levels in your life? If so, then take it as a rule; the whisperings of Shaytān and Khushū’ can never coexist in any one heart.

The scholars have said:

“Whoever’s heart is in a state of Khushū’, Shaytān cannot approach it.”[19]

(d) Lastly, how then is this wonder of an act of worship to be attained?

If you feel that your relationship with Allāh (subhānahu wa ta’ālā) is a cold one, it doesn’t necessarily mean that it’s because you are a bad person. The reason may be far simpler. It may be because you are yet to know Him.

“Whoever knows Allāh has to love Allāh.”[20]

Make a conscious effort to rediscover The One whom you claim you worship through the Qur’ān, through the study of his names and attributes, and watch how the Khushū’ within you that had been asleep will slowly begin to reawaken.

2. By thinking about Him

This universe is an enormous Masjid built for your contemplation. When Umm al-Dardā was asked “which act of worship did you see your husband, Abū Dardā, engaging in the most?”, she replied: التفكر والإعتبار, “Contemplation and deep thought.”

3. By freeing up some space for Khushū’

We have already established that al-Khushū’ is not an action of the outer, but one of the heart, and with this we understand why, for many of us, it’s so difficult to attain; because we haven’t left any space for it. There’s only so much that the human heart can house, and if you’ve filled it with sins, songs, distractions, addictions and perversions, then how will Khushū’ find its place when it’s constantly being evicted? Each and every one of us knows exactly where to start and what inner items need unloading.

4 By begging Allāh for it

The Prophet (sall Allāhu ʿalayhi wa sallam) would say in his Du’ā:

Honestly, it’s not all about appearances, eloquent sermons and carefully crafted Islamic posts, but it’s about that secret relationship that exists between you and Allāh which nobody else sees. A single atom’s worth of this quality is dearer to Allāh than mountains worth of deeds that are machinelike.

How close is the mercy of Allāh to the people of Khushū’, and how near is their relief?

[11] AtTirmidhi, on the authority of ‘Ali

[23] Muslim, on the authority of Zayd Ibnu Arqam