The Aqsa I Saw 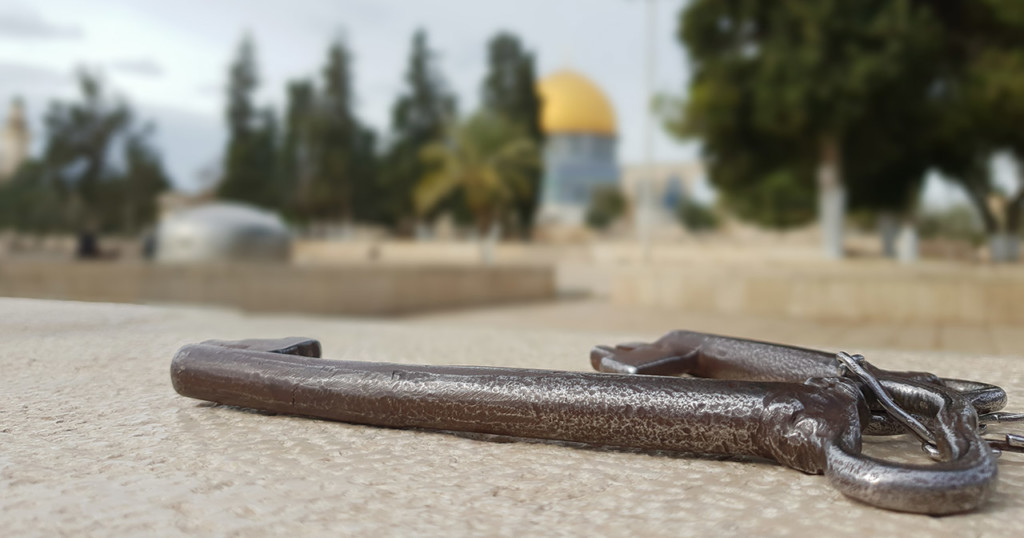 Allāh The Exalted blessed me with an ascension up into and through the skies, to the blessed land of al-Quds, Jerusalem; my heart’s newfound home and grazing ground.

I saw what I cannot describe in words. There are no words capable of giving meaning and life to the description needed to paint a picture of al-Quds. I will try though to mention some of what touched my heart the most.

I saw a land of history and heritage that puts the road ahead into perspective. To know where we are going we must first know from where we have come. To see is to believe. The birthplace and resting place of Prophets. The temple of Sulaymān ʿalayhi al-Salām. The various masājid built by the righteous and liberators such as Salahuddin. The place in which our master and messenger led all the prophets in prayer turned towards one Lord. The land to which ʿĪsā ʿalayhi al-Salām will return.

I saw a land fertile beyond comprehension. Whilst there I was told that most fruits can be grown and harvested in the rich soils of Palestine. What I found though was not just fertility to grow plants but the fertility to revive hearts.

I saw a land of revival. From the pulpits of Salahuddin to the residence of Imām al-Ghazāli, from which he authored Ihyā ʿulām al-Dīn. From the liberated pillars of the Marwāni Masjid, once stables for crusader horses, to the winding roads of old Jerusalem named after heroes and champions of Islām.

I saw paradise on earth, my memories of Madinah nearly overshadowed by the sweetness of Jerusalem’s hills and rooftops.

I saw a people under siege and imprisoned, but it wasn’t the people of al-Quds I saw besieged. It was us, those living outside of this blessed land, enslaved to our desires. Trapped in the world and silenced by our corrupt rulers and clergy men, may Allāh grant us freedom.

I saw scholars and students. Teaching and studying on through the mornings and afternoons. Their thirst for knowledge and worship unquenched even under the bitter taste of occupation.

I saw an empty space, a space left vacant by our rulers and nation states. A lack of presence only explained through one word: treachery. Men who purchase kingdoms in this life at the expense of the next. Men who purchase palaces, boats, paintings and amusements for prices which would feed entire nations. Men who entertain themselves and their guests trading their honour and dignity for a short-lived piece of recognition and appeasement.

I saw a lack of presence and an empty space left vacant by the sons and inheritors of bandits who sold what they had no ownership over in the first place.

I saw a lion upon the pulpit, dressed in the robes of scholarship. His body perhaps confined but his roar loud and clear, his heart free, his voice and message uncontainable.

I saw the reality of what Allāh The Exalted warned us about:

Obey Allāh and His Messenger, and do not quarrel with each other, lest you should lose courage, and your prowess should evaporate; and be patient. Surely, Allāh is with the patient.[1]

I saw the reality of a great ummah divided and fractioned; kept busy with the details and intricate issues of no practical relevance rather than uniting at the core. Those divided will be conquered and humiliated, as Allāh The Exalted says:

Indeed, Pharaoh had become high-handed in the land, and had divided its people into different groups; he used to persecute a group of them, slaughtering their sons and keeping their women alive. Indeed, he was one of the mischief-makers.[2]

I saw that through knowing the final destination of my journey – al-Quds – and its worth, I was able to bear the hardships and the burden of my journey. The sweet air and beautiful land the reward for my forbearance. Likewise, I realised that through keeping my sight on paradise I will – God willing – be patient upon the journey we call life.

I saw that the future belongs to the believers, those who are dedicated and willing to toil in the plains of hardship and sacrifice. The seeds are being planted and the harvest will soon begin to show. The question I’m left to ask myself; will I be from amongst their righteous ranks?