The Only Promise in Life 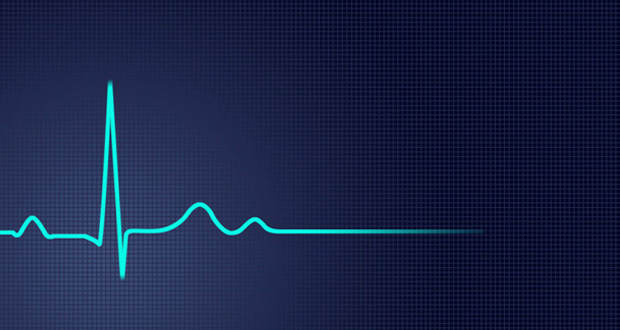 “Every soul will taste death”[1]

In this āyah, Allāh succinctly informs us of a sure reality. As is often said, you can be sure of nothing in life, except that its conclusion is death. Indeed, it is the only event in your life that can be guaranteed, and this is universally accepted knowledge. Even the staunchest of atheists cannot deny this fact, and no sane individual would reject it. Indeed, there is no doubt that every reader of this article is well-aware of this certainty.

The problem, however, is that we often only hold this belief superficially. We all know of death, but we know it only as an abstract concept – as a theory – and many of us do not actualise this knowledge. What is meant by this is that we know that we will die one day, and yet death seems distant. We feel safe from it. “It’s going to happen” we think, “but not now.” And the proof for this is in our actions. Had we truly internalised the certainty of death, we would never have allowed ourselves to commit that last sin, knowing with conviction that it could have been our last and final action. We always feel safe, and take for granted that we have time to perform tawbah (repentance). But, who guaranteed us this time? And what is it that has made us feel safe to fall into that sin? How many of us have witnessed parents, grandparents, siblings, children and friends return to Allāh with their deeds? When, then, will we wake up to this inescapable reality?

During my medical studies, I have spent much time in various hospitals and I have spoken to more patients than I can remember. I have witnessed first-hand people facing death. I have spoken to individuals informed that they have contracted terminal illnesses struggling to come to terms with the short time they had left. I have seen healthy individuals rushed to Accident & Emergency in critical states following road traffic accidents. Those I have seen on the brink of death have been as diverse as any British high street. They were old and they were young. They were male and they were female. They were frail or out of shape and they were at peak physical fitness. They were every race, nationality and religion. There was one thing, and only one thing, that they had in common. Not one of them expected it. None would have denied that they would die at some point, and yet, each one of them was surprised when death came near.

We do not expect death, and those who have faced it, too, did not expect it. So what is it that makes us feel safe? Did you know that there are illnesses where the first symptom is sudden death? What makes us think that we do not have such a condition? What makes us confident that when we next leave our homes we will not be hit by a car or a truck? Were you to die tomorrow, would you be satisfied with your day today knowing it would be your last? Even in this very example, I have fallen into the aforementioned mistake and treated death as something distant. By Allāh, you could die where you are sat or standing now, and your next breath could be your last. So are you content with your deeds now, knowing that you may have no more time to act?

This is what is meant by actualising and internalising our knowledge of death. It is having a sense of urgency and viewing death as something imminent. With this kind of knowledge, we can truly hold ourselves to account.

“O you who have believed, fear Allāh. And let every soul look to what it has put forth for tomorrow – and fear Allāh. Indeed, Allāh is Acquainted with what you do.”[2]

Allāh reminds the believers to focus on what we have prepared for what is to come next, i.e., have it at the forefront of our minds. Likewise, the Messenger (sall Allāhu ʿalayhi wa sallam) said,

“Three things follow the deceased person (to the grave), two of them return, and only one remains. His family, wealth and actions follow him. His family and wealth return, but his deeds will remain.”[3]

So be mindful of the deeds that you have prepared as these will be all that we keep when we meet our end.

As ʿUmar b. Al-Khattāb (raḍiy Allāhu ʿanhu) advised, “Bring yourself to account before you are taken to account. Weigh your deeds before your deeds are weighed.” From amongst the best ways to do this is to remember death frequently and be in regular remembrance of Allāh and His book, whilst regularly self-evaluating our preparation for the Hereafter.

I conclude with a powerful reminder that I once heard and has stuck with me since:

Don’t let the moment your limbs fall limp be the first time that they are free from sin.

Don’t let the moment your eyes shut for the last time be the first time that you lower your gaze.

Don’t let your last breath be the first time your tongue is free from evil speech.

Don’t let the time you are wrapped in your burial shroud be the first time your ‘awrah is covered.

Don’t let your janāzah be the first time you are in the first rows in the masjid.”

In short, don’t let the day you die be the first day that you live as a Muslim.

Moustafa is a medical student currently in his final year of study. He also has a BSc in endocrinology.