#STAND4UYGHURS
Home / Featured / The Pure & Impure Are Not Equal 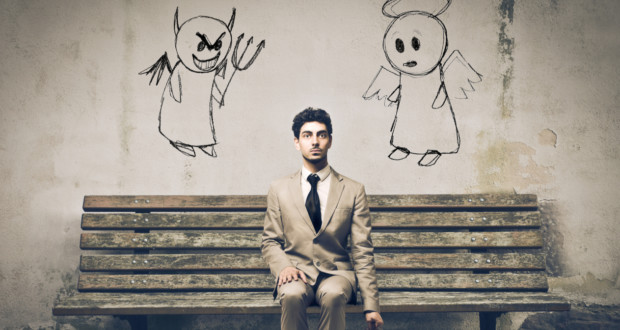 The Pure & Impure Are Not Equal

Man, by his nature, is attracted to the impressive in quantity and size over what’s lesser. Man is also far more inclined towards the immediate as opposed to the eventual, and since these inclinations are so strong, if not managed, our choices may end up devastating both of our lives. Our perceptions do require management, and who better to do that than our very Maker Himself? He has given us the Qur’ān for that exact purpose, and one such Āyah that assists in managing such tendencies, nurturing the Muslim to not judge a matter by its quantity, popularity and glossy appearance but by its purity, is where Allāh said:

“Say, ‘Good and evil are not equal, even if the abundance of evil might impress you. So fear Allāh, O people of understanding, that you may be successful.’” [1]

This is a golden principle of an Āyah that gives the Muslim a benchmark to use when judging beliefs, words, actions, trends, appearances, events, incomes and their like. The sheer size of an evil and its many supporters doesn’t make it valuable, just as the rarity of goodness and people’s ridiculing of it doesn’t make it invaluable, for good and evil are not the same, even if such a good is far smaller in size.

Even if you were offered a suitcase full of the latest iPhones, should they be fake, they wouldn’t mean anything to you, but rather, a single genuine iPhone would be, in your eyes, of greater worth. Similarly, even if you were offered a bag full of medicine that you need, should they be counterfeit, they’d be rendered useless, but rather, a single legitimate tablet would be, in your eyes, of far greater worth. Yes, even in our eyes, it’s not always about quantity and size, and to Allāh, it’s the exact same principle; even if the impure is enormous in quantity, it means nothing to Him if it isn’t pure.

Consider the following examples from our day-to-day lives in order to train ourselves in the application of this Āyah:

(1) The knower of Allāh and pursuer of the Hereafter with everything s/he has, versus those who care not

Are they the same?

“Is he, then, who knows that what has been revealed to you from your Lord is the truth like him who is blind?”[2]

Consider the confused, lost and miserable words of one of our confused contemporaries who said in a couplet of poetry:

“I have come into existence. I don’t know from where, but nevertheless I came. I have seen a path ahead of me and so I walked, and it seems that I will continue walking on this path whether I like it or not. How did I come into existence? How have I seen this path? I do not know.”[5]

Can these words of bitter doubt, inner turbulence and spiritual chaos ever be compared to those words of the Prophet Mohammad (sallAllāhu ʿalayhi wasallam) and the Muslims after him, those words of confidence in Allāh, strength of heart and unshakable conviction, who’d say in the introduction of his night prayer:

Yes, I agree—those who don’t love Allāh and are not interested in the Hereafter are far more than those who are, their voices are louder, and their lifestyles are far more attractive, but in the Eyes of Allāh, are they the same?

(2) Income from the permitted versus that from the prohibited

“He who gives in charity the value of a date from pure earnings (“Tayyib”), and Allāh accepts only that which is pure, Allāh accepts it with His Right Hand and nurtures it for him, as one of you nurtures his baby horse, until it becomes like a mountain in size.” [7]

Complementing the Hadīth above, the Prophet (sallAllāhu ʿalayhi wasallam) said:

“Even if interest is abundant, the outcome will always be a loss.” [8]

Yes, he may wear the most expensive of clothes, drive the latest cars and live in the biggest of houses, but the sensible Muslim isn’t impressed by this if it hadn’t been earned from permissible avenues, as his charity is under threat, his Du’ā is under threat, his peace of mind, wellbeing of family and safety underground are under threat. Clearly, the good and evil are not equal.

Yes, I agree with you—those who source their wealth from impermissible sources are more than those who don’t, and at times, their savings are far greater as well, but are they equal?

(3) Permitted relationships between the genders versus the prohibited

Is it s/he who chases a covert relationship outside of wedlock under the cover of night to spend a short-lived moment of pleasure that’s followed by excruciating guilt and piercing pain? That is because they realise—as a Muslim—that the Prophet (sallAllāhu ʿalayhi wasallam) had seen the fornicators suffering inside of ovens within their graves; and having recalled Allāh’s description of fornication: “And do not approach fornication. Indeed, it is ever an abomination and is evil as a way.”[9] During their intimate moment, should someone knock on their front door, they may both leap in fear as their conscience has already been terrifying them about what they’re engaging in. Then, should she get pregnant, it’s further gloom, which, in many cases, is followed by abortion, which only compounds the gloom and furthers their sorrow.

Is this person happy?

Which of the two are happier?

(4) The life of sin versus the life of repentance

You know who they are. Approach them and ask: “Tell me about the life of repentance. What does it feel like?” Their facial expressions of joy will suffice you from even needing to hear their words.

One predecessor of ours—Ibrahīm b. Adham—described this life by saying:

“If the kings and the sons of the kings knew of the joy that we are experiencing, they would fight us over it with their swords.” [11]

“There are moments which my heart experiences where I say to myself: If the people of paradise are experiencing what I’m experiencing, then they’re living a good life.”[12]

Can this “good life”—as Allāh described it in the Qur’ān—be compared to its dark opposite; the life of being distant from Allāh?

“But whosoever turns away from My Reminder then for him is a life of hardship.” [13]

“One commits a sin by night, and by day, its humiliating effects can be seen on his face.”[14]

Are these two lives the same?

Allāh said, in an Āyah that caused the companion Tamīm al-Dāri to once spend the entire night in tearful prayer as he recited and repeated this one verse until the morning:

“Do those who commit sins think that We shall make them like those who believe and do good works, the same in life and death? Bad is their judgment.”[15]

Yes, I agree with you—those who spend their nights in secret sin are perhaps far more than those who see those moments as opportunities to pray and cry in yearning for their Lord. But are they equal?

Using the above as examples, apply this rule to everything that Allāh has made permissible against its impermissible form.

– When assessing a financial transaction, don’t limit your study to the “how much?” but extend it to the “how pure?”

– When choosing friends, the priority is never “how many?” but “who from the many?”

– When considering the options over the weekend, the question isn’t “what are people up to?” but set your eyes on “what should I be up to?”

– When your resolve is now to adopt the Hijāb, cast aside the “what’s trending?” and replace it with “what’s required?”

This is a principle that nurtures the believer to observe life through the lens of the Hereafter, causing him to crave what is good and pure, even if it is little, whilst abhorring the impure even if it is colossal. What helps the Muslim develop this perception is his knowledge of the eventual fate of the “glamorous” Khabīth impure.

“He will put the impure, one on top of the other, heap them together, and cast them into Hell. It is they who are the losers.”[16]

However, Allāh is Shakūr (Most Appreciative), and so a person who lives his life assessing every one of his doings according to this Āyah, patiently opting for the Tayyib, good and pure every time over its Khabīth, impure form until the day he dies, will not be left empty handed. Rather, Allāh has promised such a person a series of prizes.

“Whoever does good, whether male or female, while he is a believer—We will surely cause him to live a happy (Tayyib) life.” [17]

(2) An ending that is Tayyib

“They are the ones whom the angels take in death, being “Tayyibīn” (good and pure); the angels will say, “Peace be upon you. Enter Paradise for what you used to do.” [18]

Their souls will be claimed in a Tayyib state; a gentle extraction of the soul, confident in what awaits them and thrilled with the prospect of finally meeting their Lord.

(3) A home in Jannah that is Tayyib

“Allāh has promised the believing men and believing women gardens beneath which rivers flow, wherein they abide eternally, and goodly mansions (Tayyiba) in gardens of perpetual residence; but the greatest bliss is Allāh’s acceptance. That is the supreme success.” [19]

In conclusion, it can at times be very difficult to see the Khabīth for what it is because of its size, popularity, glamour, accessibility and dominance in culture. Only those of understanding, wisdom and patience will be able to make the right decision and see straight through its glittery but thin outer layer, even if they’re outvoted. It isn’t easy, and perhaps this is why the Āyah ends with:

“… so fear Allāh, O people of understanding, that you may be successful.”

[7] Bukhāri and Muslim, on the authority of Abū Huraira

[8] Musnad Ahmad, on the authority of Ibnu Mas’ūd

[10] Muslim, on the authority of Abū Dharr