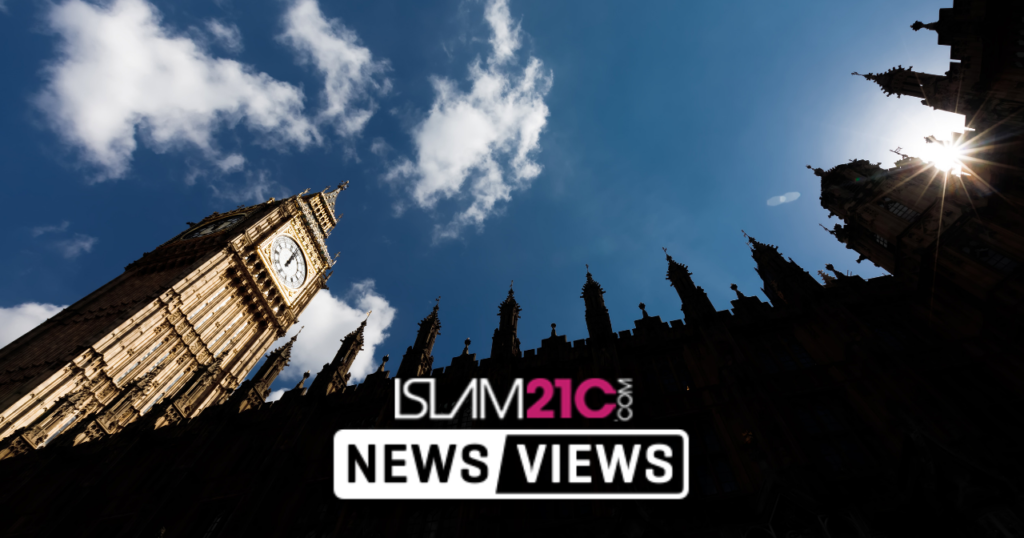 The government’s counter-terrorism strategy, Prevent, is to face an independent investigation after ministers finally agreed to address the concerns over its impact on British Muslim communities across the U.K.

Ben Wallace, the Minister of State for Security at the Home Office announced the decision in parliament on Tuesday after the government accepted an amendment to its counter-terrorism and border security bill that passed through the House of Commons. [1]

“I have decided that the time is now right to initiate a review of Prevent. Communities across the country have got behind the policy and are contributing to it because they want, as we do, their own young people to be protected from grooming and exploitation by terrorists.”

“Over the last two years the Home Office has built on the solid work of Prevent by releasing annual statistics. They clearly show that Prevent is not about singling out any particular group or ideology but is similar to other forms of safeguarding carried out every day by social workers, teachers and police.”

Wallace, however, queried critics of the strategy to “produce solid evidence of their allegations” while at the same time accusing them of using “distortion and spin” to change the meaning of Prevent.

The Muslim Council of Britain, an umbrella organisation has been one such group that has consistently called out the strategy. In a statement it said:

“The Muslim Council of Britain today welcomed the acceptance by government to launch an inquiry into the controversial Prevent strategy, which is part of the government’s counter-terrorism strategy.” [3]

“For far too long, the Prevent strategy has affected the lives of innocent families, been criticised for mainstreaming discrimination and lost the trust of communities around the UK.”

“This latest step is crucial for all those who have campaigned for an Independent Review of Prevent. Everyone committed to developing a truly effective strategy for tackling terrorism understands that it must be transparent, accountable and hold the trust of communities.”

As well as several such groups, many cross-party MPs and even the Government’s own reviewer of terrorism legislation, Max Hill QC, have opposed the government’s strategy and even gone so far as saying terror laws in principle should be scrapped as they are “unnecessary”. [4]

Advocacy group CAGE, who have been at the vanguard in exposing Prevent and the discrimination it espouses, said:

“In allowing an ‘independent review’ of PREVENT to go ahead the Government has conceded that the policy lacks any trust or credibility.”

“The announcement made by the Security Minister Ben Wallace should be viewed with caution by communities, academics and activists who have been successful in their outright rejection of the policy and in demonstrating its toxicity. This is a time to double up on the calls to end PREVENT.” [5]

Prevent is one of the four stands of the government’s counter-terrorism strategy which is known as ‘Contest’. Unlike the other strands—which exist to deal with things related to actual terrorism—Prevent was created to combat “extremism”, which was defined as the opposition to “British values”. This was due to the misguided, ideologically-based belief—now rejected by the government—that something called “extremism” causes terrorism. [6] This underlying “radicalisation” theory still remains in Prevent vocabulary despite the government distancing itself from the refuted conveyor belt theory and the ERG22+ “extremism” risk factors that were once offered as justifications for the policy, before their “scientific” basis was condemned by 140 experts across the world off the back of a CAGE report exposing it as “pseudoscience”. [7] [8] [9]

Independent organisation PREVENT digest calls for Prevent to be suspended and reviewed, describing the “evidence” underlying it “…as flawed and racist as early attempts to classify criminals by head shape”. [11] It adds that Prevent stifles debate, as attested by the Home Affairs Select Committee. [12]

The United Nation special rapporteur on racism stated that, “The Prevent duty is inherently flawed, and expansion of a flawed program to cover more groups is by no means curative”. [13] This expresses that the targeting of Far-Right groups does not obfuscate the harm carried out by the Prevent strategy.

Figures published by the Home Office display an increase in Prevent referrals across the country, overwhelmingly targeting Muslims. 65% of the 7,631 referrals noted in the released figures refer to Muslims, despite being approximately 5% of the population. 56% of the total referrals were aged 20 or under, whilst a quarter of the referrals were of under-15s. Most of the referrals came from the Education sector, followed by the police. [14] [15]

Muslims comprise approximately 5% of the United Kingdom,[16] and less than 5% of the perpetrators of “successful and foiled” terror plots, [17] yet they are vastly overrepresented in the counter terrorism matrix—from Prevent referrals to Schedule 7 stops and searches to “terrorism” convictions. Not only does this lead to unjustified fear and panic from the broader population, but contributes to the alienation and disenfranchisement of many young or mentally vulnerable Muslims. [18]

This is one of the reasons that an increasing number of researchers and activists have been warning that Prevent is not just ineffective but actually counterproductive. A sense of alienation, disenfranchisement, experience of racist double standards, and so on, have long been significant empirically-determined causal factors involved in the likelihood of some people to be drawn into political violence and terrorism, emphatically not the non-violent beliefs and opinions—be they “radical” or not—that the Prevent programme has been focusing its attention on. [19]

[12] House of Commons. 2018a. Home Affairs Committee: Hate crime and its violent consequences.

[13] OCHCHR. 2018. End of Mission Statement of the Special Rapporteur on Contemporary Forms of Racism, Racial Discrimination, Xenophobia and Related Intolerance at the Conclusion of Her Mission to the United Kingdom of Great Britain and Northern Ireland. ONLINE: United Nations.

[16] According to the 2011 Census, Office for National Statistics.