What is the Condition of Your Heart? 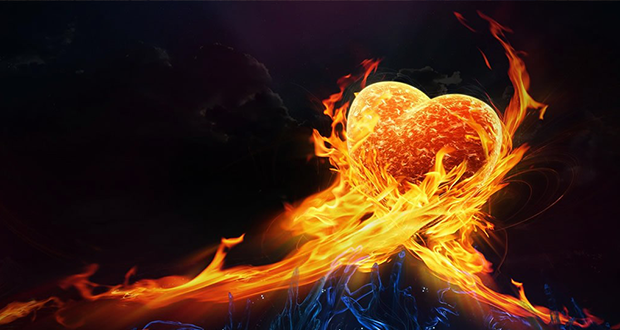 In a recent article, we considered some important aspects of what it means to be a “good” Muslim.[1] The main point raised was that when considering all of the good deeds that we seek to acquire in this temporary life, however active one may be in the field of da’wah, charity work or seeking knowledge, the key is to regularly practice, and increase in, private acts of worship. These are the acts which we can generally rely on to be safe from the attention of others and subsequently tarnished intention, and therefore these are most likely to be accepted.

It could be said, additionally, that being active in da’wah and/or spending time seeking Islamic knowledge should only naturally lead to an increased focus on private worship; as the effect of the former would be more awareness of the Greatness of Allāh, and thus if done for His sake alone, how could we possibly not strive to worship Him more?

Furthermore, readers were encouraged to assess themselves against a list of examples of such acts and build a plan to improve accordingly.

With that being said however, whilst we may be busily working towards implementing many of these, an important and ever-recurring risk needs to be mitigated – a diseased heart. There are many diseases which could afflict our hearts, and the basis of the aforementioned article was largely centred on just one of them, i.e., the corruption of sincerity.

Yet there are many others which we should be aware of and, once again, regularly evaluate our own hearts and seek to rectify them as a priority, for the heart either validates or invalidates outer actions, and most of the acts that will give us Jannah start from the heart. Equally, most of the acts that could lead us to the Hellfire also start from the heart.

The Arabic word for heart, qalb, takes its name from its constant changes (taqallub), reflecting its innate nature. The Prophet (sall Allāhu ʿalayhi wa sallam) once said about the heart: “It changes more than a pot of rapidly boiling water.”[3]

Thus let us first look at some of the diseases our hearts may suffer from, before assessing the positive attributes and actions we should aim to have.

Diseases of the Heart

“But as for those in whose heart is disease, it has [only] increased them in evil [in addition] to their evil. And they will have died while they are disbelievers”[4]

In this ayah, we learn that disease of the heart can lead to further disease, until it could eventually lead to complete disbelief, if not addressed and rectified in time. The journey towards destruction starts with heedlessness, before deteriorating to disease and then blindness, whereby we no longer see the right path. Ultimately, this may further develop to sealed, locked hearts and even becoming a soldier of Shaytān.

Conversely, there are many positive actions of the heart which can strengthen our imān and help us to be better slaves to Allāh; and achieving these should be the aim of every Muslim.

Let us assess the condition of our hearts, briefly considering some of the more common illnesses we are all susceptible to. Assess yourself against the below list, thinking deeply about whether any of these diseases are present in your heart in any size or form:

Once this exercise is complete, even if the results look positive, it should be repeated regularly to ensure that we are improving and rectifying our ailments, and not developing new ones. Even if we may not suffer from one of them at present, we know that Shaytān is constantly attempting to cause corruption, so we should never think we are untouchable in this regard.

Those who are Islamically active are perhaps most at risk of corruption of intention and pride / arrogance. But there are further hidden diseases such as, and not limited to, jealousy. Competing with others toward goodness should never result in the heart wishing for such goodness to be removed from anyone else. Additionally, even the most seemingly pious can be afflicted with any of these diseases.

By exerting effort on fixing these and striving to be foremost in the good deeds previously mentioned, by the Will of Allāh, perhaps we may be of those who Allāh mentions in Sūrah ash-Shu’arā, regarding the Day of Judgement:

“The Day when wealth or children will not benefit [anyone]. But only one who comes to Allāh with a sound heart. And Paradise will be brought near [that Day] to the righteous”[5]

Positive Attributes & Actions of the Heart

The opposite of the diseases listed above are the positive attributes we should seek to develop in our hearts. We will briefly discuss some of these, and again, we should assess ourselves regularly to ensure there is ongoing improvement towards obtaining these qualities, by the permission of Allāh:

1. Sincerity (Ikhlās); This is one of the most important aspects as it is the starting point of any act. The word itself refers to purity / clearness. Some say it is to single out Allāh alone in obedience to Him. It has also been defined as leaving showing off and to have pure actions despite the presence of others. Therefore, the sincere worshipper is concerned only with his relationship with his Lord even if it meant losing his status with the people. Additionally, he hates that the people would come to know about his private good deeds, and does not look for reciprocal benefits.

Sufyān al-Thawry said: “I have not struggled to cure anything more difficulty that my intention.”

2. Love for Allāh; The action of love which emanates from the heart is perhaps the most powerful emotion and state of the self; driving the servant towards its beloved. This love will ensure the slave remembers his Lord continuously and uses every possible means and nawāfil (supererogatory) acts to please Him. Furthermore, it is the base for all other actions; thus the slave will find contentment, patience and gratitude through his love for his Lord, and will find it easier to perform the obligatory duties and refrain from the forbidden. The highest level of love for Allāh will see the slave performing good deeds solely to please his Lord, rather than to avoid punishment or gain reward. To this slave, the reward is to please his Lord.

3. Pleasure in Allāh (Ridā) and Submission (Taslīm); Following on from having ikhlās and love for Allāh, a further level is to have a state of pleasure in Allāh and total submission to Him. It is from the highest form of patience, but unlike patience, it is sweet and tranquil and only experienced by the lofty and strong hearts. This state occurs when the slave is aware who his Lord is and his heart is engrossed with loving Him and finding comfort in His remembrance. He finds joy with His decree, submits to His commands, and is pleased with knowing that his Lord is better than himself at deciding his affairs, even if it is something he would normally dislike.

4. Fear (Khawf) and Veneration (Khashya); To fear causes one to flee from that which is feared, yet khashya causes one to come closer to the object of fear. Whoever fears something runs away from it, but whoever has khashya of Allāh runs towards Him.

5. Hope; This is a state of the heart which is characterised by a feeling of calmness and joy whilst waiting for that which is beloved to it. However this is only true hope if the slave has exerted his efforts, and these efforts are correct and what is required, in addition to relying on the Grace of Allāh. True hope is coupled with action, whereas false hope is coupled with laziness and sins.

6. Nobility and Generosity; Allāh loves nobility and grace from His righteous servants to their fellow man. These characteristics comprise many meanings, such as giving, self-sacrifice, and overlooking the faults of others. It also entails being patient and returning good for evil.

7. Reliance and Courage; Having a firm reliance is from among the most worthy and weighty attributes of a healthy heart. Ibn Qayyim mentions that “Reliance is half the religion and the other half is worship”. This is because a slave worships Allāh but also must ask Him and call on Him for his needs and for acceptance of his worship.

Tawakkul is a form of duʿā’, or perhaps even the strongest form of duʿā’. We make duʿā’ with our tongues, but sometimes the heart is not present. Tawakkul, on the other hand, is duʿā’ by the heart, especially in times of need. Some scholars said tawakkul is the strongest means to achieving anything.

8. Gratitude; Allāh has split the people into two types; those who are grateful, and those who are ungrateful. Because of this gratitude, He favours His righteous slaves with guidance and leaves the ingrates in misery. Giving thanks is being grateful to the One who gives blessings from His Generosity. Being truly thankful involves:

9. Asceticism (Zuhd); this is to leave that which has no benefit and to pre-occupy oneself with that which benefits. It does not simply mean to give up worldly affairs and luxuries, as the Prophet (sall Allāhu ʿalayhi wa sallam) said: “Allāh likes the mark of His Favour to be seen on His servant”. What one possesses of wealth, family and property, be it plenty or little, has little or no significance to such a heart. Rather, this heart is unattached to the affairs and pleasures of the world, so it is easy to use and sacrifice these for the service of Allāh.

Actions to Strengthen Our Hearts

We conclude with just some of the actions we can take to improve the condition of our hearts, inshāAllāh:

I ask Allāh to cure our hearts of disease and keep us free of such ailments, and to fill our hearts with sincerity, love for Him and the other positive attributes mentioned. Amīn.