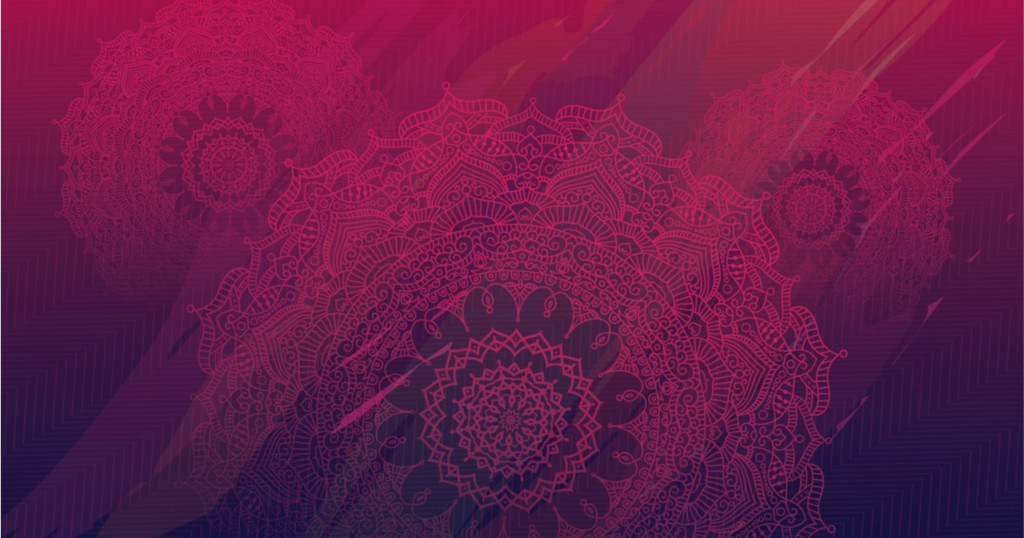 Lights. Camera. Action. For many little girls, growing up to be an actress in Bollywood is the dream. The glitz and the glamour, the award ceremonies, the outfits, the fame. One such girl whose dream came true was Zaira Wasim. Only three years ago, Zaira Wasim, aged 22, starred in Dangal which became the highest grossing Indian film ever and the highest earning non-English speaking film in history. [1]

Two days ago, Zaira Wasim shocked the Bollywood world and her 250,000 fans by announcing that she was returning to Allāh (subḥānahu wa taʿālā). In a heartfelt post on Facebook, the former Bollywood actress opened her heart to the world. The words which poured forth were seemingly filled with regret for her mistakes and showed true devotion to her Maker. Our sister explained how she struggled with her īmān (faith in Allāh) in a world filled with indecency and that whilst she may “fit here perfectly, she doesn’t belong here.” [2] These words perfectly echoed the sentiment of many youth who have turned their backs on a lifestyle of hedonism.  Our sister explained to us that despite the trappings of her fame and success, she only found contentment with the “words of Allāh.” [2] Despite the many Islamic courses and events we may attend, our sister, in just a simple sentence, showed us the real meaning of following words of her Merciful Lord:

“Verily, in the remembrance of Allāh do hearts find peace.” [3]

In Sister Zaira’s lengthy Facebook post, three themes jump out: regret; love of Allāh (subḥānahu wa taʿālā); and love of the Qurʼān. Before we explore each, let us look at the cost of sins.

We all commit sins occasionally. There is not a man or woman alive except that he or she has violated some of the laws of Allāh (subḥānahu wa taʿālā), but what He does not want from us is to persistently sin. The effect of insisting upon a sin turns a minor sin into a major one, and the cost of this could be losing out on barakah. So, what is barakah? It is when Divine benefit is placed in a matter so that the goodness from it grows beyond what was expected. For example, you can have two people earning the same amount, but one has a halal income, whereas the other does not. The latter may experience an unhappy household, whilst the former could have a loving, respectful family, with a house filled with laughter. What is the difference? Barakah.

The Loss of Angelic Supplications

When we are in difficulty, we often turn to people we consider are pious to make duʿāʾ for us – our parents, living scholars, and the like. But just imagine that the Angels, who were created for the sole purpose of worshipping Allāh (subḥānahu wa taʿālā), making duʿāʾ for you. And not just any Angels – those specific Angels who have the honour to carry the throne of Allāh (subḥānahu wa taʿālā) and say:

“Our Lord, You have encompassed all things in mercy and knowledge, so forgive those who have repented and followed Your way and protect them from the punishment of Hellfire.” [4]

The Cure for Sins: Tawbah

In the previous āyah, we also see the cure for our sins: tawbah.But what is tawbah? Tawbah is repentance and the essence of repentance is regret. It is a feeling in the heart of sorrow at falling short in obedience to Allāh (subḥānahu wa taʿālā). It is the cornerstone of a Muslim and an obligation:

“And turn to Allāh in repentance, all of you, O believers, that you might succeed.” [5]

The soft heart will see here the key to success, both in this life and the next, is sincere repentance. This is something our sister Zaira has clearly understood. A word here in regard to our youth: we need to challenge ourselves to communicate with them in a forum and language that engages them, to answer the questions they are really asking, and not the ones we want to answer. It is easy for us to remain in a pseudo-pious bubble, spouting quotations from third century scholars, but it is likely to fall on deaf ears, who are busy listening to the likes of Drake and Riri. Nor should we make our youth feel they have so many sins that there is no hope for them. After all, we all have sins, to varying degrees and of different types. The Prophet (sall Allāhu ʿalayhi wa sallam)  said:

“All of the children of Ādam are sinners, and the best of sinners are those who repent.” [6]

No doubt, the brave, public statement of the former Bollywood actress can be an excellent starting point to discuss priorities and goals in life with our youth. Let us not waste this opportunity.

From a sinner to another, it is easy to feel hopeless when you look at your pile of sins. Indeed, this is what Shayṭān wants from you – to despair at your sins. But, here you have perhaps made a bigger mistake than all of your sins combined. You have lost hope in the mercy of Allāh (subḥānahu wa taʿālā), when He has said in a ḥadīth Qudsī:

And, we should never feel like we are too far gone for Him:

Remind yourself about the magicians of the Pharoah. These were people who practiced black magic, so their sins must have been immense. Yet, when they saw the miracle of Mūsā (ʿalayhi al-Salām), Allāh (subḥānahu wa taʿālā) opened their hearts to the truth, and they fell into prostration and said:

“Our Lord! Pour out upon us patience, and cause us to die in submission.” [9]

Imagine, if BBC News reported that we had finally made contact with alien life and their message to us would be aired at 2am. The whole world would stay up for the broadcast. However, what is placed on our shelves is a message that is out of this world. It is not from the created, but from the Creator of everything. And to Allāh (subḥānahu wa taʿālā) belongs the best of examples.

We do not do justice to the Qurʼān because we have not appreciated who Allāh (subḥānahu wa taʿālā) is. Not that endeavour could ever be completed, but He has revealed many of His names and attributes in the Qurʼān for us to learn about Him. He chose to reveal these details about Him, possibly because as humans, we can relate to these attributes to some degree.

How do we understand Allāh (subḥānahu wa taʿālā)’s mercy? We could start by looking at the mercy we have experienced in our own lives. We could reflect on the mercy that our mothers have shown us; their sacrifice of sleep and health for our well-being. Then, we could add to this the hadith of the Prophet (sall Allāhu ʿalayhi wa sallam)when speaking of a woman who had thought she lost her child, but when she found him gave him a loving embrace. The Prophet (sall Allāhu ʿalayhi wa sallam) turned to his companions and asked:

“’Do you think that this woman would throw her child in the fire?’

The Messenger of Allāh (sall Allāhu ʿalayhi wa sallam) said, ‘Allāh is more merciful to His slaves than this woman is to her child.’” [11]

How about Allāh (subḥānahu wa taʿālā)’s name, al-ʿĀlim; the One who knows everything? Pause for a moment. What a statement. What an attribute: to know….everything. Subḥān Allāh! How perfect Allāh (subḥānahu wa taʿālā) is. So let us take a second and then consider what happens in London during that small unit of time. Why stop there? Let us widen it out to the UK and even to the world, but only in that one second. He knows what happens within that unit of time everywhere. He knows what you were doing and what I was doing. He knows about the number of raindrops, the movement protons and electrons, the speed of rotation of planets, the rate of expansion of the Universe, the chemical processes within our bodies, the leaves falling from the trees, and even whathappens in the deepest and darkest of oceans. It is nothing short of mindboggling to start to try to appreciate how much Allāh (subḥānahu wa taʿālā) knows in just that one second, let alone everything in the past, present, and future. He is beyond amazing. Beyond words. Allāh (subḥānahu wa taʿālā) is beyond any appreciation of Him by us mere mortals.

Thus, getting to know Allāh (subḥānahu wa taʿālā) and developing a relationship with the Qurʼān go hand in hand. It is from the Qurʼān, its recitation and its reflection, we can learn about Him. So, let us say we are going through some financial difficulties; we can read the passages in the Qurʼān that teach us that He is al-Razzāq, the Provider. This name of Allāh (subḥānahu wa taʿālā) then becomes more than a sterile, academic endeavour of memorisation, and it becomes an organic, tangible experience. So, when we call out to Him using this name, the value in our duʿāʾ is so much more. It becomes a cry from the depth of our soul which reaches beyond the highest skies. In the final analysis, what is life but a journey to our Lord, and what an excellent voyage it would be, if during which, we can forge a relationship with Him such that:

“My servant draws not near to Me with anything more loved by Me than the religious duties I have enjoined upon him, and My servant continues to draw near to Me with supererogatory works so that I shall love him. When I love him, I am his hearing with which he hears, his seeing with which he sees, his hand with which he strikes and his foot with which he walks. Were he to ask [something] of Me, I would surely give it to him, and were he to ask Me for refuge, I would surely grant him it. I do not hesitate about anything as much as I hesitate about [seizing] the soul of My faithful servant: he hates death and I hate hurting him.” [12]

Our sister is not the first ‘celebrity’ to turn her back on fame and fortune. Sinead O’Connor, who has taken the name of Shuhada’ recently embraced Islām. Other notable ‘celebrity’ reverts include the singer-songwriter Cat Stevens, now known as Yusuf Islam, Rapper Ice Cube, who reverted to Islām in the 1990s, and Mos Def, who said:

“You’re either devoted to your job, or to your desires. So the best way to spend your life is to try to be devoted to prayer, to Allah.” [13]

Furthermore, we cannot forget comedian David Chappelle, who became Muslim in 1998 and said:

“I don’t normally talk about my religion publicly because I don’t want people to associate me and my flaws with this beautiful thing.” [14]

Neither can we forget former professional footballer Emmanuel Adebayo, nor of course, rugby union star Sonny Bill Williams, who said:

“It’s giving me happiness. It’s made me become content as a man and helped me to grow. I’ve just got faith in it and it has definitely helped me become the man I am today.” [15]

We are living in an age where fame is craved for and celebrities are worshipped. However, perhaps what all these ‘celebrities’ realised is that despite being in a crowd of adoring people, you can still feel all alone, except when you understand and surrender to the undeniable truth that your soul yearns to know: its Creator.

“Has the time not come for those who believe that their hearts should become humble, submissive at the remembrance of Allāh and what has come down of the truth?” [16]