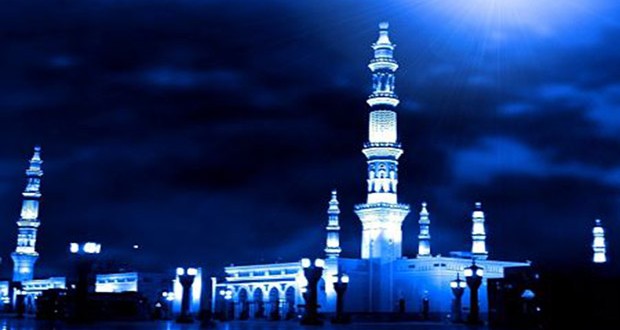 All praise and thanks are due to Allāh, Creator of the heavens and the earth, and light and darkness, gatherer of mankind for the final judgment so that the righteous may attain success and the wretched may attain misery. I testify that none has the right to be worshipped save Allāh, the One who has no partner, a testification given such that the person who says it may attain bliss on the Day of Judgment. Peace and blessings be upon the master of the Messengers and Prophets, Muhammad, his family and his noble Companions.

This is a brief treatise dealing with various aspects of the life of our master and Prophet, the Chosen One, Muhammad (SAW), no Muslim should be unaware of these. May Allāh cause us to benefit through it and all those who read it and hear it.

This was the lineage mentioned by Muhammad ibn Ishāq ibn Yasār al-Madanī. The lineage up to the point of `Adnān is agreed upon as being authentic, after this there is a difference of opinion. The Quraysh are the children of Fihr ibn Mālik and it is postulated, Nadr ibn Kinānah.

The death of his father, mother and grandfather

His father, `Abdullāh ibn `Abdu’l-Muţţalib, died when he was twenty eight-months old; some said he was seven months old and others said he died in Dār al-Nābighah while his mother was yet pregnant with him. It is also said that he died at al-Abwā’ which falls between Mecca and Madīnah.

He (SAW) was fostered, along with Hamzah ibn `Abdu’l-Muţţalib and Abū Salamah `Abdullāh ibn `Abdu’l-Asad al-Makhzūmī, by Thuwaybah the slave of Abu Jahl, with the milk that came on account of her son, Masrūh.

Jubayr ibn Muţ`im reports that the Messenger of Allāh (SAW) said, “I am Muhammad and I am Ahmad. I am al-Māhī (the Effacer) through whom Allāh will efface disbelief and I am al-Hashir (the Gatherer) at whose feet man will be resurrected. I am al-`Āqib (the Last) after whom there will be no Prophet.” The hadīth is ‘ahīh and agreed upon.[4]

Abū Mūsā `Abdullāh ibn Qays reported, ‘The Messenger of Allāh (SAW) mentioned his names to us, some of which we have remembered. He said, “I am Muhammad and I am Ahmad. I am al-Muqaffī (the Tracker), Nabī al-Tawbah (the Prophet of Repentance) and Nabī al-Rahmah (the Prophet of Mercy)” and in another version, “Nabī al-Malhamah (the Prophet of Slaughter).” It is ‘ahīh and recorded by Muslim.[5]

Jābir ibn `Abdullāh reports that the Messenger of Allāh (SAW) said, “I am Muhammad and I am Ahmad. I am al-Hāshir and I am al-Māhī through whom Allāh would efface disbelief. On the Day of Rising the banner of praise will be with me and I will be the Imām of the Messengers and the one who will intercede for them.”[6]

In His Book, Allāh, Mighty and Magnificent, called him ‘a giver of glad tidings’, ‘a warner’, ‘gentle’, ‘merciful’ and ‘a mercy to the worlds’.

His upbringing in Mecca, his journey to Syria and his marriage to Khadījah

The Messenger of Allāh (SAW) grew up an orphan in Mecca under the care of his grandfather, `Abdu’l-Muţţalib, and after his death, his uncle Abū Tālib. Allāh, Most High, purified him from the filth of Jāhiliyyah, from every lowly quality and graced him with every lofty trait to the extent that he was known by his people as al-Amīn because of his sincerity, trustworthiness, truthfulness and purity.

At the age of twelve he left on a journey with his uncle, Abū Ţālib, to Syria. When they arrived at Bu’rah he came to the attention of the monk, Bahīrah, who recognised him from his features and characteristics. He came, took him by his hand and said, ‘This is the master of the worlds, the Messenger of the Lord of the worlds, he has been sent as a mercy to the worlds.’ When he was asked how he knew this, he replied, ‘When you came down from the mountain path, there was not a single rock or tree except that it fell prostrate and they only prostrate to a Prophet; we find him mentioned in our books.’ He then asked Abū Ţālib to take him back for fear of the Jews.[7]

He also left a second time for the market of Buşrah, this time with Maysirah, the slave of Khadījah (RA), in order to trade on her behalf before their marriage. At the age of twenty-five he married Khadījah (AS).

At the age of forty, Allāh honoured him with His grace and commissioned him to convey His message.[8] Jibrīl (AS) came to him while he was in the cave of Hirā, a mountain in Mecca. He then remained in Mecca for thirteen years, some say fifteen years and others ten, but the correct opinion is the first. While in Mecca, he would pray towards Bayt al-Maqdis but would never set his back towards the Ka`bah, always praying with it in front of him. When in Madīnah he also prayed towards Bayt al-Maqdis for the first seventeen or sixteen months.

After the stay in Mecca, he migrated to Madīnah, being accompanied by Abū Bakr al-Şiddīq (RA) and his freed-slave, `Āmir ibn Fuhayrah. Their guide was `Abdullāh ibn al-Urayqiţ al-Laythī, a disbeliever and it is not known that he accepted Islām. He remained in Madīnah for ten years.

He was washed by `Alī ibn Abū Ţālib; his uncle, al-`Abbās; al-Fadl ibn al-`Abbās; Qutham ibn al-`Abbās; Usāmah ibn Zayd and Shuqrān. Aws ibn Khawlā al-Anşārī was also present. He was wrapped in three white sheets from Sahūl, Yemen, none of which was a shirt or turban. The people then entered in groups, [praying the funeral prayer], with none of them leading.[13] A cloth of red velvet was placed in the grave under him (SAW)[14] and al-`Abbās, `Alī, al-Fadl, Qutham and Shuqrān entered the grave and constructed nine sun dried bricks over him. He was buried in the place in which he died, around the area of his bed, in his house, the house of `Ā’ishah, then Abū Bakr (RA), then `Umar (RA) were buried alongside him.

He (SAW) had three sons:

It is also said that he had a son who he called `Abdu’l-`Uzzah, but Allāh purified him and protected him from such things.[15]

There is no difference that he had four daughters, and he had three sons according to the correct opinion.

al-Qāsim was the first to be born to him followed by Zaynab, Ruqayyah, Fāţimah, Umm Kulthūm. Then in the time of Islām, `Abdullāh and Ibrāhīm in Madīnah. All of his children were from Khadījah save Ibrāhīm who was from Mary the Copt. All of his children died before him save Fāţimah who lived six months after him.

Previous: Linking Repentance to the Need for Allah
Next: Exhortation To Myself 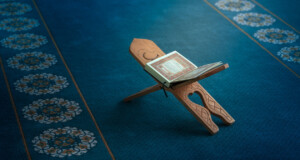