The Religion is Ease 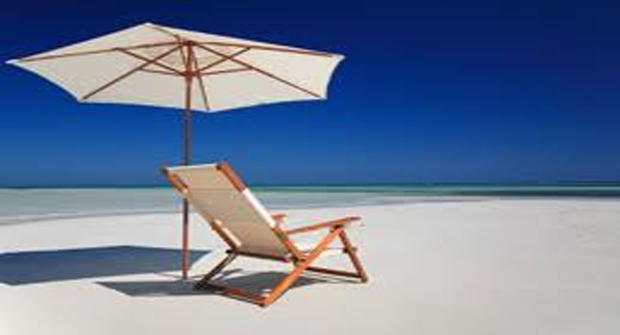 Abu Hurayrah (May Allah be pleased with him) reported that the Prophet (May the Peace and Blessings of Allah be upon him), said, “Indeed this religion is easy. None of you overburdens himself in the religion except that it overcomes him. So aim for what is right, do the best you can, and rejoice. Seek help [to reach your goal by being constant in worshipping] in the morning, evening and some of the night.“[1]

The religion of Allah is one of ease and simplicity whereby Allah the Most Kind wishes for His slaves goodness both in this world and the next. As the Prophet (May the Peace and Blessings of Allah be upon him) mentioned,

And as Allah the Most High says,

‘Allah does not want to place you in difficulty, but He wants to purify you and to complete His favour to you that you may be thankful’[3]

Allah out of His Mercy has lifted the hardships of the previous religions whereby repentance was through killing oneself, impurities on clothes could not be purified and other such matters, thereby making Islam practical and easy upon its followers. The obligations of the religion are made comfortable and achievable for all, such as the prayers, only five, spread out throughout the day, yet amounting to the reward of fifty. The charity, only two and a half percent of the surplus wealth is required, which furthermore doesn’t even decrease the wealth. As for the fasting it is obligated for only one month in the year, from dawn to dusk, with concessions for the ill and travellers. Even the hajj is only for those able to make the journey, with concessions for those unable to fulfil certain rites.

‘Indeed you will not attain this matter (Islam) with exaggeration, and the best of your religion is ease.’[4]

Therefore we are forbidden from such severity and intensity in the religion whereby the person burdens himself in worship with that, which he cannot bear except with severe trouble, hence the hadeeth,

‘Burden yourselves with actions that you can bear.’[5]

Here we should note that the intent is not to discourage striving and seeking perfection in worship, for that is praiseworthy and encouraged, but rather the discouragement is from excessiveness and exaggeration which will lead to boredom, weariness and eventually abandonment of the act of worship. This is perfectly illustrated in the verse,

And strive hard in Allah’s Cause as you ought to strive. He has chosen you, and has not laid upon you in religion any hardship…[6]

The Prophet (May the Peace and Blessings of Allah be upon him) then outlines how to achieve our goal in life. We are told “aim for what is right, do the best you can”, an order to aim for and pursue that which is correct and ordained, in moderation without exaggeration or negligence, and if we are unable to achieve the intended aims, then to get as close as we can, for Allah says,

We are then given glad tidings to rejoice at the reward for our good deeds carried out, even if they are small but constant, and even in falling short of our goals, we can rejoice in the reward for our efforts. Such was the Prophet (May the Peace and Blessings of Allah be upon him) that he would often give the companions (May Allah be pleased with them) optimism through glad tidings and reasons to rejoice, rather than constant chastisement. As such we should know that while instilling fear of Allah and the consequences of our actions is required, we should not neglect the encouragement for hope in the mercy of Allah and His reward.

In achieving the desired goal and ultimate success we are told to seek aid through worship in the morning, evening and part of the night. The language used in this and other versions of the hadeeth indicates a comparison to a traveller for whom undertaking his journey in these times of ease, alertness and vitality aid him in reaching his destination, the Pleasure of Allah and His Paradise. So whoever proceeds to Allah with righteous actions, especially in these specific times where the heart is free and alert, along with moderation and constancy, will reach his goal. While one who overburdens himself, will be overcome, failing to reach his destination.

Therefore in conclusion we gain from this wonderful hadeeth full of wisdom and guidance, many benefits. From them, that the religion is easy, despite what some may see as overwhelming obligations, after exerting effort and the help of Allah, one finds ease, contentment and happiness in worship. Similarly the rulings in Islam favour ease, thus when one encounters particular hardship, concessions are made to make things easier. Also ease in character and dealings is ordained whereby gentleness and ease is favoured over harshness and difficulty.

As such we are told to utilise the blessing of ease in this religion and pace ourselves, whilst striving hard within our capabilities through the worship of Allah. By doing so we can hope to achieve the ultimate goal, an irresistible invitation from the Lord of the Worlds,

‘Come back to your Lord well-pleased and well-pleasing (unto Him). Enter among My slaves. And enter My Paradise.’[9]