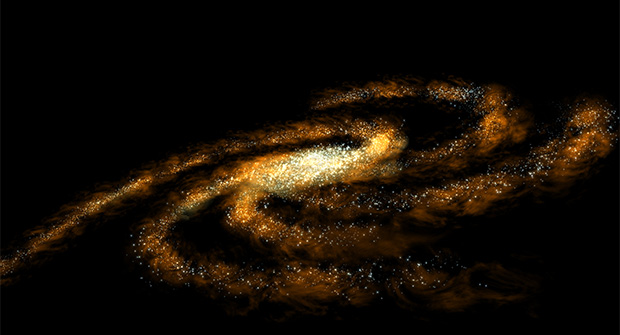 ‘Oh Allāh! You are al-Awwal, for there is nothing before You’. This is the perfect way of ascribing eternity to Allāh, as it is how Allāh Himself asserted it.

He is Eternal without a beginning, Everlasting without an end.

The author gives another description of Allāh: ‘He is Eternal and Everlasting’; just as He Himself said: ‘He is al-Awwal (the First) and al-Ākhir (the Last)’[1]

Allāh, Exalted is He, is the One who created time, and thus time does not encompass Him. Allāh preceded time, and moreover He will be present for all eternity, without an end.

Time itself is a creation of Allāh and Allāh is the first, before whom there was no creation; nor is there time after Him. This is what the author intended by the word qadīm, that there is no point in time after which He came into existence. Allāh is the First, both in terms of His Divine Essence (dhāt) and His Attributes (ṣifāt). We do not say, as the scholars of speculative theology (mutakallimūn) say, that at some point in time Allāh began creating; before that there was no creation, and after a certain point in the future Allāh will cease to create. Rather Allah creates as and when He pleases, for He is: ‘the Doer of whatever He Wills’;[3] whenever He wills.

Qadīm: It is a relative term used to express that something comes before another thing. In the Arabic language it can refer to the moon of the twenty-ninth day, were the moon of the first day is said to be “hadith” (new moon). This meaning cannot be attributed to Allah as it implies something could have come before Allāh. The word qadīm is thus deficient in describing Allah, Exalted is He.

Allāh is the Creator of all; the sound reasoning necessitates that He be the first. What we find in the Qur’ān is the word: al-Awwal (the First), with the Prophet SAW himself supplicated to Allāh by this name: ‘Oh Allāh! You are al-Awwal, for there is nothing before You’. This is the perfect way of ascribing eternity to Allāh, as it is how Allāh Himself asserted it. It is superior to qadīm as it implies not only that He is before all else, but also that whatever comes after Him is in need of Him.

Notes: Note; Sheikh Haitham al-Haddad’s explanation of al-Aqeedah al-Tahawiyyah will soon be published as a hardback book. Islam21c have exclusive rights to share extracts from the book for its readers, and will be posting certain sections of the book on a weekly basis. The book: al-Aqeedah al-Tahawiyyah, is a short text outlining the aqeedah of Ahl al-Sunnah in short statements. Each extract posted is a complete explanation of any one of those statements. Edited by Asim Khan

Share. Facebook Twitter LinkedIn Email Telegram WhatsApp
Previous ArticleCondolences to Shaikh Zahir Mahmood and His Family
Next Article Al-Tahwiyyah: Pt 6- The Mighty does not perish or pass away