Are you ready for our first ever NATIONAL CAMPAIGN?
Home / Opinion / Al-Tahwiyyah: Pt1 Tawhid & its Dimensions 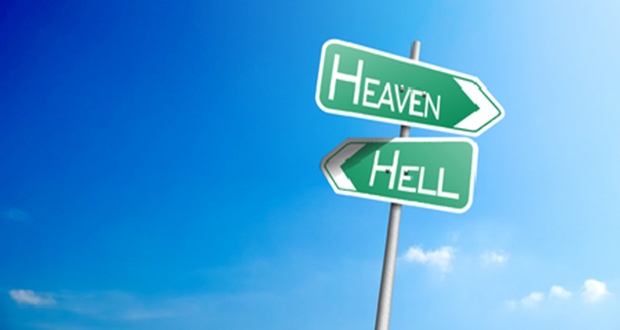 Note; Sheikh Haitham al-Haddad’s explanation of al-Aqeedah al-Tahawiyyah will soon be published as a hardback book. Islam21c have exclusive rights to share extracts from the book for its readers, and will be posting certain sections of the book on a weekly basis. The book: al-Aqeedah al-Tahawiyyah, is a short text outlining the aqeedah of Ahl al-Sunnah in short statements. Each extract posted is a complete explanation of any one of those statements. Edited by Asim Khan

We say about the Unity of Allāh – with Allāh’s help – that Allāh is one, without any partners.

Allāh is the Creator, Sustainer, and Owner of the universe. The beauty in the creation around us all points to the Mastery of Allah as the Creator of all. The passing of seasons, the cycle of rainfall, and the harmony within the ecosystems all profess that He is taking care to sustain them: ‘Surely, His is the Creation and Commandment. Blessed be Allah, the Lord of the Worlds ’[1].  The certainty with which Allah states this, indicates that every human has the sense of reason to appreciate and acknowledge the Lordship Allah has over him and all that exists.
The Creator is One, and establishing His Oneness in its fullest capacity is known in Arabic as “tawhīd”. Striving to establish Allah’s Oneness (tawhīd) goes to the very heart of our existence; it is the reason why Allah created us, and the meaning behind life itself as Allah has said: ‘I have not created jinn nor mankind, except to worship Me’ [2] . This is man’s ultimate goal: to enslave himself to the One, to obey His Command, and Submit to Him in all spheres of life. So worshiping Allah comprises of all these dimensions And The reward of this strive is nothing less than Paradise itself.
Knowing the importance of establishing Allah’s Oneness in one’s life helps a person appreciate the abominable nature of asserting divinity to others beneath Allah (shirk). The Companion Jabir b. Abdullah RA said that a Bedouin came to the Prophet SAW and asked him, “O Messenger of Allah, what are the two imperatives which lead to Paradise or Hell?”. He replied, “He who dies without associating anything with Allah will enter Jannah, and he who dies associating partners with Allah will enter the Fire”. Moreover, the Qur’ān states explicitly that paradise is prohibited for the one who takes others as gods beneath Allah: ‘Verily, whosoever sets up partners in worship with Allah, then Allah has forbidden Paradise for him, and the Fire will be his abode.’ [3]  So the sheer heinousness of the sin dictates that the person never be forgiven: ‘Allah does not forgive anything being associated with Him but He forgives whoever He wills for anything other than that. Anyone who associates something with Allah has committed a terrible crime.’ [4]
Allah does not accept that any of his creation worships others beneath Him or in partnership with Him. There is therefore, no success in this life or the next without establishing the Oneness (tawhīd) of Allāh in one’s life in the manner that Allāh wanted us to establish it.
The complete manner in which the Oneness of Allah is to be established is by adhering to the religion of Islām: ‘Truly, the religion with Allāh is Islām’[5],  where Islām literally means submission. The Prophet SAW taught mankind how to submit themselves to Allah and this is why the religion is called Islām.

THE CALL OF EVERY PROPHET
ONENESS of Allāh (tawhīd) has been the core message of every Prophet that has been sent: ‘And verily, we have sent among every nation (ummah) a Messenger (proclaiming): “Worship Allāh (Alone), and avoid (or keep away from) Tāghūt (all false deities).” Then of them were some whom Allāh guided and of them were some upon whom the straying was justified. So travel through the land and see what was the end of those who denied (the truth).’ [6]  Similarly, Allāh said: ‘And We did not send any Messenger before you (O Muhammad) but We revealed to him (saying): “Lā ilāha illa Ana [none has the right to be worshipped but I], so worship Me.” [7]  Even if one reads the stories of the Prophets as related in the Qur’ān in isolation, they would find that the call of everyone them focused heavily on the Oneness of Allah (tawhid).
REALITY OF TAWHĪD
Islam calls to the absolute Oneness of Allāh (tawhid). No act of worship or devotion has any meaning or value before Allah if this concept is compromised. For this reason it is mandatory to understand it fully and appreciate the reality of its meaning.
The Qur’ān calls to the Oneness of Allah (tawhid) in many different ways. The theologians have analysed this call comprehensively and found it to be broadly consisting of three dimensions:
1. Establishing the Oneness of Allāh in His Lordship (al-tawhid al-rubūbiyyah)
2. Devotion of All Acts of Worship to Allāh Alone (al-tawhid al-ulūhiyyah)
3. Establishing the Oneness of Allāh in His Names and Attributes (al-tawhid al-asmā wa sifāt)
It is when these three dimensions transpire fully, that a person becomes a true believer in Allah and establishes His Oneness.
Some other theologians, namely from the Ash‘arite school of thought, have another approach in defining what the Oneness of Allah (tawhid) means and identifying its dimensions. This however, still leads to the understanding as stated here, either explicitly or implicitly. In fact, all Sunni Muslims agree that establishing the Oneness of Allah revolves around His Lordship, Devoting oneself to Him, and maintaining His Oneness in terms of His Names and Attributes.
These three dimensions can be elaborated upon as follows:
THE ONENESS OF ALLĀH IN HIS LORDSHIP
Oneness of Allāh in His Lordship means that Allāh has complete mastery over the universe in every way. He alone is the Creator of all things. No one shares in His dominion and none can resist His decree.
This concept is one that most people would agree with. Most people recognize that the Creator of the universe is One, without any partners. This is something that Allah created, as part of the human nature (fitrah), that is that every single person is born inclining towards the belief that out there, is a Supreme Being who created everything that exists. Allah stated as such when relating the story of Ādam, the father of all mankind; He said: ‘And remember when your Lord took out all their descendants from the loins of the children of Adam and made them testify against themselves ‘Am I not your Lord?’ they said, ‘We testify that indeed You are!’ Lest you say on the Day of Rising, ‘We knew nothing of this.’’ [8] The covenant left a deep impression on man and it is something that remains with him throughout his life. The Prophet SAW said: ‘Every new-born is born with a moral compass (fitrah)’,  and it is with this moral compass (fitrah) [9] that he knows that none of the creation came  into existence without a Creator.
The Quraysh of Makkah, stooped in idol-worship, still affirmed this dimension of Allah’s Oneness (tawhid) even before the advent of the Prophet SAW. They believed that Allah is the Lord of the worlds, the sender of rain, and the ultimate sustainer of all that exists. This is something that Allah stated in clear terms in the Qur’ān. He said to the Prophet SAW: ‘If you asked them, ‘Who created the heavens and the earth?’ they would say, ‘Allah!’ [10]  And again He said to him: ‘If you ask them, ‘Who sends down water from the sky, bringing the earth back to life again after it was dead?’ they will say, ‘Allah.’ [11]
A question thus arises, if merely believing in Allah as the One and Only Lord of all was something that the Quraysh of Makkah already affirmed, why then did Allah send the Prophet SAW? That is to say, if testifying that there is no god out there except Allah was the message of the Prophet, and all Prophets for that matter, what was the need to send him? The response is that this is not establishing the Oneness of Allah in its entirety. There must be some other dimensions that were missing, compromised, or corrupted.