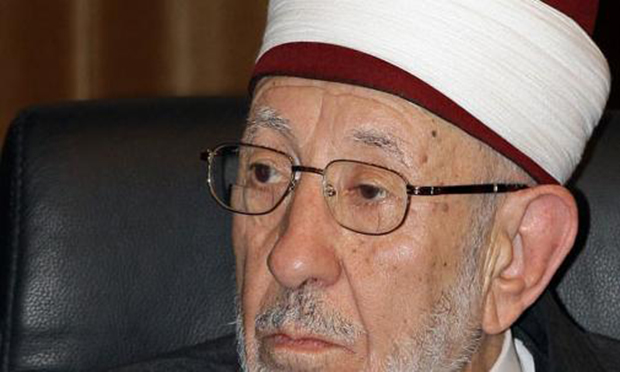 In the name of Allah the most gracious the most merciful,

Allah the most high says:

“Everyone shall taste death. And only on the Day of Resurrection shall you be paid your wages in full…”[1]

Following the news of the Masjid Al Iman attack that occurred in the evening of the 21st of March 2013, claiming the life of Mohammad Saeed Ramadan Al-Bouti and a number of his students, the Association of Syrian Scholars maintains the following stance:
With our condemnation to the stance of Al-Bouti towards the Syrian revolution and his support of the wicked regime, justifying its criminality against its citizens we:
-Denounce the targeting of mosques, the people of knowledge and all civilians while disassociating the Mujahedeen, who are resiliently defending Islam, blood and honour from carrying out such actions.
-Affirm that this action was carried out by the Assad regime that has become accustomed to targeting scholars and notable personalities, after having expended its requirement of them or for fear of their diminishing support. In succession the Syrian regime has assassinated an individual supportive of the regime, namely Al-Bouti and a scholar in its opposition, namely Sheikh Riad Al-Saab, by this attempting to cause dissension and divide in Syria.
For these reasons we appeal to the Muslims to keep away from discord and division. Al-Bouti has returned to Allah, the most just and the most wise while the regime continues in its barbarianism and tyranny. It is our duty to remain vigilant of the regime’s tricks and deceptions, turning to our trustworthy scholars to preserve the unity of the people of Syria and the Muslims worldwide.