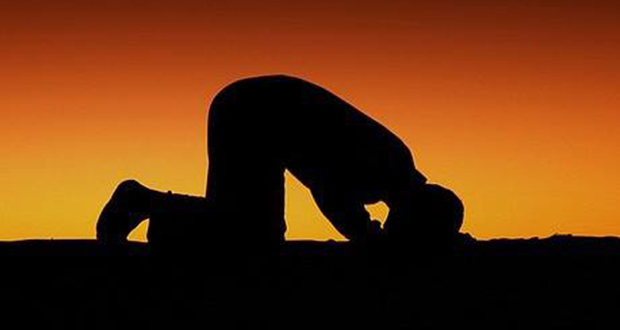 The problem of relapsing in faith, whether due to weak commitment or ideological reasons, is a phenomenon that has existed throughout time in all faiths and traditions. Sadly, this is also a reality for Muslims as well.  Hence, we find in the Qur’ān a number of places where Allāh (subhānahu wa ta’ālā) warns the believers from falling into such circumstances:

“And of the people is he who worships Allāh on an edge. If he is touched by good, he is reassured by it; but if he is struck by trial, he turns on his face [to the other direction]. He has lost [this] world and the Hereafter. That is what is the manifest loss.”  [1]

“Indeed, those who reverted back [to disbelief] after guidance had become clear to them – Satan enticed them and prolonged hope for them.” [2]

The Prophet (sallAllāhu ‘alayhi wasallam) taught his ummah a supplication which highlights the reality of this matter: “O turner of hearts, make my heart firm upon your religion.” The companions then said: “O Messenger of Allāh (subhānahu wa ta’ālā), we have believed in you and that which you came with, so do you still fear for us? He (sallAllāhu ‘alayhi wasallam) replied: “Yes, indeed the hearts are between the two fingers of the fingers of Allāh, He turns them whichever way he wills.”[3]

The unfortunate reality that we find ourselves in is that many amongst the ‘practicing’ community often feel safe with their state of religion and feel secured that misguidance will never approach and overwhelm them. This is a very dangerous situation to be in since it indicates that the person relies solely on his own abilities and competence to remain upon guidance whereas in reality it lies in the hands of Allāh (subhānahu wa ta’ālā). It is for this reason the Prophet (sallAllāhu ‘alayhi wasallam) used to also make the supplication ‘Allāhumma innī a’ūthūbika… min al-ḥawr ba’dal-kawr (O Allāh I seek refuge in you from al-ḥawr after al-kawr). Al-Tirmidhi explained the phrase to mean: “to return from īmān to kufr, or from obedience to sin, or it generally means to return back to something evil.”[4]

In a profound statement, ‘Abdullāh bin Mubārak (rahimahullāh) said: “The people of deep insight do not feel safe from five matters:

“And if We had not strengthened you, you would have almost inclined to them a little. Then [if you had], We would have made you taste double [punishment in] life and double [after] death. Then you would not find for yourself against Us a helper.” [6]

Sheikh Ibn Bāz (rahimahullāh) was once asked about a person who was known for steadfastness and piety but then suddenly changed his ways and became distant from the religion. The sheikh commented by saying: “This usually occurs when a person does not thank Allāh (subhānahu wa ta’ālā) for steadfastness or does not seek refuge in Allāh (subhānahu wa ta’ālā) from going astray.”

It is because of this that a person should never feel complacent with his level of steadfastness and adherence to the religion since a person can lose both in a sudden short period of time by the will of Allāh (subhānahu wa ta’ālā). This does not mean though that a person is like a feather that blows away in the wind such that it has no say in what direction it is blown. In fact, Allāh (subhānahu wa ta’ālā) guides people based upon his infinite knowledge of the state of the person and how they were worthy of guidance. He (subhānahu wa ta’ālā) is also aware of the hidden depths of our hearts and what they contain and therefore can prevent guidance from reaching a person’s heart due to the sickness it contains and due to the sins that tarnished the heart. This is reinforced by the ḥadīth of the Prophet (sallAllāhu ‘alayhi wasallam):

In one version it states: “One of you performs the actions of the people of Paradise according to what people see…”[8] The scholars noted though that this sudden change does not occur suddenly without any influence from the person himself. Ibn Rajab said commentating upon the version of the ḥadīth that mentions ‘according to what people see…’: “This alludes to the fact that a person’s inward state can be contrary to one’s outward state and that an evil ending could be due to a hidden, scheming trait in a person that people are completely unaware of. This trait could be due to hidden evil deeds that the person does which therefore necessitates that the person dies upon sin. Likewise, it could be that a person does the actions of the people of Hellfire yet in his heart he has a hidden righteous trait which could become very apparent towards the end of his life and therefore dies upon righteousness.”[9]

Mālik bin Dīnār (rahimahullāh) used to stay awake at night and say: “O my Lord, you already know who will inhabit Paradise and who will inhabit the Hellfire, so which abode will I reside in?”

Also, Sufyān al-Thawrī once said to a gathering of righteous people: “Has the knowledge of Allāh (subhānahu wa ta’ālā) about you ever made you cry?” A person responded by saying: “Because of what you have said, I do not think I can ever be happy again.” Sufyān was also found on many occasions crying and saying: “I fear that my name is written in the Sacred Tablet to be amongst the disgraced! I fear that faith will be taken away from me at the time of death!”[10]

Al-Ḥasan al-Baṣrī said: “No one fears hypocrisy except a believer and no one feels safe from it except a hypocrite himself.”[11]

An important point that needs to be made though is that the reality of intikās is not limited to those who were once adherent to the faith and then chose to lead another way of life altogether, but it also applies to those who turned their backs on the principles they once stood for and then decided to go back on those very principles in the name of the religion itself! There were those in the community who once stood for the unity of the ummah and even called for the establishment of an Islamic state but then turned back on such goals as they were “unislamic”. Others declared that their adherence to the religion was based on “medieval and literalist” understandings which ignored the “spirit” of the text and so began to embark upon projects to undermine and outcast orthodoxy in the name of religion! This intellectual or ideological form of intikās is more dangerous in many cases since such individuals still speak in the name of Islām, whereas others would simply live their new way of life without openly speaking about their faith.

“And whoever opposes the Messenger after guidance has become clear to him and follows other than the way of the believers – We will give him what he has taken and drive him into Hell, and evil it is as a destination.”[13]

The Prophet (sallAllāhu ‘alayhi wasallam) also said on many occasions: “Adhere to the Jamā’ah (i.e. the way of the companions and those who followed their way)”.[14]

Based on the above it is very important that we consciously strive to be a part of the jamā’ah and not delve into strange and obscure views that oppose the views of the overwhelming majority of the early generations. It is a common trend amongst people who end up issuing strange opinions that they either reject the authority of consensus or that they cast a lot of doubt upon it, which then instils within them the audacity and boldness to challenge views that have been adopted by scholars for many centuries. As for the saying of Ibn Mas’ūd: “The jamā’ah is that which agrees with the truth even if you are alone in that” then this was explained by Nu’aym bin Ḥammād, the teacher of Imām al-Bukhāri: “if the jamā’ah becomes corrupt then it is upon you to adhere to what the jamā’ah was initially upon before it became corrupted, even if you are by yourself. In such a situation you will be the jamā’ah.”[15]

Without a shadow of a doubt, being steadfast upon worshipping Allāh (subhānahu wa ta’ālā) is key to remaining upon the truth. One’s steadfastness is constantly challenged by luring temptations which are usually worldly in nature and it is for this reason that there is great emphasis in the Qur’ān that we should not be deceived by the worldly life. It is interesting to note that chapter 63 of the Qur’ān (Sūrah al-Munāfiqūn), which is dedicated to expounding the traits of the hypocrites and their attitudes, ends by exhorting the believers not to be distracted by their wealth and children:

“O you who have believed, let not your wealth and your children divert you from remembrance of Allāh. And whoever does that – then those are the losers. And spend [in the way of Allāh] from what We have provided you before death approaches one of you and he says, “My Lord, if only You would delay me for a brief term so I would give charity and be among the righteous.” But never will Allāh delay a soul when its time has come. And Allāh is Acquainted with what you do.”[16]

This exhortation comes at a fitting time to remind the believers that when we lose our connection with the Afterlife and Allāh (subhānahu wa ta’ālā), we are prone to deviation from the straight path.

The Prophet (sallAllāhu ‘alayhi wasallam) said: “There are three things that lead to destruction: niggardliness which is obeyed, desires which are followed and being charmed with one’s own opinion.” [17]

Ibrāhīm al-Khawwāṣ (d.284h) said: “No heresy, disbelief, innovation or insolent boldness (jur’ah) towards the religion ever occurred except due to speculative theology (kalām), argumentation and self conceit…”[18]

When a person becomes disgruntled with their own personal state, or the state of their community, it can easily push a person to blame the very beliefs that he holds onto rather than his own shortcomings. If the person is then engulfed by pride it will be difficult for anyone to correct or rectify his affairs since he cannot stand being corrected, but he instead only sees correctness in his own stances and views and takes pride in that.

We live in a time where many of us are questioning things we took for granted many years ago, whether it be related to the political aspects of our faith or spiritual. During such times it is very important that we do not forget the following: