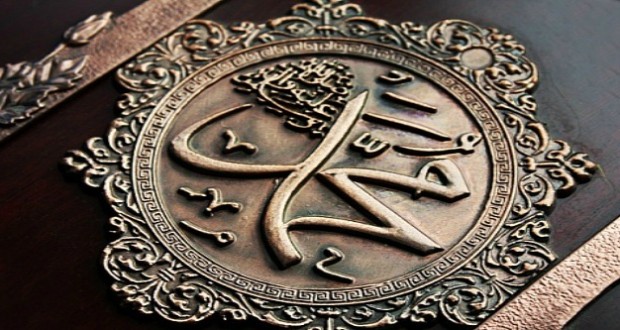 [al-Taḥawiyyah Pt 28] The Seal of the Prophets

And he is the seal of the prophets. He is the Leader (imam) of the Pious. He is Chief of the Messengers. He is very dear to the Lord of the Worlds.

The Qur’ān has made it clear that: ‘…he is the Messenger of Allāh and the seal of the prophets’.12 The Prophet (Ṣallāhu ‘alayhi wa salam) himself said: ‘I have many names. I am The Praised One (Muḥammad). And I am the Most Deserving of Praise (Aḥmad). And I am the Destroyer (al-Māhī) as through me, Allāh will destroy infidelity. And I am the Gatherer (al-Hāshir) as following me people will be raised from the graves and gathered together. And I am the Last (al-‘Āqib) as there will be no prophet after me’. It has also been authentically reported that he said: ‘He (Allāh) has sealed the series of prophets with me’.3 The demise of the Prophet (Ṣallāhu ‘alayhi wa salam) meant that revelation had now ceased, as this is the essence of being a Prophet.

Though the Qur’ān and Sunnah make it patently clear that the Prophet (Ṣallāhu ‘alayhi wa salam) is the last and final messenger, some people will still claim to be prophets. The Prophet (Ṣallāhu ‘alayhi wa salam) informed us of this evil when he said: ‘Among my nation will arise thirty great liars. Each of them will claim that he is a prophet. However, I am the seal of the prophets and there will be no prophet after me’.4 These figures either claimed prophethood outright, or claimed that they received revelation from God or His angels.

One such group exists in the twenty-first century known as the Qādianiyyah; a movement that began as far back as 1900 C.E.; named after their founding father and so called prophet Mirza Ghulam Aḥmad al-Qādiāni. Its emergence was facilitated by the British colonialists in the Indian subcontinent, with the aim of diverting Muslims away from their religion and from the obligation of jihād in particular; this was of course to weaken any opposition to colonialism under the guise of Islām.

They openly claim that prophethood did not end with Muḥammad (Ṣallāhu ‘alayhi wa salam), rather it is ongoing, that Allāh sends a messenger when there is a need, and that Ghulam Aḥmad is the best of all the Prophets. They claimed that Jibrīl would come down to Ghulam Ahmad and that he used to bring revelation to him, and that his inspirations are like the Qur’ān! The World Fiqh Council have issued a decree that all those adhering to this doctrine are apostates, beyond the pale of Islām.

The claims of Mirza Ghulam Aḥmad to be a prophet or a messenger and to receive revelation are clearly a rejection of proven and essential elements of Islām, which unequivocally states that prophethood ended with Muḥammad (Ṣallāhu ‘alayhi wa salam) and that no revelation will come to anyone after him. This claim made by Mirza Ghulam Aḥmad makes him and anyone who agrees with him an apostate who is beyond the pale of Islām. As for the Lahoriyyah, they are like the Qādianiyyah: the same ruling of apostasy applies to them despite the fact that they described Mirza Ghulam Ahmad as a shadow and manifestation of our Prophet Muḥammad (peace and blessings of Allaah be upon him).5

This statement of al-Ṭahāwi may serve as a refutation of certain extreme ṣufis who claim that those closest to Allāh, such as their saints, can leave off much of religious practices that the laity must enjoin. They cite the case of Khidr in the Quranic chapter of al-Kahf who was pious yet did not follow the Shari’ah of Mūsā (‘alayhis salām). The reality is that one cannot be considered as pious and god-fearing unless he follows the way of the Prophet Muḥammad (Ṣallāhu ‘alayhi wa salam). The closer he is to his teachings, the more pious he is. The further he is from his teachings, the more impious he is. Allāh said: ‘You have an excellent model in the Messenger of Allāh, for all who put their hope in Allāh and the Last Day and remember Allāh much’; if anyone wishes for happiness in the hereafter, he ought to adhere closely to the teachings of the Prophet (Ṣallāhu ‘alayhi wa salam).

All the Prophets of Allāh are great, and are superior over the rest of mankind. The greatest of all the Prophets is Muḥammad b. ‘Abdullah (Ṣallāhu ‘alayhi wa salam), both in this life and the life to come.

The Prophet (Ṣallāhu ‘alayhi wa salam) stated that he is the leader of all of the Children of Adam (‘alayhis salām) because he had to make such a statement, for we could not possibly know his position except through him. Since no prophets would come after him, he had to inform us of his exalted position in Allāh’s sight. In the same way, he told us about the virtues of the prophets before him (‘alayhimus salām). That is why he followed up his statement by saying: ‘and this is not boasting’.

and Muḥammad (Ṣallāhu ‘alayhi wa salam). The Mu’tazilites negated the very basic meaning of the word love and all its varying levels, like khullah. Others went to the opposite extreme and affirmed love in an exaggerated sense, such as infatuation, enslavement and the like. Ahl al-Sunnah are always positioned in the middle, between two evil extremes. They clarified that the Love of Allāh for His servants is true, pure, and befits His Majesty.

Sheikh Haitham al-Haddad’s explanation of al-’Aqeedah al-Ṭaḥāwiyyah, edited by Asim Khan, will soon be published as a hardback book. Islam21c have exclusive rights to share extracts from the book for its readers, and will be posting certain sections of the book on a weekly basis. The book: al-’Aqeedah al-Ṭaḥāwiyyah, is a short text outlining the ‘aqeedah of Ahl al-Sunnah in short statements. Each extract posted is a complete explanation of any one of those statements.

2Also read as Khātim al-Nabiyyīn, which means Muḥammad is the one who sealed Prophethood and brought it to an end; which in turn implies the cessation of Messengers, as Messengers are of a great rank than Prophets. As for the reading of Khātam al-Nabiyyīn, it means that Muḥammad is the last of the Prophets. Together they enrich the meaning of the verse: Muḥammad was not simply the last Prophet, but his coming signified the end and cessation of Prophethood to mankind. It also points to the fact that the ending of Prophethood occurred with one last Prophet and not more than that.

2014-01-31
Amanpaul Dhaliwal
Previous: The Death of Sheikh ‘Abdul Karīm Zaydān (Raḥimullah)
Next: Can you blame Muslims for wanting to segregate? 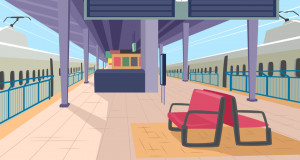