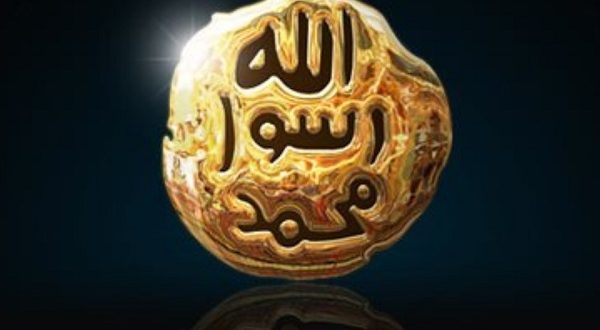 The author explains that the one who claims prophecy is merely speaking falsehood (ghayy), based on whim, as opposed to evidence. It also indicates that such a person will not be able to bring forth miracles, like the miracles of the Prophets, to prove the veracity of his claim.

1)    History bears testimony to the fact that every false claimant to prophecy has been exposed before the people as an impostor and fabricator.

He has been sent to all jinn and all mankind with truth, guidance, light and illumination.

Once again, having faith (īmān) in the prophethood of Muhammad (Ṣallāhu ‘alayhi wa salam) includes believing that he was sent to all created beings who are going to be held accountable for their deeds. In other words, the Prophet (Ṣallāhu ‘alayhi wa salam) was sent to both jinnkind and mankind, Arabs and non-Arabs, with the task of taking them out of the darkness of disbelief and into the light of Islam. This is something that all scholars of Islam have agreement (ijmā’) on.

This belief has been clarified in a number of Quranic verses, such as Allāh’s saying: ‘Blessed be He who has sent down the Qur’ān to His slave so that he can be a warner to all beings (‘ālamūn)’, where the word “‘ālamūn” refers to both jinnkind and mankind.

There is a specific mentioning of the jinn visiting the Prophet (Ṣallāhu ‘alayhi wa salam) in the Quranic chapter al-Aḥqāf, wherein Allāh says: ‘And We diverted a group of jinn towards you to listen to the Qur’ān. When they were in earshot of it they said, ‘Be quiet and listen.’ When it was over they went back to their people, warning them’. What the jinn heard left a deep impression on their hearts, they returned to their people saying: ‘Our people, we have heard a Book which was sent down after Musa, confirming what came before it, guiding to the truth and to a straight path’.

There is also a repeated address to both mankind and jinnkind in the Quranic chapter of al-Raḥmān when Allāh says: ‘So which of your Lord’s blessings do you both then deny?’.

Knowing that the Prophet (Ṣallāhu ‘alayhi wa salam) was sent to all people, regardless of race, ethnicity, place, or time; helps one realize that whoever comes to know of him must submit to his call, accept the invitation of Islam, and save himself from the Hellfire.

We beseech Allāh, Exalted is He, to make us ardent followers of our beloved Prophet (Ṣallāhu ‘alayhi wa salam).

1)    The verse: ‘Our people, we have heard a Book which was sent down after Musa, confirming what came before it, guiding to the truth and to a straight path’, indicates that Prophet Mūsā (‘alayhis salām) may also have been sent to both jinnkind and mankind.

2)    Jinn, like men, have religious duties (taklīf) that have been enjoined upon them. They also have a God-given free will like humans. This is perhaps the reason why prophets were sent to them, just as they were sent to mankind.

2014-02-05
Amanpaul Dhaliwal
Previous: The Universal Laws of Allāh
Next: Life as an Imām in the United Kingdom