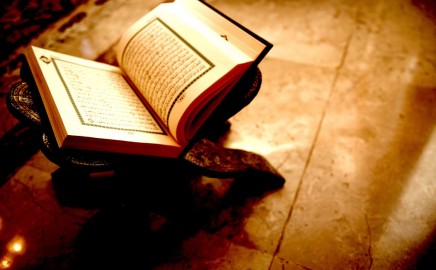 The Qur’ān is the word of Allāh. It originated from him as articulated speech in a manner unknown to us. Allāh revealed it to His Prophet (Ṣallāhu ‘alayhi wa salam) by way of revelation. The believers bear witness to its revelation. They are certain that it is the actual Speech of Allāh. It is not created like the speech of human beings. Whoever hears it and thinks it is the speech of man is an infidel, and in the following verse Allāh has condemned, censured and threatened him with Hell-Fire: “I will burn him in the Hell-Fire”. When Allāh threatens those who say: “this is nothing but the word of a mortal”, with the fire, we know and become certain that is the speech of the Creator of mankind, and is completely unlike the speech of mankind.

The final messenger who was also the recipient of the final message is the Prophet Muḥammad (Ṣallāhu ‘alayhi wa salam). He was selected through the Divine Decree of Allāh to be given the ‘best of all statements’[2], sent to all people, with a book that speaks to the whole of mankind; this is the universality of Islām. Allāh, Exalted is He, said: ‘(This is) a Book which We have revealed unto you in order that you might lead mankind out of darkness into light by their Lord’s Leave to the Path of the All-Mighty, the Owner of all Praise’.[3]

The Qur’ān is referred to by Allāh in more than one verse as being a light, indicating its lofty nature. The Prophet (Ṣallāhu ‘alayhi wa salam) told his followers that among the virtues of the Qur’ān, is that the reciter is rewarded for reading it: ‘Whoever recites a letter from the Book of Allāh, he will be credited with a good deed, and a good deed gets a ten-fold reward. I do not say that Alif-Lām-Mīm is one letter, but Alif is a letter, Lām is a letter and Mīm is a letter’.[4]

No joy in this life can compare to the joy of reciting the Qur’ān. Understanding its message, appreciating its literary beauty, and uncovering the richness behind its meaning, only makes reading it more delightful and evocative.

To hear the Qur’ān being recited is unlike anything else, for it is the Word of Allāh (kalāmullāh). It is to experience the power of divine revelation as a overpowering voice from the unseen. It moves, it glides, it soars, it resonates. It is in this world, yet not of it. Its verses are expressive of an untiring truth; they signify meaning layered within meaning, light upon light, miracle after miracle.

When the Quraysh of Makkah first heard the Prophet (Ṣallāhu ‘alayhi wa salam) recite the Qur’ān they were amazed and yet perplexed as to how Muḥammad (Ṣallāhu ‘alayhi wa salam) came to know of these words. Out of stubbornness and love of their traditions they belied him and thought of excuses to explain away the miracle of the Qur’ān. One such excuse was that the Qur’ān was merely the word of man and not God’s speech. Allāh, Exalted is He, condemned as an infidel the one who said: ‘This is not but the word of a human being. Soon will I cast him into Hell-Fire!’[5]

The timeless challenge put to mankind by Allāh to produce a speech similar to the Qur’ān is evidence that the words of the Qur’ān are none save Allāh’s.  Allāh, Exalted is He, went so far as to clarify that the Qur’ān should not be thought of as being the words of His Prophet (Ṣallāhu ‘alayhi wa salam). Had it been the words of the Prophet, the challenge to produce something similar could be met by other human beings: ‘Or do they say, ‘He [the Prophet] has invented it?’ Say, ‘Then produce ten invented chapters (surahs) like this, and call on anyone you can besides Allāh if you are telling the truth’’.[6]It is equally reprehensible to claim that it is the speech of an angel or jinn.

The nobility, majesty and honour that the Qur’ān holds, is fundamentally tied to the fact that it contains the words of the All-Mighty. It is His words, His light and His guidance; none from creation has interfered with or participated in producing it alongside Allāh, Exalted is He.

The author said: ‘It originated from him as articulated speech in a manner unknown to us’, that is to say that when one reads in the Qur’ān: ‘Say: He is Allāh; the One’,[7] he believes that Allāh is the One who originally said these words in a manner that befits His Majesty, and then revealed it to His Prophet (Ṣallāhu ‘alayhi wa salam) by way of inspiration (waḥi). That is why the Qur’ān is described as the word (Kalām) of Allāh (kalāmullāh).

It was initially: ‘the month of Ramaḍān in which the Qur’ān was revealed’[8] and Allāh continued to send down the revelation to the Prophet (Ṣallāhu ‘alayhi wa salam) in stages throughout his blessed life: ‘in order that you might recite it to men at intervals’[9]Allāh said. On occasions, some of the verses were abrogated causing the Prophet’s enemies to accuse him of forgery: ‘‘You are but a liar”[10] they would say, but Allāh clarified that abrogation in fact, affirmed that Muḥammad (Ṣallāhu ‘alayhi wa salam) was not the author of the Qur’ān: ‘If We replace one verse with another one – and Allāh knows best what He is sending down – they say, ‘You are just inventing this!’ No indeed! Most of them have no knowledge’.[11]

2014-02-13
Amanpaul Dhaliwal
Previous: The real reason behind the confiscation of my passport
Next: The Ugly Face of Assad in Homs

President of Uyghurs on Unscripted #84 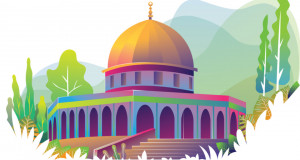 Blessings in Disguise: The Plight of Masjid Al-Aqsa and the Palestinians 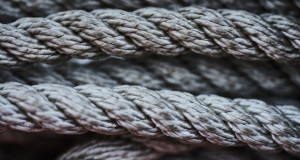 Has the Time Not Come for Muslims to Unite? 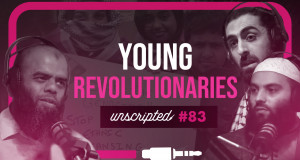