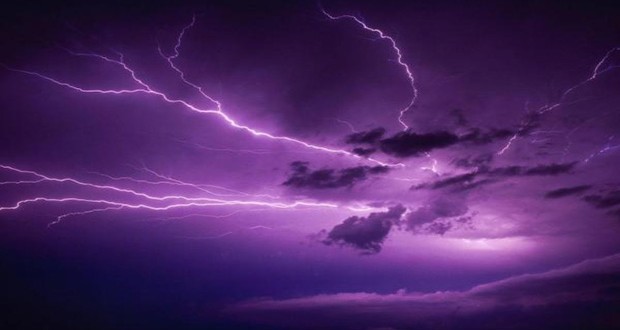 He once said that Allāh has a particularly Great Name (al-Ism al-A’ṭham), if called upon by it He would indeed respond.

حَيٌّ لا يَمُوتُ، قَيُّومٌ لا يَنامُ،
He is Living and Does Not Die. He is All-Sustaining and Does Not Sleep.
The author continues introducing Allāh’s description and elaborating on His Perfect Names and Attributes. His statement mentions two of His Most Noble Names: al-Ḥayy and al-Qayyūm, which also signify two of His Most Lofty Attributes.
These names, which are also attributes, were mentioned together in the beginning of the greatest verse of the Quran: Ayat al-Kursi, in which Allah says: ‘There is no god but He, the Living (al-Ḥayy), the Self-Sustaining (al-Qayyūm). Slumber does not overtake Him, nor does sleep’.[1] They were also mentioned together elsewhere, such as His saying: ‘Alif Lām Mīm. Allah, there is no god but Him, the Living, the Self-Sustaining’,[2] and His saying: ‘And faces humble themselves before the Living, the Self-Sustaining’.[3]
The Prophet (Ṣallahu ‘alayhi wa salam) spoke of the sublime nature of these two names when he is reported to have said: ‘The greatest name of Allāh, which if He is called by it, He responds, is in three (Quranic chapters): al-Baqarah, Āl ‘Imrān and Ta-Ha’,[4] indicating that the greatest name of Allāh is al-Ḥayy and al-Qayyūm which is distinctly found in these three Quranic chapters.
The Prophet (Ṣallahu ‘alayhi wa salam) elucidated the power of invoking Allah by these names. He once said that Allāh has a particularly Great Name (al-Ism al-A’ṭham), if called upon by it He would indeed respond. When he overheard a man supplicating: ‘Oh Allāh, I ask You by virtue of the fact that praise is due to You, there is no deity but You, Who shows favour and beneficence, the Originator of the Heavens and the earth, Oh Lord of Majesty and Splendour, Oh al-Ḥayy (the Ever-Living), Oh al-Qayyūm (Ever Existing), he said: ‘he has beseeched Allāh using His Greatest Name, when supplicated by this name, He answers, and when asked by this name He gives’.[5]
What further indicates that His Greatest Name (al-Ism al-A’ṭham) is al-Ḥayy and al-Qayyūm is the fact that these two beautiful names encompass the meaning behind all the other Names of Allāh as they echo the Lordship (rubūbiyyah) of Allāh and relate directly to His Divine Essence (dhāt) from which all His other Names and Attributes originate.
The Meaning of Al-Ḥayy & Al-Qayyum
Allāh, Exalted is He, is al-Ḥayy (the Ever-Living) which means that His Life is perfect from all perspectives, both qualitatively and quantitatively. He is eternal and free from blemishes. The life of human beings is temporary and tainted with shortcomings such as feebleness in old age, sickness, and the need to rejuvenate the body with sleep.
Al-Qayyūm signifies that He is the One who exists independently, by Himself, without any dependency on anything, whilst everything in existence is dependent upon Him.
The Prophet (Ṣallahu ‘alayhi wa salam) taught us to use these two Names in a daily supplication: ‘O Ever Living (al-Ḥayy), O Ever Existing (al-Qayyūm), by Your mercy I seek assistance, rectify for me all of my affairs and do not leave me to myself, even for the blink of an eye’.[6] This ought to be said in the morning and the evening.
Among the key benefits of these two names and attributes is the fact that they are among those Names and Attributes of Allah that establish a clear distinction between the Creator and the creation and thus firmly negate the notion of anthropomorphism. This is what the author intended with his statement: ‘He is Living and does not die. He is All-Sustaining and does not sleep.’ Having negated anthropomorphism in the previous statement, the author then clarified some of the main attributes and characteristics that distinguishes Allāh from His creation.
It is by these two names: al-Ḥayy & al-Qayyūm, that all His other beautiful names revolve; for life necessitates the presence of many other attributes such as sight, hearing, speech, and causing others to exist also indicates many other attributes of Allāh, the Most High.
The mere motion of existing beings points to the Perfect Existence of Allāh by which He sustains all, and the life that rests inside of every creature points to His Perfect Life.
Points of Benefit:
1) One cannot assert a name for Allāh purely through reason alone, it must be taken from revelation: the Qur’ān and the Sunnah. This is a fundamental principle in the study of ‘Aqīdah.
2) The author’s words: ‘He is Living and will never die. He is All-Sustaining and never sleeps’ point to a principle in the study of ‘Aqīdah regarding negation in describing Allāh: that the purpose of negating an attribute from Allāh is to affirm the opposite praiseworthy attribute in its most perfect sense. Allāh does not die, meaning He has a Perfect Life. Allāh does not sleep, meaning He has a Perfect Existence.
Notes: Sheikh Haitham al-Haddad’s explanation of al-Aqeedah al-Tahawiyyah will soon be published as a hardback book. Islam21c have exclusive rights to share extracts from the book for its readers, and will be posting certain sections of the book on a weekly basis. The book: al-Aqeedah al-Tahawiyyah, is a short text outlining the aqeedah of Ahl al-Sunnah in short statements. Each extract posted is a complete explanation of any one of those statements. Edited by Asim Khan
Source:
www.islam21c.com

Islam21c requests all the readers of this article, and others, to share it on your facebook, twitter, and all other platforms in a bid to spread our efforts.