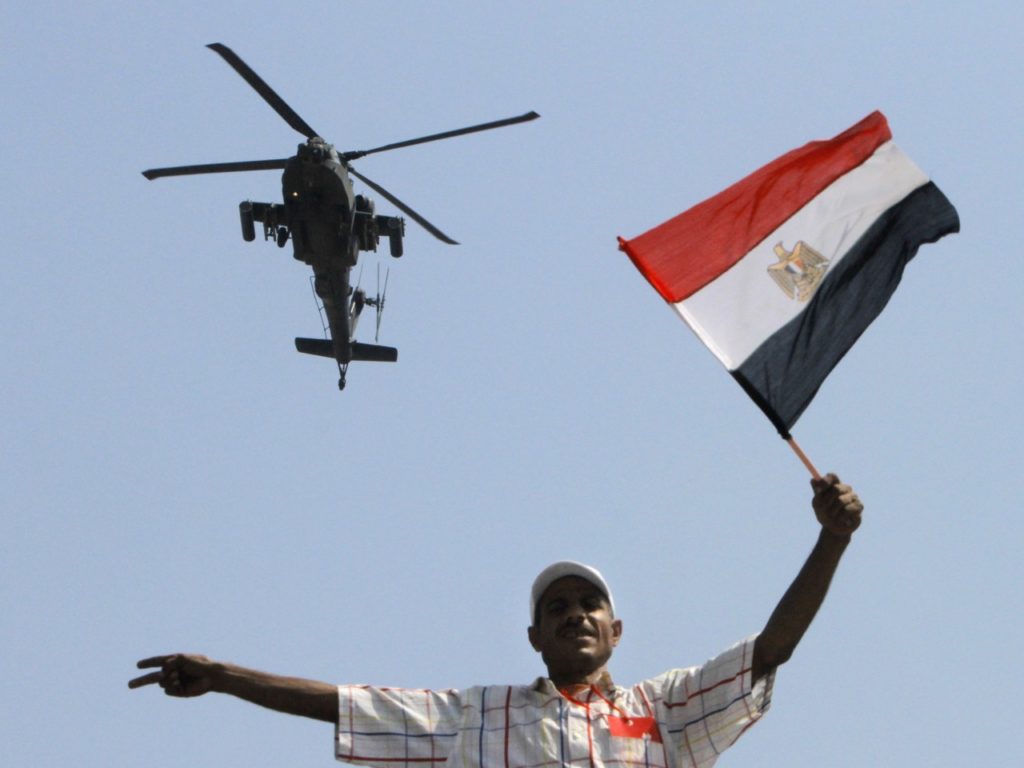 In light of the devastating massacre that occurred from the dawn of the 14th of August 2013, in Rabaa al-Adawi and other locations in Egypt, it seems it is true that some Egyptians have a short term memory. Among these are the military coup leaders including General Abdul Fattah al-Sisi. They forgot about Husni Mubarak, a President who ruled Egypt for thirty years, succeeding previous dictators who each ruled for more than a decade. Despite Mubarak only recently being deposed of his authority, they have already forgotten how he ended up behind bars.

In light of the devastating massacre that occurred from the dawn of the 14th of August 2013, in Rabaa al-Adawi and other locations in Egypt, it seems it is true that some Egyptians have a short term memory. Among these are the military coup leaders including General Abdul Fattah al-Sisi. They forgot about Husni Mubarak, a President who ruled Egypt for thirty years, succeeding previous dictators who each ruled for more than a decade. Despite Mubarak only recently being deposed of his authority, they have already forgotten how he ended up behind bars.
It also seems that they have never read Islamic or general history. A theme that recurs again and again is that revolutionary movements are never hampered by spilling blood. Rather, blood feeds them with more determination and encouragement. They overlooked the story of the boy and the King mentioned in Sahih Muslim where a whole nation accepts Islam and leaves the disbeliever’s camp to that of the believer’s after the king killed the boy. Being Egyptians surrounded by ancient Egyptian relics and monuments, did they read what Allah did with the Chief Pharaoh of Egypt?
“Pharaoh said, ‘Counsellors, you have no other god that I know of except me. Haman, light me a fire to bake clay bricks, then build me a tall building so that I may climb up to Moses’ God: I am convinced that he is lying.’ Pharaoh and his armies behaved arrogantly in the land with no right– they thought they would not be brought back to Us– so We seized him and his armies and threw them into the sea. See what became of the wrongdoers! We made them leaders calling [others] only to the Fire: on the Day of Resurrection they will not be helped. We made Our rejection pursue them in this world, and on the Day of Resurrection they will be among the despised.”[1]
The military coup leaders show no foresight or intelligence in drawing their end through their own hands. They have escalated the situation to such heights leaving no room to backtrack in their unjust battle against a huge section of the Egyptian community. They have pushed those motivated by Islam and the millions who marched in support of legitimate rule to continue in their struggle until the very end. Islam will never vanish and its people will never do so either. They think that they can bury the truth through their lies and deception by claiming through their media outlets that the Ikhwan and Islamists are terrorists who burn Churches and terrorise others and hence they are compelled to put a stop to this ‘terrorism’. As a matter of fact, they have already realised that this era of deception has come to an end and that the truth is and will soon be revealed nullifying their single viewpoint.
Success is always on our doorstep yet we need to continue in our struggle against tyranny. This battle does not only belong to the Egyptians but rather it is the battle of all Muslims, all over the world. We need to remain firm, steadfast and strong. As goes the popular paradigm:“Verily victory is the patience of a single hour.”
It is also important not to give the enemies any justification for further killing through violence. Soon people will see the justice of our case and let us be united in facing this trial. The Islamic political parties and individuals that supported the ousting of President Morsi have fell into momentous error and share a burden of what has happened to the peaceful demonstrators. At this time Islam is the subject of attack and repression. No individual, even if in ideological or political disagreement with the Muslim Brotherhood’s political judgement, is justified in opposing them at this time as they are currently the solid core of the movement that is defending Islam and legitimate rule.
It is upon all capable individuals to support their brothers and sisters who are campaigning on behalf of legitimacy and for the preservation of Islam in Egypt. This includes raising awareness, attending demonstrations, delivering messages of support and above all making sincere supplication for them and against the criminals of the military coup government. The governments of the world, at their forefront Britain should sever all diplomatic ties with the current dictatorship of Egypt and for their rejection of the most basic form of democracy. If this is not done, they are undermining its very basis and their credibility. The international response so far demonstrates the unrivalled hypocrisy of so-called democratic governments. Imagine what the international uproar would be like if President Morsi did a fraction of what was done today against Egyptian civilians.
Finally, let us remember the advice given by Musa to his people:”Moses said to his people, ‘Turn to God for help and be steadfast: the earth belongs to God– He gives it as their own to whichever of His servants He chooses– and the happy future belongs to those who are mindful of Him.’[2]
[donationbanner]
Notes;Sources:www.islam21c.com
Islam21c requests all the readers of this article, and others, to share it on your facebook, twitter, and other platforms to further spread our efforts.

EDITORIAL
Share. Facebook Twitter LinkedIn Email Telegram WhatsApp
Previous Articleal-Tahwiyyah Pt 14- His Two Most Noble Names
Next Article Reflection on Egypt: Are We Ready To Live Under the Sharia?