Death – No One Can Escape 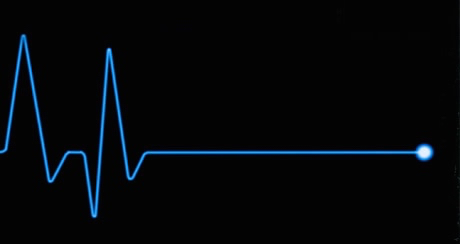 This narration is one of many examples showing how death and the afterlife was foremost in the minds of the righteous: they realised that it was inevitable and they knew that it was the most important event of their lives. Death began the road to the final account which would determine whether they succeeded or failed: whether their final, eternal life was to be in Paradise or Hell, whether Allāh was pleased with them or not. They were preoccupied with the Qurʾānic injunction,

Death occupied their thoughts, they were concerned about it and they prepared themselves for it. Amongst mankind, they were in the minority: intelligent and judicious, unlike the majority about whom Allāh says

Ever closer to people draws their reckoning, while they turn away, heedless.[3]

It is ironic that, despite knowing that death is inevitable, most people are oblivious of it and what comes after. They live lives heedless of this certainty, engrossed with this worldly life, unmindful of the stark fact that it is temporal and our stay here is just for a few numbered days,

We have not granted everlasting life to any other human being before you either. If you die, how can they think they will live forever? Every soul is certain to taste death: We test you all through the bad and the good, and to Us will you return.[4]

Say: ‘The death you run away from will come to meet you and you will be returned to the One who knows the unseen as well as the seen: He will tell you everything you have done.’[6]

Death is seen as a morbid subject, taboo, a topic of conversation to be avoided. Many people are averse to thinking about it, they do not want their children to think about it, they do not want to witness it. Islām, however, is totally different: we are taught that not only should we think it about it, we have to. We have to prepare ourselves for it and we have to prepare our children for it.

One time the Prophet (sall Allāhu ʿalayhi wa sallam) saw some people gathering in the distance and he asked what they were doing. He was told that they were digging a grave and, terrified, he rushed to the grave and knelt by it. He wept until the earth around him became wet with his tears, then he turned to face his Companions and said, “My brothers, prepare yourselves for this day!”[7]

This is an example of the pithy, concise statements of the Messenger (sall Allāhu ʿalayhi wa sallam) – his jawāmiʿ al-kalim, where in a few choice words he expressed meanings of great import. When a person frequently remembers death, he will keep things in true perspective: Allāh’s good pleasure as compared to people’s pleasure, the Hereafter as compared to this world, and the wage with Allāh as compared to the wage of this world. He will internalise the reality of the next life, the desire to sin will decrease, his heart will soften and he will turn to Allāh in repentance and servitude.

A woman once came to ʿĀʾishah complaining of having a hard heart, a heart that felt distant from Allāh, and she advised her to remember death because it would soften it. She followed this advice and came back to her to tell her that it had worked wonders for her![10]

Allāh’s Messenger (sall Allāhu ʿalayhi wa sallam) was once asked who the intelligent person was. His reply? “Those who remember death the most, and those who best prepare for what comes after death. They are the intelligent ones.”[11]

In another ḥadīth, he (sall Allāhu ʿalayhi wa sallam) said, “The intelligent person is the one who brings himself to account and works deeds for what comes after death. The fool is the one who follows his lusts and desires, yet still holds false hopes in Allāh.”[12]

Intelligent students prepare for exams and the greatest exam of all is life itself. It is only the truly astute who will pass it, not those who may have the highest IQ, but those who realise what is most important and judiciously work towards it.

People, foolish people, spend their entire lives oblivious of death, acting as if they will live forever, indeed trying to avoid death, preoccupied in seeking that elusive formula that will give them eternal life. They try ointment after ointment, surgery, medicines, blood transfusions not realising that death is something entirely in Allāh’s hands.

Death will overtake you no matter where you may be, even inside high, well-fortified towers.[13]

It is a reality; we cannot cheat death:

When the soul of the dying man comes up to the throat while you gaze on – We are nearer to him than you, though you do not see Us – why, if you are not in our power, so you not restore his soul to him, if what you say is true?[14]

The trance of death will come in truth: This is what you tried to escape.[15]

Yes, Islām teaches us not to be hermits, to live in this world, to earn our livings, to support ourselves and our families. But we are also taught that this is not our permanent home. We are people of the Hereafter, our eyes must be set towards that target, towards Allāh and what lies with Him. Do not let the allure of this world distract us from that. Never let this world turn us away from Allāh, His good pleasure, His Paradise and the greatest gift of all, gazing at His face in Paradise.

Believers, do not let your wealth and your children distract you from remembering Allāh: those who do so will be the ones who lose. Give out of what We have provided you with before death comes to one of you and he says, ‘My Lord, if You would only reprieve me for a little while, I would give charity and become one of the righteous. Allāh does not reprieve a soul when its turn comes: Allāh is fully aware of what you do.’[16]

So many people have passed through this world, people who lived for it and it alone: kings, queens, conquerors, millionaires, billionaires, tyrants… how many remain? How many are remembered?

How many generations We have destroyed before them! Do you perceive a single one of them now, or hear as much as a whisper?[17]

The very world they lived for forgot them.

When death comes, when a person is in the final throes of death, it Is too late. There is no turning back and it is too late to regret

When death comes to one of them, he cries, ‘My Lord, let me return so as to make amends for the things I neglected!’ Never! This will not go beyond his words, a barrier stands behind such people until the very Day they are resurrected.[18]

The Purpose of Life and Death

Why did Allāh create life and death? Listen to His answer:

Exalted is He who holds all control in His hands: who has power over all things. Who created life and death to test you and reveal which of you does best deeds. He is the Mighty, the Forgiving.[19]

Suddī explained that the person who does best deeds is the one ‘who remembers death the most because such a person will prepare for it best, be most fearful of it and always wary of it.[20]

In an amazing āyah, Allāh says

Seek the life to come by means of what Allāh has granted you, but do not neglect your share in this world. Do good to others as Allāh has done good to you. Do not seek to spread corruption in the land, for Allāh does not love those who do this.[21]

Use this dunyā for the Hereafter, use everything that Allāh has given us to earn His good-pleasure.

Another example of how death was foremost in the mind of the righteous: even though the share of this world mentioned in this āyah is primarily talking about our worldly effects, some of the Salaf said that it means the kafan, or shroud. Of all the effects of this world, the only thing we will take with us into the grave is that shroud, everything else is left behind. They said that the meaning of the verse is do not forget your share of this world, that shroud that will go with you to your death, in effect do not forget about your death.[22]

I used to prohibit you from visiting the graves. Now visit them because they help you put the world in its place and remind you of the Hereafter.[23]

One time, he (sall Allāhu ʿalayhi wa sallam) visited his mother’s grave and wept, causing all those with him to weep as well. He said, “I asked my Lord for permission to seek forgiveness for her, but it was not granted to me. I then asked permission to visit her grave, and it was granted to me. So visit the graves because they remind you of death.”[24]

Remembering death also improves our worship, “Remember death in your prayer. When a man remembers death in his prayer, he is more likely to perfect his prayer. Pray the prayer of a person who does not expect to pray another prayer.”[25]

In the sections that follow, we will discuss the journey of the soul from the point of death to the time of resurrection, not because it is an interesting narrative, but because we want to be – we need to be those intelligent, judicious people that our Messenger (sall Allāhu ʿalayhi wa sallam) talked about. Knowing what happens after death will inform us of what we need to prepare for it and how to prepare for it. This journey will tell us how we are supposed to live our lives in servitude to our Lord, Most High.