#STAND4UYGHURS
Home / Current Affairs / How do we deal with difficulty and loss? 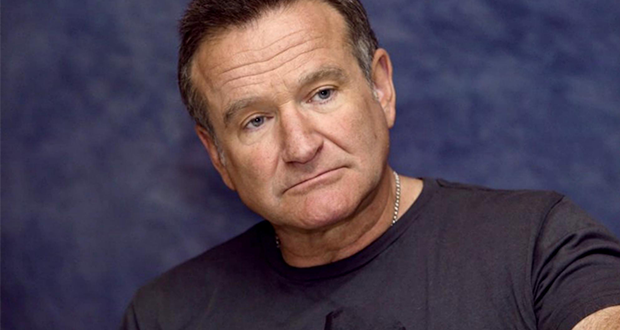 How do we deal with difficulty and loss?

As loss, deprivation and suicide are once again brought back into the spotlight, journalist Yasmin Khatun recalls her interview with Yasmin Mogahed and how one deals with difficulties of the dunya.

Loss, deprivation, worries, we all face them. There’s no escaping them. They are part and parcel of this world and the experiences that make us human. As I write this piece, I am thinking the world over and all of the different images that I, that we, are faced with on a day to day basis. Universal difficulties that we see around us, poverty, disease and the ones we all feel as individuals; disappointments, heartbreak and feelings of despair. I am thinking about all of the things I find difficult and how sometimes those feelings can take over and for some, lead to the point of complete hopelessness.

Depression, loss and dealing with difficulties are hot topics at the moment in light of internationally acclaimed US actor Robin Williams who recently took his own life. A man that looked like he had it all reached a point in his life where he would decide to end it. In light of what happened, many raised a note that somehow this was not an issue for Muslims and that suicide is just not a significant problem. But facts speak very differently and death by suicide is most certainly not an issue just for non-Muslims and one we can ignore. Nearly two years ago I reported on a Muslim city worker who threw herself off the top of a building and fell to her death. We know the severe punishment for suicide in Islam, but how is it that individuals reach these points in their lives and then go on to commit the deed?

Experiences we see around us are reminders and notes there for the taking, not there to be dismissed. Be it concern for ourselves and the situations we are in or concern for others, they remind us that we can lose people dear to us at any point. In light of the suicide of actor Robin Williams, someone who seemed to express so much joy, it’s a reminder that material aspects of the dunya are diminished to nothing but dust.

“Indeed, We have made that which is on the earth adornment for it that We may test them [as to] which of them is best in deed. And indeed, We will make that which is upon it [into] a barren ground.” [1]

According to the WHO, every year about one million people die from suicide—that’s one person every 31 seconds. 1 in 4 people experience some kind of mental health problem in the course of a year and depression affects 1 in 5 adults. Death by suicide is an extreme state but one that is real, individuals reaching points of their lives where they feel it’s better to not exist, traumatised states leading to an action directly opposed to the teachings of Islam. Men, women, young and old, sometimes we are completely surprised by the people in our lives who can fall into such states of difficulty, so many of whom will not reach out and ask for support.

The financial crisis in the western world and poverty in other regions may seem incomparable on the surface, but each individual faces their own demons. Pressures to fit in, pressures to be beautiful, pressures to be intellectual, pressures to make money; we cannot encompass the difficulties of another, but we can encompass the promise of Allah. We know that this world has been made as a test for us and it must be lived in such light. In Surah al-Baqarah Allah reminds us of this.

“We shall test you through fear, hunger, loss of life, property, and crops . (Muhammad), give glad news to the people who have patience” [2]

I remember listening to a tafsir of this ayah, and the sheikh reminded us that we will be tested with something we love. Tests are not meant to be easy, as this life was not made to be easy. Tests are often difficult to deal with, measured by the One who knows us better than we know ourselves and the One who is most Just – Allah subhanahu wa ta’ala knows our needs and He knows our capabilities.

Three key words come into play when looking at this: patience, trust and hope; three crucial words in Islam. To lose hope is to lose hope in Allah’s favour and not trust in His plan. Patience is iterated time and time again in the Qur’an when Allah subhanahu wa ta’ala reminds us of his favour to those who are patient. The word can be identified in two different ways: patience over things you covet and patience in times of pain. To be patient in times of pain is to not swim in the difficulty and not let it overtake you; it is the silence amidst the noise, the focus on light in clouds of darkness, understanding that there will be ease with every difficulty and that when it is said that “with hardship there is relief” it is that with every difficult situation there is something good, that it is ever present.

When we say alhamdulillah in our prayers, when we say it aloud when asked how we are, we are praising Allah and affirming our content state as Muslims with an assured understanding that our affairs are always good; because we acknowledge that our matters are in His Hands. We do not say this whilst frowning, nor do we say this whilst miserable, because we live out our lives ultimately trusting in Allah who knows what we know not. It is a level of trust which turns us into a child who cannot fully comprehend his situation and relies upon the nurturing of his parent, trusting that Allah knows best and that He always wants good for the believer.

I had a brief read of sister Yasmin Mogahed’s book, “Reclaim Your Heart” before I had to interview her, she is an internationally acclaimed speaker, author and teacher who has openly admitted that she suffers from depression but still seems to be able to project such clarity to so many. A strong woman with speech that inspires, I asked sister Yasmin what people can do when they lose complete hope in their lives and I don’t believe I will ever forget her words, in a very simple and clear response, sister Yasmin had said, “Have a good opinion of Allah.”

When we feel lost, we doubt the might and beauty of Allah subhanahu wa ta’ala, when we frown in disappointment and growl at our trials we are not trusting in His plan. Ask of Him, and then trust in Him. Be assured that he is not neglecting you, nor are His powers finite. Do we think that Allah subhanahu wa ta’ala wants harm for us? He has assured us that He will not put us in a situation we have not the capability to deal with and He is truthful. So when it feels too much and we feel overwhelmed, know that we have been made with the capability to deal with whatever difficulty we are hit with and that the trial was made to be overcome. We are people of hope not fear, so be hopeful of Allah’s mercy rather than be shrouded by fear of the dunya.

“Had Allah lifted the veil for his slave and shown him how He handles his affairs for him, and how Allah is more keen for the benefit of the slave than his own self, his heart would have melted out of the love for Allah and would have been torn to pieces out of thankfulness to Allah. Therefore if the pains of this world tire you do not grieve. For it may be that Allah wishes to hear your voice by way of du’a. So pour out your desires in prostration and forget about it and know, that verily Allah does not forget it.” [4]

Previous: Banning ISIS flags or Muslim declaration of faith?
Next: The Irony of Joan Rivers