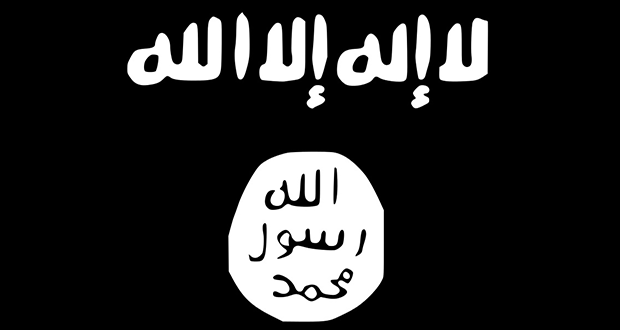 Banning the “ISIS flag” will outlaw the Muslim declaration of faith

In some parts of the world, there are few more divisive and contentious issues than the flying of flags. These are usually as a result of historic injustices and a lack of sense of identification with the geographical landscape or population represented by the dominant flag. The obvious examples that spring to mind are from Northern Ireland and the debate in the US surrounding the Confederate flag.

Recently David Cameron may have triggered a new flag debate in the UK that could result in another wave of anti-terror arrests and a consequential artificial inflation of the terror threat to the UK. Writing in the Daily Telegraph on 16 August, the Prime Minister confirmed that anyone walking around with “ISIS flags” would be arrested with their materials seized. In light of the tragic murder of US journalist James Foley by ISIS, such an order could lead to a disproportionate number of arrests due to an ignorance of the reality of the ISIS flag.

Cameron’s comments appear to be reflective of the current practices of police forces in the country. CAGE has received several reports of the police closely monitoring and intervening at demonstrations and rallies to seize flags accused of being those of ISIS. There have also been several media reports about the “ISIS flag” being carried at Gaza demonstrations and flown at the entrance to a housing estate in East London. In Sheffield, police had to intervene after a brawl broke out at a Gaza demonstration when members of the Kurdish community seized and desecrated what they believed to be an ISIS flag.

The problem is that in each case, the flag in question was not the ISIS flag but simply a black flag with an Arabic inscription on it, known as the shahada or the Islamic declaration of faith, translated as: ‘There is no deity worthy of worship except Allah, Muhammad is the Messenger of Allah’. Although the flags appear similar, they are not the same.

The ISIL/ISIS flag is black in colour with the shahadah divided into three parts. The top part contains the first half of the shahadah. Below this is an image of the seal of the Prophet Muhammad (peace be upon him) that would be used for ambassadorial letters, treaties and contracts saying ‘Muhammad is the Messenger of Allah’. Finally and critically, the bottom of the flag contains a third Arabic inscription that translates as ‘The Islamic State of Iraq and the Levant’, although there have been instances of ISIS members flying the generic shahadah flag without this last inscription. (Presumably these flags will be replaced with a new version to reflect ISIS’ official recent brand as ‘The Islamic State’ which incidentally is not a proscribed organisation under the Terrorism Act 2000.)

The shahadah flag, on the other hand, can come in different forms. One is identical to the ISIS flag save for the final inscription with the name of ISIS. Another form contains both parts of the shahadah in the one line using a more ornate calligraphy. The flag comes in different colours but its most common form is in white or black. Many of the groups fighting inside Syria including Jabhat al-Nusrah use the black shahadah flag. It is also used by al-Shabab in Somalia and the Islamic Movement of Uzbekistan.

The difficulties that Mr Cameron, the police and the media will have (and are already having) is that the shahadah flag is not the exclusive property of any single group or organisation but one that is representative of Islam and proudly displayed by Muslims of all sects and denominations. Not all groups who use it are proscribed; from Chechen rebel groups fighting Russian aggression in the 1990s to the Western-backed Free Syrian Army today. Non-violent groups such as Hizb ut-Tahrir have also adopted the shahadah flag as their emblem. Moreover, the national flag of one of Mr Cameron’s most stalwart allies, Saudi Arabia, which is itself virulently opposed to ISIS, consists of the shahadah on a green flag with the image of a sword underneath it. ISIS is only the latest group to appropriate the flag for their own use.

A shahadah frame is a common feature in most Muslim households. It is a reminder of the most fundamental aspect of the Islamic faith, without which one cannot be a Muslim. The shahadah are the first words uttered into the ears of a newborn and the final statement of a Muslim before death. For that reason, it is often seen on t-shirts, bandanas, jewellery, decoration pieces and even draped over coffins being taken to the cemetery.

But Mr Cameron’s comments are just the latest in a number of unfounded claims made about the flag. The Guardian misreported that the black shahadah flag seen flying at the entrance of the east London housing estate was that of ISIS although it later amended this to ‘jihadist flag’. The story was repeated by Douglas Murray in the Spectator who rather bizarrely suggested that al-Qaeda, Hamas and even the shia militia Hezbollah were the “exact ideological soul-mates” of ISIS. In Sheffield, South Yorkshire Police clarified that the flag desecrated by Kurdish residents were not those of ISIS but “a black flag that bears the Islamic declaration of faith”. Across the pond, New Jersey resident Mark Dunaway received death threats and a visit from Homeland Security after a picture of his shahadah flag flown outside his home was tweeted and reported to the authorities. Mr Dunaway had flown the flag as a symbol of his Islamic faith for over ten years, far before the idea of ISIS was even conceived.

Mr Cameron’s calls to effectively criminalise the shahada flag are as unreasonable as any attempt by a Muslim nation to ban the Union Jack or St George’s Flag because of the actions of the BNP and EDL. The latter distinction has been noted by Warwickshire Police whose advice to someone who complained of her next door neighbour flying a St George’s Flag on his window and having Nazi memorabilia in his house was:

“If the man next door has extremist beliefs as long as the material is kept within his private dwelling then he commits no offence. Unfortunately the St George’s flag has become a symbol of right wing political parties but it does not automatically mean that a person who displays such a flag shares those views, they could be an avid football fan and/or very patriotic, which are two entirely different things.”

The prime minister would do well to remember the advice the father of celebrated Northern Ireland leader John Hume once gave him: “You can’t eat a flag“, meaning that real politics is about living standards and social and economic development, and not about waving flags at one another.

Leave the flag alone Mr Cameron as it will only antagonise 3 million of your citizens. Focus on the real issues and reasons for the rise of ISIS.